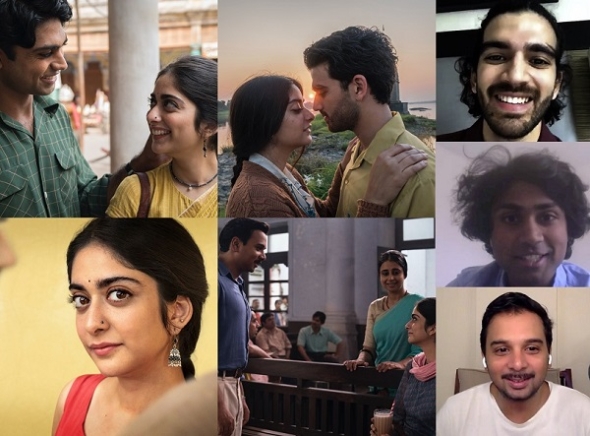 DIRECTOR Mira Nair’s epic TV adaptation of Vikram Seth’s novel, ‘A Suitable Boy’ dropped on Netflix earlier today (October 23) and the reaction in India, where it is set, has been mixed.

Firstpost (see link below) found it ultimately fulfilling, thanks to the final episode in a binge watch, but lamented that Nair’s vision wasn’t strong enough and despite strong acting and fine production, episodes and characters didn’t hang together coherently.

Indian Express on the other hand, praised the six-part series for its uplifting vision, fine acting and sumptuous production values – concluding it was worth your time, even if some elements were off track.

Here in the UK, the series screened as a world premiere in July/August and generally opinion was positive.

It is thought the series averaged around three to four million viewers with the BBC stating the first episode (quite probably the most insipid in our humble opinion) garnered 4.6 million.

We thought the series gathered momentum and did win over those who wanted it to do well – for the very first time a prime-time BBC drama had a 100 per cent South Asian origin cast. There were only two British based actors – Mikhail Sen and Shubham Sarif in the series.

That fact did upset some here – especially as it was British taxpayers’ money that made it all possible in the first place.

In many ways for us, the stars were the new talent that has truly emerged – Tanya Maniktala especially.

If you want to know more – watch these below, read our reviews and our interview with Nair in Cannes last year before she had started filming this.

The series remains on BBC i-player for viewers living in the UK (and should be till July 2021 – see link below).

These are re-edited and extended interviews…

Mira Nair on A Suitable Boy before filming (Cannes 2019)

Privacy & Cookies: This site uses cookies. By continuing to use this website, you agree to their use.
To find out more, including how to control cookies, see here: Cookie Policy
← My top 5 (or 6 or 7…) of 2017 – Suman Bhuchar
Film 2017 – our year review – part 2/2 ( cont. July to December) Ranbir Kapoor, Farhan Akhtar, Toilet, Adeel Akhtar, Khans, LFF, Arth and Prince of Nothingwood →