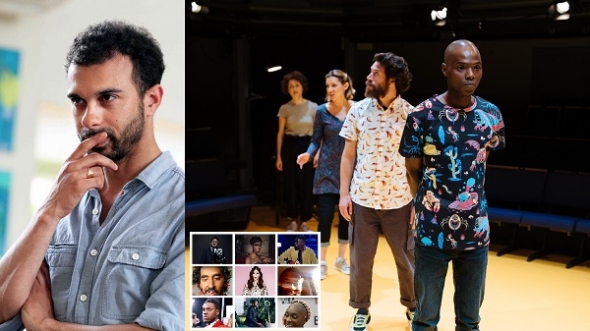 FEARS that theatres and other organisations which nurture grassroots ethnic talent could get left behind in government plans to revive the sector has galvanised more than 50 leaders to press the Culture Secretary Oliver Dowden on the issue.

In an open letter (see below) to the secretary of state for the department of Digital, Culture, Media and Sport (DCMS), published today (May 28), the 85* directors who represent theatres and other organisations, point out that many international stars of stage and screen have emerged from the vibrant creative scene among Britain’s diverse communities – and that they must be heard as the government considers how to get the sector back up on its feet.

Last week, the Society of London Theatre (SOLT) and UK Theatre announced that it was feeding into a new Entertainment and Events Working Group, which will help to formulate department thinking on how the sector could be restored as the government continues to manage the coronavirus crisis. A government taskforce has been created to look into how sport, culture and theatre can resume.

Matthew Xia told www.asianculturevulture.com the letter was composed in a matter of hours and was prompted by worries that the progress made on diversity could be now squandered unless action was taken to consider theatre from every vantage point – not just the West End or other high profile organisations.

As the letter states, over the last ten years there has been a flourishing conveyor belt of British ethnic talent that has made it from a variety of theatre and other entry media all the way to Hollywood.

“We are concerned that Diversity could get left behind and our voices not heard.

“The pipeline that produces this talent is important and we represent a wide range of organisations, heritage and grassroots groups.”

The letter had been organised and compiled by Xia, Hannah Azieb Pool (Bernie Grant Arts Centre), Natalie Ibu (tiata fahodzi) and Kwame Kwei-Amah (The Young Vic) and others became signatories as word got out about the move.

Xia said the letter had already prompted discussions between a group of black assistant theatre directors and the letter had been shared with some similar groups and bodies outside the UK – before publication.

“We wanted to get the language right and everyone on board,” he added.

Theatres have been closed since the nationwide lockdown on March 22 and as yet there is no indication of how the sector will emerge from the restrictions. Some theatres have furloughed staff and freelances have sought help through other government schemes. Dowden announced on May 21 that a government created taskforce will examine how best the arts, cultural and sporting sectors can emerge from the ongoing public health emergency.

Xia said the letter today has been acknowledged by DCMS – but it has not responded formally.

“An open letter to the culture secretary from black, asian & ethnically diverse theatre artistic directors and cultural leaders on the importance of protecting representation in the sector…

Throughout the last decade, British theatre has led the world with regard to the Black, Asian and ethnic diversity on our stages. Many of those actors are now international names: John Boyega, Idris Elba, Gemma Chan, Dev Patel, Cynthia Erivo, Daniel Kaluuya, Benedict Wong, Cush Jumbo, Letitia Wright, the list goes on.

Equally as exciting, the last few years have seen an explosion of world-leading Black, Asian and ethnically diverse artists transforming major UK theatrical organisations, from touring, to off-West End, to pioneering regional theatres and cultural institutions. Our programming choices have demonstrated that inclusivity is a major contributor to our success.

The Covid-19 crisis threatens all aspects of the theatrical ecology, but catalysed by the revelations of the racial disparity in the health crisis, this group of Black, Asian and ethnically diverse artistic leaders call on the government and the sector to ensure the progress we have collectively made does not fall by the way-side.

We insist that ethnic diversity is protected and celebrated in policy going forwards and propose that any task-force or group gathering to speak about the future of our industry seeks out consultation from Black, Asian and ethnically diverse leaders to ensure this commitment.

We are a great British success story, and will be essential to the arts returning at full strength and playing its part in our nation’s recovery.