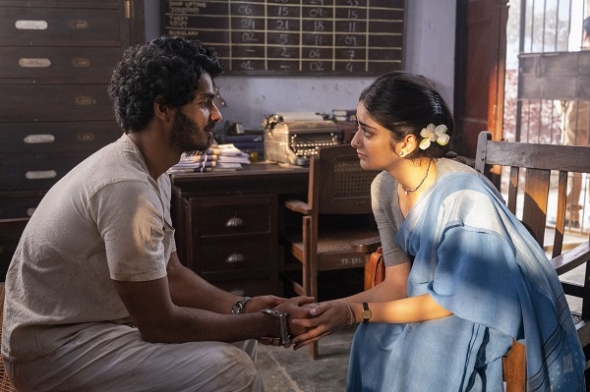 Stereotyped and dated, and unhelpful to modern mores – or faithful to the source material and the time? Our writer weighs up what she made of it all – especially Lata’s choice of husband...

AFTER a month of audiences championing their favourite suitor for Lata (Tanya Maniktala) and cheering for Maan’s (Ishaan Khatter) mischievous but lovable nature, the long-awaited ‘A Suitable Boy’ came to its finale on BBC1 tonight. And we wonder how many people were happy with Lata’s final decision?

Over the past few weeks, we’ve seen almost everyone in Lata’s life express their opinion on what kind of ‘suitable boy’ Lata should marry. As a result, Lata found herself torn as her heart belonged to fellow student, Kabir Durrani (Danesh Razvi) – a man who her family wouldn’t accept as he’s Muslim.

Although set in 1951, Lata’s journey in navigating between love and duty presents universal themes that still exist in today’s society, particularly when it comes to the lives of young South Asian women.

We’ve all cringed at Lata’s mother’s (Mahira Kakkar) pushy persistence as she insisted, “You too will marry a boy I choose”. And while some may think the concept of arranged marriage is long gone, you only need to watch Netflix’s ‘Indian Matchmaking’ to see it’s alive and kicking, in both the East and West. As we see matchmaker, Sima Das, present biodatas (essentially CVs) of different religions, castes, heights and skin colours, Lata’s mother sifts through a similar batch of men and chooses based on the same attributes.

Unfortunately, the pressure to marry is still all too familiar to many South Asian women today. While women may have more freedom on who they can marry, the idea of an unmarried woman in the South Asian community is still uncommon and the subject of much gossip. And it often leads to women being forced to marry and not out of choice.

But what’s promising in ‘A Suitable Boy’ is Lata’s quiet confidence as she ultimately makes her choice in the form of steady, dependable shoemaker, Haresh Khanna (Namit Das).

While it may look like a snap decision, we see Lata slowly coming to her preference as she’s advised to “find a man who will give you the space to grow” by Dr Ila Kaul (Charu Shankar). She later muses on poet, Arthur Hugh Clough’s two lines of attraction, where she realises she favours the ‘calmer, less frantic love’ of Haresh Khanna over the ‘unsettling and uneasy’ love of Kabir.

Not only does Lata go against her brother’s wishes by choosing Haresh, she also subverts all traditional norms as she’s the one to propose to Haresh. We’ve become used to many Bollywood scenes of a man chasing after a woman, but in this case, it’s Lata who pursues Haresh before it’s too late. It shows a time when women slowly began gaining their own independence with quiet confidence.

Episode 5 also left us on quite the cliff-hanger after Maan inflicted a potentially fatal stab wound on his best friend, Firoz Ali Khan (Shubham Saraf) in a drunken rage over Saeeda Bai (Tabu).

The forbidden love between a Hindu and Muslim couple is a storyline we’ve become all too familiar with and may seem out-dated. And while we must take into account the time this was set, there is a need to portray more progressive stories to British audiences.

What’s perhaps more relevant in ‘A Suitable Boy’ is the rise of Hindu nationalism, which came to a head in episode four after Maan and Firoz were forced to prove they were Hindu by reciting the Gayatri Mantra to extremist thugs. There are unsettling parallels to what’s happening in India today, where Muslims’ loyalty is being questioned and there have been violent incidents during protests over the country’s controversial Citizenship Amendment Act (CAA) earlier this year.

To condense one of the world’s longest English books into six one-hour episodes is no easy task and although the series felt rushed, we must commend director, Mira Nair, for taking on such a mission.

While there may be some flaws, ‘A Suitable Boy’ is successful in drawing in audiences with the universal, timeless themes of love, family and friendship. As one of the most expensive BBC series (justified by beautiful sets and cinematography) and the first BBC drama with an all Indian cast, we must celebrate the milestone this show has created and hope that it’s the start of richer South Asian representation going forward.

‘A Suitable Boy’ is available on i-player in the UK – https://www.bbc.co.uk/iplayer/live/bbcone

See here for more on A Suitable Boy from http://www.asianculturevulture.com

Who are the actors behind Haresh Khanna, Amit Chatterji and Kabir Durrani? Meet Namit Das, Mikhail Sen and Danesh Razvi…

Privacy & Cookies: This site uses cookies. By continuing to use this website, you agree to their use.
To find out more, including how to control cookies, see here: Cookie Policy
← Amjad Ali Khan and sons, Amaan and Ayaan heading for Southbank Centre for rare performance all together
‘Richard II’ – as it closes, what does it mean to be English? →