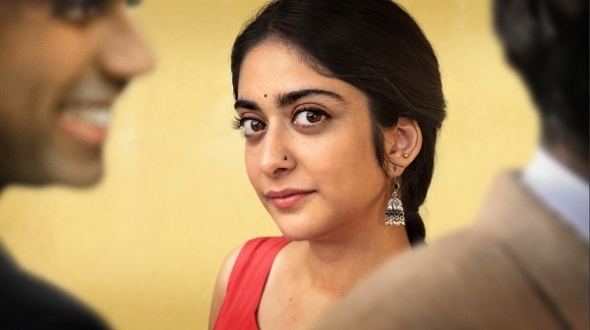 It is one of the most ambitious period drama productions ever mounted in recent times by the BBC and is a TV adaptation of a much-loved modern novel, ‘A Suitable Boy’, by writer Vikram Seth and set in 1950s India…

It is ironic that we see the release of the BBC’s adaptation of ‘A Suitable Boy’ during South Asian Heritage month.

However, there seems to be something missing from this ‘British’ commissioned six-episode series…British South Asian Talent!

Last week, esteemed writer Nikesh Shukla tweeted his disappointment that the series had not been adapted by a South Asian writer.

Shukla further stated: “Every year I hear from South Asian writers being rejected for their shows being too small or lacking experience.”

Many South Asian writers struggle to get their scripts commissioned even on South Asian stories or on stories that have no specificity of ethnicity. Through this vicious circle, what options do South Asian writers have? Why even bother? How can we harness potential writing talent, if that talent is being ignored? British writer Andrew Davies could have easily taken on a British South Asian writer under his wing for this project but didn’t, nor did the BBC think it appropriate.

It appears only two British South Asian actors were cast among the 100 or so Indian actors. This hardly seems proportionate with the surplus of British South Asian talent available. Surely the BBC should have considered this when commissioning a series set in India for a British audience?

Unlike other private TV channels, the BBC is financed by the British license fee paying public. More recently, the BBC have come under fire with the lack of British South Asian talent represented on broadcast television.

Following this pressure, the BBC announced it would address this issue by introducing diversity talent initiatives (see link for detail about this). This all seems redundant when the BBC decides to cast over a 100 actors in a television series, when only two of them are British.

Only when we see Dev Patel star in ‘The Personal History of David Copperfield’ and Himesh Patel in ‘The Luminaries’ do we see some light at the end of the tunnel.

This demonstrates that ability and talent should be considered. With so little opportunities around, it seems unfair and unreasonable British South Asian talent goes unnoticed for a series we are suited for…or is there another underlying reason?

One possibility could be authenticity issues.

Surely, British born South Asian actors can handle an Indian accent set in the 1950s, especially when actors from both countries were not even born then.

Are we incapable of portraying characters of our own heritage? Surely not, especially when we see British Asian actors represented in other period dramas set in India, like Gurinder Chadha’s ITV colonial drama, ‘Beecham House’ for ITV last year and Channel 4 ‘s 1920s-set ‘Indian Summers’ (2015-16).

This one-dimensional casting approach creates a fundamental problem: a segregation of talent which suppresses and prevents healthy cross collaboration. Historically our industry has always been able to collaborate successfully.

In April 2020, Dr Jami Rogers conducted research for the actors’ union, Equity Race Equality Committee into the diversity of peak and scripted programming on four major broadcast channels including the BBC.

This research uncovered major findings with segregation on broadcast television. Dr Rogers states: “If the BBC are serious about on-screen diversity and inclusion, contractually there would have been some provision that ring-fenced a proportion of prominent roles for British South Asian talent.”

Why then must a story set in India only need to have a predominantly Indian based cast?

As an industry, we have always been able to collaborate successfully. It would seem inconsistent when previous productions have worked.

It’s a shame we don’t see International South Asian talent represented on Indian television or Bollywood period movies. Shouldn’t the process be reciprocal especially when exports like Bollywood actress Priyanka Chopra are succeeding in Hollywood? Collaborating amongst an international cast or workforce adds value to a production, especially when different actors of experience are on board.

We see a similar trend amongst our East Asian colleagues on similar issues. The BBC-commissioned drama ‘One Child’, set in China, lacked the presence of British East Asian (BEA) talent in roles.

Instead, the main principal supporting role was given to a French actor. Here, the BBC used Mandarin language ability as a factor to exclude BEA actors from the casting process, however, they cast a French actor in the role who didn’t even speak Mandarin and his role in the production was as a translator.

Don’t get me wrong, I have huge respect for our creatives especially, Gurinder Chadha and Mira Nair.

Both seem to be the only directors championing our stories. My only concern is that as a collective talent base we are being erased by our own commissioners. The BBC must be held accountable for this erasure! Experience, representation and talent should not be ignored! We, too, are of Indian heritage and deserve to be involved in a television series which celebrates our stories.

Irvine Iqbal is an experienced actor, singer and voice over artist. He has worked extensively in television, theatre and films – including ‘The Bill’, ‘EastEnders’, ‘Casualty’ and ‘Doctors’. Iqbal also appeared in West End productions, ‘Aladdin’, ‘Bend it Like Beckham’, ‘The Far Pavilions’ and ‘Bombay Dreams’. He holds an MBA from Westminster Business School and is an Associate of The Royal Academy of Music.

Picture (courtesy of BBC Pictures): ‘Lata’ (Tanya Maniktala) for whom her family are looking for a suitable boy...

More soon on ‘A Suitable Boy ‘ – Cast & director Mira Nair and writer Andrew Davies press conference and respond to questions – including issues about casting, music, adapting the novel and characters…