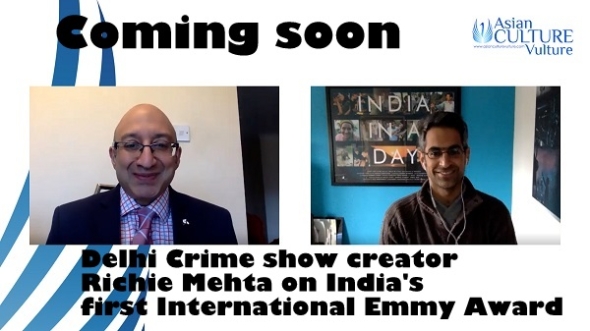 IT WAS ONE OF the most brutal crimes ever recorded and set alight a nation desperate for justice.

The investigation around the Delhi rape case in 2012 and the surrounding tumult it created became the subject of a seven-episode Netflix drama which dropped in March last year and it has just been awarded an International Emmy in the Drama Series category. It won ahead of ‘Charité 2’ (Germany), ‘Criminal’ (UK) and ‘El Jardín De Bronce’/‘The Bronze Garden’ (Argentina).

It’s the first time an Indian-made drama has won what is widely regarded as one of the most prestigious global awards available to episodic filmmakers.

www.asianculturevulture.com spoke to show creator Richie Mehta about what it took to create and the meaning of this historic award.

Mehta is based in London now, but grew up in Canada and has made feature films in India before (‘Siddharth’), but this was his venture into streaming or OTT, as it is popularly known in India.

The interview will be out on our channel on Youtube shortly.

ACV saw two episodes of ‘Delhi Crime’ at its world premiere at the Sundance Film Festival in the US last year (2019) and interviewed Mehta, and leads, Shefali Shah and Rasika Dugal. It only secured an undisclosed Netflix deal there just before its screening and was funded in its making by Indian-content producers.

The drama depicts the investigation into a crime that shocked the world and convulsed the Indian capital of Delhi into riots and social disorder for a time.

‘Delhi Crime’ follows the six-day timeline of how the six rapists were arrested, amid the political pressures and social unrest.

It is in some ways a family drama too – not just a ‘procedural’ (as Mehta described it to us at Sundance), it goes into the background lives of the police officers and the pressures they face outside of work too.

The drama ends with the arrest of the final suspect.

Read the background stories about ‘Delhi Crime’ below and subscribe and get 🔔 notifications, not to miss this interview or our other video content.