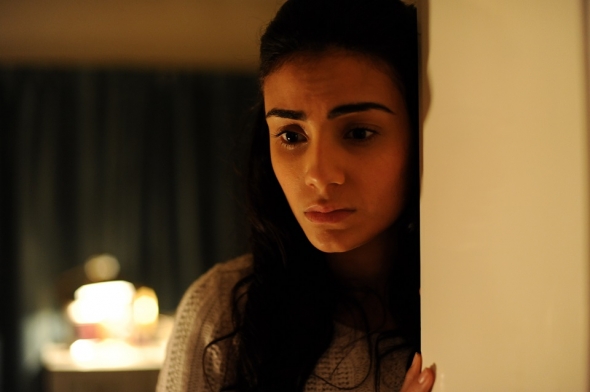 SOME films deserve to be seen more than once.

“Honour” released this weekend is one of them.

See it – because if you don’t, we will probably never see anything like it again and that is to be seriously lamented.

If you only see it once, you might leave the cinema feeling a little underwhelmed – though it has lots of great elements, it appears disjointed.

Director Shan Khan defended his own “fragmented” narrative to us, but it’s matter of opinion and taste in the final verdict.

Second time around when you know exactly what’s happening, it’s much better and far more powerful and the criticism lessens when you can properly appreciate what first time feature film director Khan has done.

That the film has independent hard-man favourite Paddy Considine in a leading role helps to sell its core credentials.

Khan told www.asianculturevulture.com: “I wanted to make an entertaining film, and I wanted to make a thriller that could be put up on a DVD shelf alongside “The Godfather” or “The Warrior“.”

He said that while many communities, such as Italians or Hispanics, have a class of films they can call their own, the British Asian community do not – many are too soft and cuddly, he believes.

“There’s absolutely nothing wrong with films like “Bend It Like Beckham” that can play to a mainstream audience but (British) Asian cinema should not be about flipping a few chappatis, no.

“It’s patronising. Let’s make the kind of movies we want to make.”

Paddy Considine plays a bounty hunter with a rich and colourful past and it helps him in his line of work...

He has. He should be applauded and even if it doesn’t quite hit the highest mark, there’s too much in what he says to just ignore and he’s definitely a talented filmmaker that has something to say.

“Honour killing is a terrible thing and it is still being practised in the 21st century, so there was a desire to tackle the topic without turning it into a worthy movie that you do not want to see.”

It tackles head on the idea of family honour being almost exclusively wrapped around women (and one could argue their bodies).

Mona (Aiysha Hart pictured above) is independent, sparky, beautiful and sure enough she attracts the attention of estate agent colleague, the dapper Tanvir (Nikesh Patel). The two embark on a passionate relationship and knowing the disapproval it will cause agree to elope.

This is where their plans go very awry – and it’s very believable because Khan constructs the composition as someone who knows the contours of Asian and Muslim culture and beliefs and does it with complexity, sympathy (only to a point obviously) and understanding.

This is important because all too rarely as he told us, this story is being told from the inside.

“When people try to take a topic like honour killing, and try do something with it, they are looking at it from the outside in, rather than from the inside, out.

That way, you can forget the ethnicity or the particular cultural milieu the characters are rooted in. It’s a family drama driven by characters who have a very sure sense of themselves, most of the time.

Led by Mona’s widowed and unwavering mother (Harvey Virdi), a plan is hatched and elder brother Kasim (Faraz Ayub) agrees to execute it.

Macho, tough and uncompromising, Kasim is a character you won’t forget quickly. He has some memorably choice and vile words for Tanvir.

He’s another character rooted in a believable reality – though some might find his line of work incompatible with his rather exacting beliefs – there’s more than a ring of truth to men like Kasim to be simply dismissed as an invention of the imagination and again Khan lets you see into the brother’s dark soul.

“It shouldn’t be overlooked that Kasim is conflicted, things are not black or white like that,” explained Khan.

He’s almost goaded into thinking like his powerful mother.

“When there is not father on the scene, there’s unhealthy thing that happens in Asian society, he becomes like a surrogate husband,” said Khan.

He also makes the important point that honour killing is not just a trait inimical to the Asian communities.

“You can stick your head in the sand and deny that it’s happening or try to help one’s culture be dragged into the 21st century. It’s not particular to just Asians, it happens to Eastern Europeans and Africans.”

On many levels, Khan avoids easy stereotypes and in doing so produces a film of rich and captivating complexities – tackling such topics as interracial racism, rarely acknowledged.

“It was very conscious not to make it a white guy (Mona runs away with), it highlights that there is racism within our community, it could be against Punjabis or derived from the caste system. There’s interracial racism and I certainly wanted to highlight that.”

Mona’s lover is Muslim like herself but happens to come from Punjab (the Pakistani side).

Khan praised the role played by his producers, Jason Newmark from Company Pictures and Nisha Parti, from Parti Productions,and managed to raise a decent budget. (At a Q&A last month as part of the Asia House Pan Asian Film Festival, he said it was £2.5 million).

“It was easier than I anticipated and partly down to the producers and the financiers who got behind the project very early on.

“I thought it would be three to five years and I didn’t know what kind of budget I was going to get. I was prepared to make it for £10,000.”

Khan’s love of films comes from his Dad putting his son in charge of the video section in their mini-market store in Scotland.

His first love was acting and after studying at the Royal Scottish Academy, he went onto reprise many TV roles, taking the lead in Channel 4’s “Bombay Blue” before becoming bored, cast too often as a waiter or doctor, he told us.

He has enjoyed success as a theatre writer and among his work is “Cleanskins” and the musical “Gaddafi” (with music from the Asian Dub Foundation) and his short film, “The Candy Bar Kid” was nominated for a BAFTA.