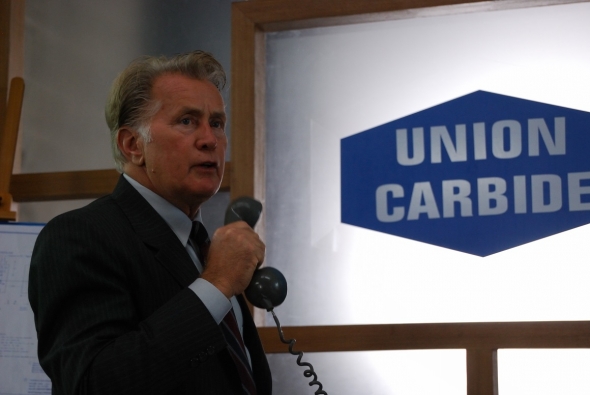 TWO POWERFUL films made to stir social consciences and inspire debate and action, head the pick of the South Asian angle films at this year’s Asia House Pan-Asia film festival, which starts on Wednesday (February 26).

The two-week long festival features the star-studded, “A Prayer for Rain” about the Bhopal tragedy, and “Honour” in which a young Asian woman is at loggerheads with her family over the issue of love, and written and directed by Brit Shan Khan.

In what will be a UK gala premiere, actors Martin Sheen (“The West Wing”) and pictured above, Mischa Barton (“The OC”) and Kal Penn (“Harold and Kumar Get the Munchies”) all appear in “A Prayer for Rain”, which will close the festival on Sunday, March 9 at the ICA, off The Mall.

It is based on the terrible events of December 2-3 1984, when lethal gases escaped from a Union Carbide factory in the city of Bhopal, India and killed more than 2,000 people immediately. A further 8,000 died within two weeks and the film covers the catastrophe and the events leading up to it through a number of different characters. The disaster remains the biggest industrial calamity of our age.

Thriller film “Honour” starring Paddy Considine and rising talent Aiysha Hart will enjoy a London premiere on Saturday, March  8, and will include a panel discussion with Khan and cast members from the film.

Showing at the Genesis cinema in Whitechapel, London as part of the East End Film Festival’s Cutting Youth festival, it is a film with eerie echoes of real life honour killings.

Hart plays a young Muslim woman who falls for a Muslim man –  but one outside of her family’s  community and their relationship is largely a secret.

She plans to elope with him but is soon drawn into a deadly web with the family determined to wreak retribution for what they see as their family honour being denigrated. The film is set to be released in UK cinemas in April.

There are eight other films all made in Asia which get a screening during the festival.  Most of the screenings are in London but there are three in other parts of Britain, including a couple in conjunction with the Glasgow Film Festival (February 20-March 2).

Opening the festival is the UK premiere screening of “Unforgiven” by Japanese director Sang-il Lee.

A Japanese adaption of the Clint Eastwood film bearing the same name, this production transports the audience to 1880s Japan and stars Ken Watanabe as an aged warrior coaxed out of retirement.

There will be a Q&A with director Lee following the film. It will enjoy a UK Warner Brothers release from Friday (February 28).

Among the other highlights is a UK gala premiere screening for a Chinese version of “Dangerous Liaisons” set in the 1930s and also based on the “Les Liaisons Dangereuses” by the French 18th century writer, Pierre Choderlos de Laclos.

Zhang Ziyi (“House of Flying Daggers and “Memoirs of Geisha”) stars alongside Cecilia Cheung and it is directed by Jin-ho Hur from China.

In all, there will be 10 films screened during the festival and these include other productions from Japan, Cambodia (“The Missing Picture”, a documentary about the Khmer Rouge which won the Un Certain Regard category in Cannes last year), Thailand (“36”,  “Mary is Happy”) and Iran (“Kami’s Party”).

“With a focus on the most powerful new films from both established and new directors, reflecting the challenging nature of Asia in a globalised world, Asia House Pan-Asia Film Festival has built a reputation for screening the most dynamic and challenging cinema from all over Asia.

“With films from Iran to Japan presented in the UK for the first time, the festival allows audiences to explore and comprehend Asian cultures via films, Q&As and events,” said a spokesman for the festival.

This is the sixth edition of the film festival, which is sponsored by Prudential plc and the second managed by the same team behind the East End Film Festival. Asia House is a London-based cultural and business institute dedicated to fostering better understanding and strengthening relationships between the UK and Asian countries.

*Look out for special previews on “Honour” and  “A Prayer for Rain” coming to www.asianculturevulture.com soon!