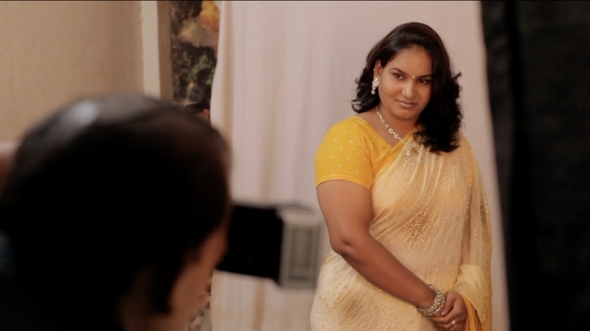 New film explores what marriage means for women in India…

MARRIAGE is an expensive business – as most families will tell you.

But what about the emotional expenditure?

Sarita Khurana’s and Smriti Mudhra’s film ‘A Suitable Girl’ goes to the very heart of this question and explores it in Indian context.

Premiering earlier this year at the Tribeca Film Festival, in the US, this got its first screening outside of its home at the Sheffield Doc Fest(June 9-14) earlier this week. Both filmmakers are Indian American and based in New York.

Focused around three youngish women (one turns 30 in their film), it follows the path to love and marriage.

Or should that be marriage and love – for here, the marriages or the prospect of them are traditional and arranged – assisted or supported – whatever the phrase you want to use.

Having said that, there are some real surprises along the way.

“People don’t see the topic of marriage presented in this way, especially in India,” described Khurana to www.asianculturevulture.com in Sheffield earlier this week. “They are very surprised by it; it does not match expectations and is very revealing.”

The trajectory of the three women – Ritu, Deepti (pictured above) and Amrita is quite different, despite the intended destination being marriage. Ritu even has a mother who is a professional matchmaker.

“Ritu really doesn’t want to get married. She wants to stick to her career, she works for Ernst & Young (EY), has a degree from the LSE and if it was up to her she wouldn’t get married for a few more years but she knows the family pressure, she knows she has to do this.”

It is something Khurana and Mundhra know themselves – having graduated and then developed careers, their families were still rather keen on them settling down.

“I think it’s what brought us to this subject,” revealed Khurana. “We felt the same pressures and we were very interested in how young women in India were dealing with this.”

In India, the pressure is unavoidable – any woman in her late 20s and early 30s and not married often arouses suspicion and distrust – unless there are compelling family circumstances – such as a widowed mother.

Ritu (c) on the train

In the film, Deepti is approaching 30 and very keen to find a husband.

“She really wants to get married and is trying and trying and not succeeding. She’s such a great young woman and I think will be drawn to her as a character, and it’s heart-breaking to see it not happening for her.”

In some ways, that is only half her story, but to give you the other half would be to give away an unexpected and revealing narrative.

Amrita is different from the other two in that she is already engaged and ready to embark on a new married life.

Amrita has an MBA, many friends and knows her way around Delhi’s entertainment offerings but she is ready to give that all up for love and her husband.

She accepts she has to move to a small town in Rajasthan, where her husband and his family run a light manufacturing company.

“Everyone thinks she is crazy but she says ‘nobody is forcing me to do this; I really want to marry this guy’ and she’s optimistic about working in the family business,” explained Khurana.

Both she and Mundhra didn’t set out to find a particular narrative and what they found surprised and delighted them – to an extent.

“The women are still expected to adjust the most – they are the ones who have to move, leave their families, give up their careers and accept the values of their husband’s household.”

Over the last 20 years, the role of women in India has changed – many are expected to earn a living and in most educated circles, forge a career and exploit prospects, as well as get married and raise a family.

While these women have individual and relevant stories to tell, the larger picture is one of a society where women still struggle to do whatever it is they want to do.
Made with private funds, ‘A Suitable Girl’ is looking for distribution.