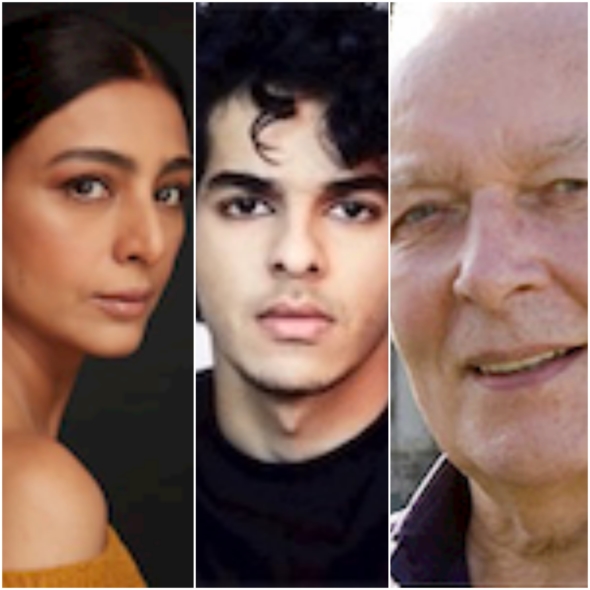 FOR the first time a BBC drama will have an all Asian cast.
Mira Nair’s much anticipated six-part TV series adaptation of Vikram Seth’s novel ‘A Suitable Boy’ (1993) will be broadcast from Sunday, July 26.
The series has run into controversy though for being scripted by Andrew Davies, most famous for his BBC screen adaptation of ‘Pride and Prejudice’ (1995).
Nikesh Shukla, novelist and editor (best known for ‘The Good Immigrant’), raised the question of why ‘A Suitable Boy’ didn’t have any South Asian writers attached to it.

Tuyafel Ahmed took up the point in an article for Radio Times published this afternoon (July 13), asking the same question and saying it didn’t seem quite correct – not to have any South Asian British writers on such a BBC One drama. It’s been reported that Seth was very particular about how his novel should be adapted and by whom – Davies is hugely experienced and regarded as a doyen of adapting classic period novels for British TV.
Ahmed makes the point that there has been a renewed emphasis on diversity in the wake of the Black Lives Matter movement, with both the BBC (a new £100m) and ITV (Diversity Acceleration Plan) both committing resources and devising new initiatives to improving output and working with more diverse talent. There was also the letter organised by Nisha Parti, film and TV producer, calling for the UK industry to wake up to diversity issues and act, while another one representing TV professionals demanded equal treatment.
Nair chose the largely unknown Tanya Maniktala to play the main part of ‘Lata’. In the other main roles are Bollywood idol, Ishaan Khatter and the iconic Indian actor, Tabu.
Seth’s novel starts in a period just after the Partition of India in 1951 and tracks the journey of a Bengali (Kolkata) family’s search for a suitable boy for their daughter.
In Nair’s previous interviews with www.asianculturevulture.com, she told us how she insisted she have a 100 per cent main Indian cast and shot the series in India itself. She last talked to us about it during promotions for her new musical coming to the UK, ‘Monsoon Wedding’ – now rescheduled in London from July 16 2021 . See here her talk about just ‘A Suitable Boy’. See for the story http://asianculturevulture.com/portfolios/a-suitable-boy-the-crown-made-brown-quips-filmmaker-mira-nair-on-her-first-tv-project/.

ANNOUNCED today is a sequel to the searing and heart-breaking drama that told the story of the murder of Stephen Lawrence.
ITV said it is commissioning a three-part drama series – ‘Stephen’ – which is supported by both parents, Doreen and Neville Lawrence – to tell the story after the 18-year-old was murdered by a racist gang, while waiting for a bus in South London in 1993.
There will be a repeat of the BAFTA-winning original BBC drama, ‘The murder of Stephen Lawrence’ broadcast on Thursday (July 16) and it will be proceeded by a live discussion programme, ‘Stephen Lawrence: Has Britain changed?’.
The new drama will pick up from 2006, 13 years after Stephen’s murder and chart the on-going journey for justice of the Lawrences. It will chronicle the role DCI Clive Driscoll played, with the close cooperation of the family, in securing the conviction of two of the gang who murdered Stephen.
Baroness Doreeen Lawrence said in light of recent events and the ongoing issue of police racism, it was right for these subjects to be spotlighted by a new drama.
“I hope that the film and the drama which has been commissioned will provide some insight into what we went through and give some hope to others that justice can eventually prevail.”
Neville felt the fight for justice must continue everywhere and that the most effective way to combat it was through non-violent resistance.
Welcoming the drama, he said: “I am heartened to see people from all backgrounds who have come together peacefully across the country to show they will not tolerate racist attitudes.
“I hope this new film will further help raise awareness.”
The drama, ‘Stephen’ will be directed by Alrick Riley ‘The Cops’, ‘NCIS’ and ‘Hustle’ and produced by Madonna Baptiste (‘The Stranger’, ‘Black Mirror’ and ‘Silent Witness’. Writers Frank and Joe Cottrell Boyce will script.
In 1999, the BBC broadcast ‘The Murder of Stephen Lawrence’ written and directed by award-winning film director Paul Greengrass. He will serve as an executive producer alongside Jimmy Mulville and Jed Mercurio (who was behind ‘The Bodyguard’) for production company, Hat Trick Mercurio.

On a slightly different note – but exercising many in India and around the world, is the health situation of one of the Indian film industry’s most illustrious families.
Over the weekend, Amitabh Bachchan, 77 and son Abhishek, 44, revealed on Twitter that they had both tested positive and were in hospital in Mumbai – in India, it is not unusual to be quarantined in hospital.
Neither were reported to be in any particular distress today and were said to be exhibiting only mild to no symptoms. The older Bachchan, The Big B, as he is affectionately known, took to Instagram, in his latest post, around 4.15pm (British Summer Time)/8.45pm Indian time, to express his gratitude to all who had expressed good wishes and were supporting the family through prayers.
Yesterday (July 12), it emerged that both Aishwarya Rai Bachchan, Abhishek’s wife and their daughter, Aaradhya had also tested positive. They are quarantining at home and have been in touch with the local authorities for contact tracing and further other public health measures, according to media reports. Some Indian websites are posting updates in real-time.
India has a mixed picture on Coronavirus currently, some parts have low levels, while in some of the big cities, infections continue to grow and the monsoon and traditional Dengue contribute to a difficult public health situation, generally. Many areas no longer have a lockdown.