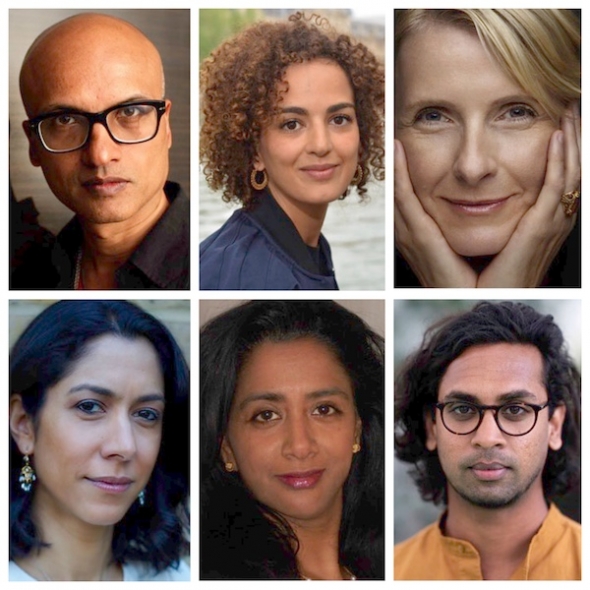 Women who made their own British Raj, trending UK authors (of colour too), and Bollywood glitz to be found in the Pink City…

IT IS BILLED ‘as the greatest literary show on earth’ and in terms of sheer numbers there is nothing like it.

The 13th edition of the festival gets under way tomorrow (January 23) and closes on Monday (January 27) with some 500 authors descending on the royal city of Jaipur in Rajasthan – and mostly to be found in Diggi Palace there.

Among the headline authors are ‘Eat, Pray, Love’ writer Elizabeth Gilbert; Booker shortlisted Indian novelist and poet Jeet Thayil, French sensation Leïla Slimani, whose ‘Adele: A Novel’ (2014) and ‘Lullaby’ (2018 ) were critically acclaimed and sold in huge numbers around the world.

Suketu Mehta, the man behind ‘Maximum City’, a best-seller and one of the best books ever written about Bombay (Mumbai), returns to India, will be another huge draw.  Now based in New York and associate professor of journalism at New York University, he is currently writing a non-fiction work on immigrants living in the Big Apple.

The festival begins with an opening ceremony and a keynote address ‘The Arts, Sciences, and Creativity’ to be presented by Marcus du Sautoy, the Simonyi Professor for the Public Understanding of Science at the University of Oxford.

Several authors will further discuss the connections between art and science at the festival, among them British writer John Lanchester, and Indian Jaspreet Bindra who will delve into the world of surveillance, privacy, data harvesting and the future…

Sanjoy K Roy, managing director of Teamwork Arts that delivers the festival, will also discuss artificial intelligence and creativity with du Sautoy in a keynote session.

Poet Laureate Simon Armitage will also be in Jaipur, as will British based historian and now well-known broadcaster Simon Schema.

In what is described as a ‘landmark sesson’ British-based authors Katie Hickman and Bee Rowlatt will discuss ‘She Merchants Buccaneers and Gentlewomen: British women in India’.  The role of British women in the Raj has been relatively under-reported, but now through diaries, letters and memoirs, these authors have uncovered a fascinating history.

Scottish author Damian Barr will host a session entitled, ‘Where does fiction come from?’ with a stellar line-up of authors in Jaipur, including Gilbert, Slimani, Lanchester, Jacobson, and Avni Doshi.

Sunday Times foreign correspondent Christina Lamb is in Jaipur to talk about her work and covering global conflicts and is joined by Lindsey Hilsum (Channel 4) and Dexter Filkins (The New York Times and New Yorker) and current BBC India correspondent Rajini Vaidyanathan.      \

UK Jhalak Prize co-founder Sunny Singh will also be in Jaipur this year.

A novelist and academic, she along with writer Nikesh Shukla, set up this literary prize for authors of colour living and working in the UK to address the lack of recognition for emerging authors of colour in Britain.

The 2019 Jhalak recipient Guy Gunaratne heads to Jaipur for the first time. His book, ‘In our mad and furious city’ won a string of other awards – an especially impressive feat for a debut author and his book was also longlisted for the Man Booker Prize in 2018.

There is a smattering of Bollywood glitz too with actor and activist Dia Mirza and prominent critic and broadcaster Anupama Chopra among the speakers in Jaipur. Indie director and self-confessed Shakespeare addict Vishwal Bhardwaj graces the festival too.

One-time actor and now  leading indie director, Nandita Das returns to the festival to talk abut her first book ‘Manto and I‘ inspired by her film, ‘Manto’. In 2018, she and lead actor Nawazuddin Siddiqui attended the festival to talk about one of the great Urdu writers of the 20th century, Saadat Hasan Manto, whose work reflects the pain and division caused by Partition and was the subject of her narrative feature film which premiered in Cannes in 2018.

Speaking of Partition, British author Kavita Puri, who wrote about her book, ‘Partition Voices’ for www.asianculturevulture.com will also be in Jaipur. A prominent journalist and broadcaster, she made the landmark BBC radio series, ‘Three Pounds in my pocket’ chronicling post-war immigration from South Asia to Britain.

There are also sessions on the environment with former Indian environment minister and still MP Jairam Ramesh in attendance, rising Asian power, with both present and former diplomats – and now authors – lending their expertise to the sessions, as well as talks about languages, translation and launches of new books at ZEEJLF.

As is customary, there is a music programme, delegates are greeted to music on the main stage at Diggi Palace every morning before sessions start and on four evenings of the five – there are concerts with top line international artists at Clarks Amer, a short distance from Diggi Palace in Jaipur.

For the full programme see
https://jaipurliteraturefestival.org

Asia House’s (London) Priyanka Mogul is in Jaipur and picked some of her highlights for the festival: https://asiahousearts.org/jaipur-literature-festival-2020-the-sessions-were-most-looking-forward-to/

ACV coverage of the ZEEJLF on our YT channel, see here Marlon James 2016 and other videos https://www.youtube.com/watch?v=ZJNko0dYwrk&t