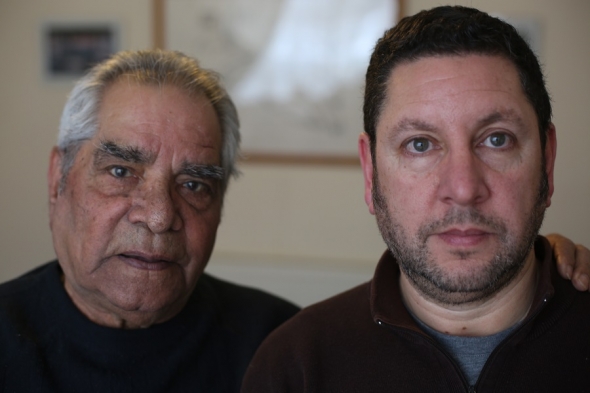 IN HOMES dotted across Britain are people who bore witness to one of the most tumultuous events of the twentieth century.

But how many have spoken, or been asked about what they witnessed during the bloody partition of British India into the new nations of Muslim-majority Pakistan and Hindu-majority India.

The people who lived through it are our neighbours, acquaintances, family members. They are a vanishing generation. If we do not ask now we may never hear their stories, which are our stories too, of where our roots are.

For the past year I have been speaking to British Asians and colonial British about this time for a BBC project called ‘Partition Voices’.

I have travelled from Dundee to Dorset hearing remarkable first-hand accounts of the division of British India and its legacy in Britain today.

Many were speaking for the first-time. But I also heard stories from the second and third generation, of how their lives too were shaped by this event.

Many who lived through Partition did not speak about that time – it was too traumatic – and a difficult history to tell – one in which all sides were complicit in violence.

As they built their lives in Britain they did not dwell on the past. But 70 years on, something is now changing.

Urvashi Butalia the celebrated writer on Partition and author of The Other Side of Silence” says that “there is a sense that people now feel if they don’t speak it’ll be lost forever….but there is also another difference too…..we are listening and people are talking because they feel there is a sympathetic and enabling environment in which people are listening….these anniversaries have created a sense that yes we do need to remember the past, we do need to think about it, people are finding it possible to speak much more than they did.”

Iftkahr Ahmed recently told his son about the extraordinary, death-defying escape he had made from Delhi to Lahore in 1947.

Hearing about what his father had survived as a teenage boy was an emotional moment for Iftkahr’s son Nick.

“Even now”, he said, “you well up”. It had been so deeply buried that Iftkahr had never told Nick about the nightmares he had where he thought he was going to be killed.

Since the Radio 4 ‘Partition Voices’ series came out which documents the lived experience of Partition – its horror and the moments of humanity that emerge – I have been contacted by so many people, British and British of South Asian heritage, who had no idea of this piece of history – our shared history – which goes back many hundreds of years.

Many were surprised that they were not taught this period of history at school. But with the events and programmes around the anniversary, and the oral history projects rushing to record peoples’ testimonies – across the country people are beginning to ask their parents and grandparents about that time.

One woman got in touch to say her 89-year-old father shared his “awful” story for the first time upon hearing the radio programmes, and that they had been the “catalyst for Dad to talk about his own painful experiences – how he kept quiet for 70 years I do not know”.

As I watched the Passchendaele 100-year commemorations (marking the First World War), and heard subsequent generations talk of how they never knew about their relative’s past, I feel we are lucky enough to have a small window of time to ask those who are still alive.

I have met too many people who regret not asking family members, or are trying to piece together their history after it is too late. Not everyone will want to talk, but at least we will know that we started the conversation about what they lived through and where it was that our ancestors came from.

Kavita Puri is the editor of Our World and presenter of ‘Partition Voices’ on BBC Radio 4, listen to the three-part series online at http://www.bbc.co.uk/programmes/w3csvntb