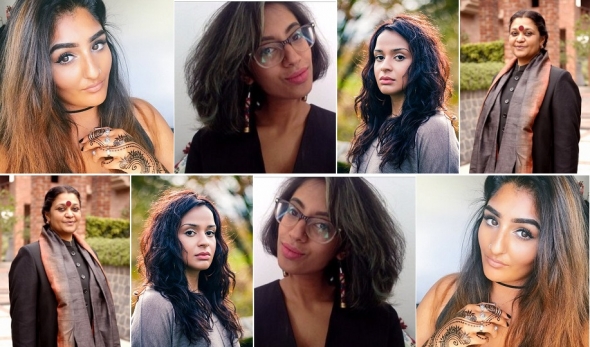 DANCE supremo Mira Kaushik, young playwright and performer Ambreen Razia, and diversity champions, Roshni Goyate and Leyya Sattar, are all up for WOW Women in Creative Industries Awards next week.

In its third year, the awards ceremony is held on the same day WOW – Women of the World Festival (March 7-12) – opens and the awards seek to turn the spotlight on those women making a difference in the arts and the creative sphere.

As well as the awards, the festival has a few events and speakers of special interest to a South Asian audience. We preview them below, but first the nominees in the awards…

Mira Kaushik is the artistic director of Akademi, one of the country’s oldest South Asian dance outfits. In existence for more than 40 plus years, Akademi has covered the full range of Indian dance styles and helped to popularise both Kathak and Bharatanatyam dancing styles in the UK. Unusually, Kaushik has no dance or choreography background, but is a formidable creative organiser and producer.
Her company has reached new heights: earlier this year, its world premiere of ‘The Troth’ (see short review at the bottom), a World War One dance piece adapted from an original Indian short story, took place in Jaipur as one of the evening functions hosted by the world’s largest literary gathering, the Jaipur Literature Festival. You can read an interview with Kaushik and about ‘The Troth’ in Jaipur here.
Kaushik is up for a Fighting the Good Fight Award, ‘in recognition of a woman who has demonstrated great tenacity and on-going commitment to excellence within the creative industries’. Also nominated are: novelist Kate Mosse; visual artist Rachel Whiteread; activist and writer Lois Weaver; Sarah Frankom for her work at the Manchester Royal Exchange; and Gilly Adams as BBC writer development director and founding member of the Magdalena Project which is an international theatre network.

Roshni Goyate and Leyya Sattar set up The Other Box – a digital platform which highlights diversity and creativity and draws attention to those working in these areas. The pair have been nominated for the Breaking New Ground Award. This is for ‘women who are innovating with new technologies and digital projects or breaking new ground with cutting edge thinking’. Goyate and Sattar are up against Gal-Dem magazine founder, Liv Little; Bristol Watershed creative director Clare Reddington, for her her work on Pervasive Media Studio, a special digital platform; founder of AVANTgarden on Instagram and musician, producer and dancer FKA Twigs; Grammy winning engineer Imogen Heap; charity enabler and founder and CEO of playmob, Jude Ower.

Ambreen Razia shot to prominence with her one-woman tour de force, ‘Diary of a Hounslow Girl’. Widely acclaimed and gloriously original, it looks at the life of a 16-year-old hijabi-wearing girl whose life experience is both tumultuous and mostly hidden from those closest to her. Her play went on tour and returns later this year with a new actor reprising the humorous, entertaining and insightful lead character. Razia is up for the Outstanding Achievement Award 2016-17. The other nominees are visual artist Lubaina Himid; visual artist Phyllida Barlow; playwright Alice Birch; theatre actor and director Josette Bushell-Mingo; and filmmaker Hope Dickson.

Among the judges for these awards is writer and editor Nikesh Shukla, the man behind the ground-breaking, ‘The Good Immigrant’.

Elswhere the WOW festival supported by Bloomberg, and hosted from the Southbank Centre in London, will see author and broadcaster Anita Anand talk about surprising suffragette Princess Sophia Duleep Singh, on the 100th anniversary of women first getting the vote.

Human rights activist Gulalai Ismail will talk about her experiences in Pakistan, and will be presented with the 2017 Anna Politkovskaya award. The Refusing to be silenced session will also feature tributes to Indian journalist Gauri Lankesh, who was murdered just outside her Bengaluru (Bangalore) home and was an outspoken critic of right wing nationalism; and Jamalida Begum, a young Rohingya woman who has spoken about rape and torture as a refugee from the conflict in Myanmar. Both Ismail and Anand will feature on Saturday (March 10).

Mumbai based Nidhi Goyal, blind activist and comedian, is one of the panellists of No More, which discusses the need to end violence, harassment and the suppression of women’s voices. Also on the panel are one of the co-founders of Black Lives Matter Patrisse Khan-Cullors. She joins Laura Bates, author Everyday Sexism and Misogynation: The True Scale of Sexism, Dr Shola Mos-Shogbamimu, lawyer and founder of ‘Women in Leadership’ publication.
Broadcaster and presenter June Sarpong presents a keynote address, looking at the business case for diversity, leaning on her ‘Diversify’ which offers ways for companies to improve their stance. Alongside her will be Melanie Eusebe, chair and co founder of the Black British Business Awards, Deborah Williams, executive director of the creative diversity network and Shona Baijal, managing director of UBS Wealth Management. Both Goyal and Sarpong feature on Friday (March 9)

Privacy & Cookies: This site uses cookies. By continuing to use this website, you agree to their use.
To find out more, including how to control cookies, see here: Cookie Policy
← ‘This is the starting point for a Hollywood film’ Tia Bhatia tells us about the documentary on Superfan Dad Nav Bhatia (video)
LIFF 2022 (Shorts): Naveed Choudhry, Nikesh Patel & Sheena Bhattessa star in racism and kitchen drama respectively, while US ‘Hide & Seek’ explores idea of home and belonging… →