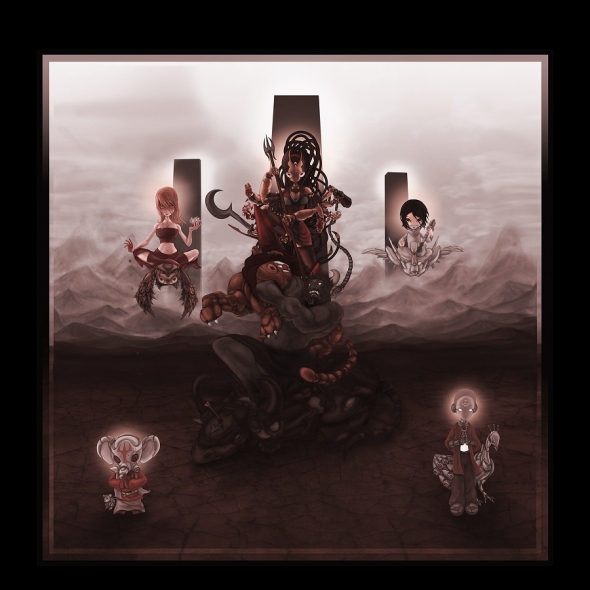 PROBABLY too many of us still think of (visual) art as something that is hung in a gallery or exhibition space and mostly pored over by high-minded individuals and intellectuals.
But a lot of today’s art – and many artists themselves eschew such outdated and elitist notions and want to make work that engages and captures the imagination of people who are simply curious and interested in the world around them.

And some artists are breaking down traditional boundaries and pushing new technology to engage with varied and different audiences.
Just one of these artists working in this sphere of new technology and non-traditional and very contemporary artistic practice is Sumit Sarkar.
In what is a major retrospective of 20 years of creative endeavour, his exhibition, ‘Everything Nothing’ is on display at Gateshead Central Library as part of the nine-day GemArts Masala Festival which closes this Sunday (July 22).
Sarkar’s exhibition runs until October 2 and is free to view (see listing details at bottom of this article).
The festival, a multi-arts extravaganza which showcases a wide range of artistic, entertainment and educational initiatives, is now in its third year and has developed into one of the highlights of the British South Asian calendar, especially in the north of England.
There is a chance of seeing Sarkar work on a virtual 3D sculpture and joining him for a workshop on this and using Google Tilt Brush tomorrow (July 21) in Gateshead.
We caught up with Sarkar to get an insight into his exhibition and we look at what is left of the festival as the curtain is poised to come down.

www.asianculturevulture.com (ACV): How would you describe your art and artistic practice?

Sumit Sarkar (SS): I’m a painter and sculptor working with both digital and analogue techniques. I am always interested in the latest digital technology for painting and sculpture, and recent projects include the use of video mapping, motion capture, 3D print and VR (virtual reality).

ACV: What is the inspiration behind your work?

SS: Music and film. What little of it I like, I like a lot. Artistically somewhere between fine art and comic art. Thematically/aesthetically between religious theology/iconography and science fiction.

ACV: How do you see yourself developing and what areas are you most interested in?

SS: I have recently worked on the Digital Stone Project in Italy, creating my first marble sculpture and concurrently designed my first multi material 3D print. I am excited by the potential to create sculptures, digitally designed and fabricated, that are formed of various different processes and materials – metal, plastic, stone, wood, design, scan, print, mill. If they’re all digitally created it would be easy for separate complex pieces to fit together perfectly.

ACV: You’ve worked with Gem Arts before and how has that developed?

SS: I have worked with Gem Arts for several years now, both as an exhibiting artist and as a workshop leader. I exhibited at the Brewery Arts Centre as part of a festival in Kendal many years ago, and various other events around the North of England where I exhibited or created live art. I’ve also ran many workshops for Gem Arts, teaching graffiti, comic book making and digital art at the Brewery and at numerous schools and youth groups over the years.

ACV: What is the next frontier and how do you see yourself developing?

SS: This exhibition is part of a project which is funded by the Arts Council of England; and I am also currently developing new work with virtual and augmented reality (AR) – I am developing the ideas for a new exhibition of sculpture, using marble, metal and multi material 3D print, that will also exist and come alive in VR and AR.

Also on display as part of GemArts Masala Festival is Indian miniature paintings viewing day. There’s a rare opportunity of seeing miniature paintings from Rajasthan, created between 1835-1857. It’s free and on display at Hatton Gallery in Newcastle. (See listing below)
Also as part of the festival, which has been showing both feature and short films with strong South Asian themes, the multi-award winning Indian indie hit, ‘Village Rockstars’ screens tomorrow (Saturday, July 21).
The festival culminates with a mini-mela in Newcastle between 11am-3pm.
GemArts is a long-established arts and culture group based in Gateshead and focused on developing and bringing the best of South Asian artistic practice to the north-east. It is an Arts Council England National Portfolio organisation and led by Vikas Kumar MBE.

Terms
Virtual reality – computer generated three-dimensional image that a person can interact with in a physical way through a headset and/or with gloves and sensors.
Augmented reality – a computer generated image, often of one’s immediate surroundings but overlaid with images and symbols.

*Exhibition ‘Everything Nothing’ runs until October 2 (free) at the above venue.