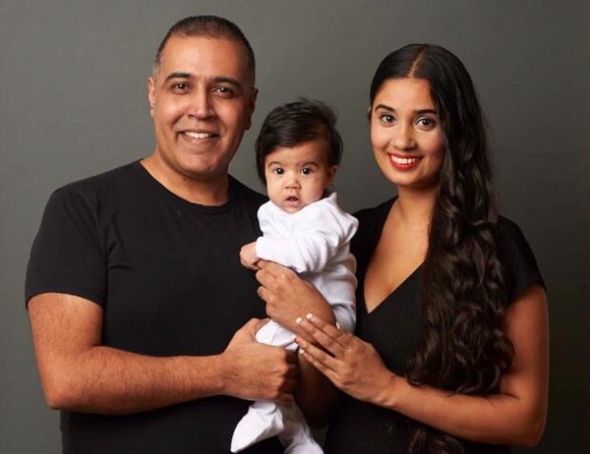 BROADCASTERS Sunny and Shay are well-known personalities with shows seven-days a week on BBC radio, and have a strong social media following too.

It would be no great surprise to learn that their first child, daughter Tyra, would be something of a media star herself – but few child stars ever have their first minutes of life broadcast to a nation… And recorded for posterity by a terrestrial channel.

Yet that is exactly what will happen this evening on the Channel 4 programme, ‘One Born Every Minute’ at 9pm. A long-running series, it films couples in the immediate lead up to and then at the birth of their child (don’t worry it’s not intrusive, according to the couple).

You can watch Sunny and Shay go through the trials and tribulations of the actual birthing process on that September 28 last year. They were due to go on air at the 2-4pm slot on BBC WM95.6FM, when Shay noticed bleeding and after calling the doctor was advised to go straight to hospital. You will be able to see what happens in the TV programme when they get to Birmingham Women’ s Hospital.

Shay told the Birmingham Mail that it was one of the “scariest experiences of her life” and she was worried because for eight months she had suffered from chronic vomiting – the same hyperemesis condition that afflicted the Duchess of Cambridge, Kate Middleton.

In the programme, the two exchange their customary spiky banter – as listeners to all their popular shows will ready recognise. Sunny’s mother Sarbjit (known more commonly as Bholi) is a calming influence.

Sunny is a big film buff and in the early days of www.asianculturevulture.com had his own film column, reviewing all the latest releases, Hollywood and Bollywood. Last year Shay won the Media category at the Asian Women of Achievement Awards. The two also helped with our coverage of the Cannes Film Festival in 2014.

The couple first came to prominence when they did the fly-on-the-wall BAFTA nominated Channel 4 programme, ‘The Family’ in 2008.

Courtesy of the Asian Media Group

They loved it, even though at times it made for difficult viewing. The programme features their marriage amidst the fall-out Shay suffered because her mother did not approve.

They started their radio career with spots on Jo Good BBC Radio London show. Talking to the GG2 Power List last year, the couple revealed that an assignment interviewing Hollywood star Angelina Jolie in 2010 – got them noticed when they went off script and asked about the star’s visit to Pakistan as an UN ambassador. Up until then, Jolie’s PRs had insisted the star would only answer questions about her film at the time, ‘Salt’.

The interview was broadcast all across the BBC and it led them to getting their first regular slot on BBC Radio London Saturdays evenings, 6pm-8pm, around four years ago. It has now moved to Sunday evenings, 6pm-8pm and is in many ways, their flagship radio show as they mix hard-hitting debates on news stories in the first hour with more light entertainment coverage in the second half, featuring both and film and music. They also cover two late night slots on BBC London, the 10pm-2am on both Fridays and Saturdays and broadcast on BBCWM Mondays-Thursdays, 2pm-4pm.

One Born Every MinuteSunny and Shay