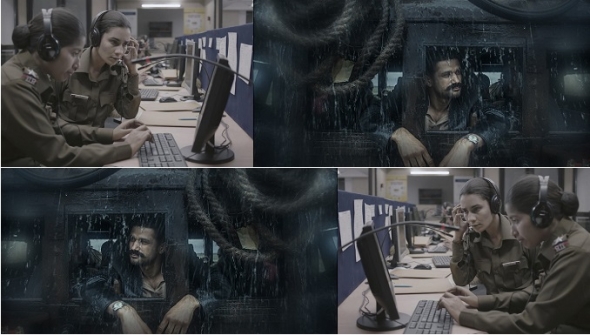 A RARE and unusual period piece from the flourishing independent film scene in India has been chosen to open the 33rd Venice International Film Critics Week.

‘Tumbbad’ enjoys its world premiere on Thursday (August 30) a day after the Venice Film Festival opens. There is another Indian film which appears in the Orizzonti (Horizons) section of La Biennale Di Venezia Cinema 2018, to give its official moniker.

‘Tumbbad’ opens the prestigious critics section and is set in the 19th century in a village and revolves around ‘Vinayak’ (Sohum Shah) who is obsessed with a mythical ancestral treasure.

The official blurb states: “What starts with a few gold coins quickly spirals int a reckless, perpetual yearning, spanning decades. Vinayak’s greed keeps escalating until he unearths the biggest secret of all, something more valuable than the treasure itself.”

Combining myth, horror and fanstasy, ‘Tumbbad’ represents a very different kind of filmmaking than what we are used to in the West and emerging from India.

In the lead role is Sohum Shah, an actor who is well known for roles in ‘Simran’ (released in 2017, alongside Kangana Ranaut) and ‘Talvar’ (2015, and about the double murder Delhi Noida 2008 case). Shah’s own film company outfit and Aanand L Rai of Colour Yellow Films are behind the production of ‘Tumbbad’.

It is directed by debutant feature makers Rahi Anil Barve and Adesh Prasad.

Barve won the Mumbai International Film Festival Award for a short called ‘Manjha’ in 2008 and it was chosen by Danny Boyle, the director behind ‘Slumdog Millionaire’ to appear on the Academy-Award laden film on its BlueRay release.

Prasad edited the much praised ‘Ship of Theseus’ which made a name for the writing/directing talent that is Anand Gandhi. He is credited as one of the screenplay writers, along with the directing pair and Mitesh Shah.

See the trailer here – the film is scheduled to come out in India on October 14.

Another film appearing at the festival is ‘Soni’. Its director is Ivan Ayr and is produced by Jabberwockee Talkies (Kimsi Singh) and The Film Café (Kartikeya Singh).

With a mostly unknown cast internationally, the film is about a police officer ‘Soni’, who is based in Delhi. Her and a colleague are on the frontline of sexual violence in the capital city and make a commitment to tackling it head on – but their duty is sorely tested when developments in their personal lives threaten to take over. It first screens on September 5 in Venice.

Among the other films showing are ‘The Sisters Brothers’, which features Riz Ahmed and is the English language debut of French director, Jacques Audiard, whom acv interviewed for ‘Dheepan’, Paul Greengrass’ ‘22 July’, about the horrific gunning down of teenagers on an island in Norway by a right-wing terrorist; and Yorgos Lanthimos’ ‘The Favourite’, set in the 19th century England and the reign of Queen Anne. It features oan all-star cast, including Olivia Coleman, Emma Stone and Rachel Weisz and Nicholas Hoult. Also premiering in Venice is ‘Peterloo’ by Mike Leigh. It’s the story of the first protests for democracy and action against poverty – in 1819 near Manchester and the ensuing consequences of the massive and bloody crackdown that followed.