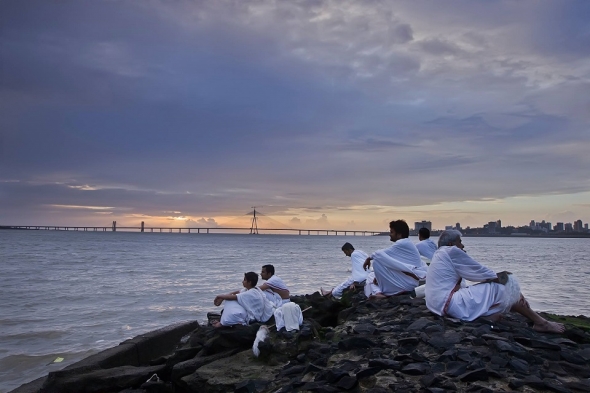 IF you’re deliberating whether to see Anand Gandhi’s film Ship of Theseus, which is currently showing in India (from July 19), don’t…

Just go and see it!

It’s a really strong piece of work, asking big questions we all want to grapple with at some periods in our lives –  but it manages to raise them with the gentlest of cinematic touches.

You will be entertained, amused and charmed. Ship of Theseus is a small gem of a film that deserves to be seen by as wide an audience as possible.

Currently, the film is showing in India and has been garnering great reviews and good box office numbers. This is independent Indian cinema making waves that could change the shorelines forever.

Anand Gandhi, its director, spoke to www.asianculturevulture.com when the film got its UK premiere at the London Film Festival in the autumn of 2012.

“I’ve always been fascinated with people and with different communities and different ways of pursuing truth,” said Anand.

“I’ve been extremely fascinated with nuns, scientists, monks, philosophers – more than anybody else, people who have a quest for meaning.”

There isn’t a lot like it, and certainly very little that has come out of India (recently) that has such a surefootedness and deft imaginative, directorial touch.

Three different tales are woven together to form an unusual and thought-provoking whole, but your brain will not be rattled in the process; it will be stimulated, tickled, charmed.

Each tale is quite different and involves a very different set of characters – enough to make three very separate full length feature films, but Gandhi keeps the stories disconnected until the end.

There’s a blind photographer, a Jain monk, and a young stockbroker (played by Soham Shah, a one-time stockbroker who also helped to co-finance the film).  Neeraj Kabi is outstanding in the role as the monk and anyone who saw him in played a jaded, hardened cop in Monsoon Shootout which premiered at the July London Indian Film Festival would be astounded.

Of the three, the blind photographer is the most self-consciously arty, ponderous and least affecting (from ACV’s perspective).

After all, unlike the two other stories, the shadow of death does not linger.

And yet in both the story about the monk and the stockbroker, who uncovers a kidney stealing scam, there is humour and fun.

Yes, FUN. Sometimes the laughs are very black and uncomfortably ironic, but all the better for it.

The monk’s story is a particular delight and the character is challenged by a young man, who reminds ACV of Anand Gandhi himself.

Witty, smart, and cheeky, he asks the monk who has been diagnosed with a fatal condition, why he does not take any medicine to counter the ailment and pointedly asks him, is he not doing harm to himself and the others around him,  who do not wish to see him decline so horribly?

“There’s sort of me, in all the characters,” explained Gandhi, 32. “That young guy is as much as me as the monk is, and the photographer and the grandmother – it all comes from a very personal space.”

While the final story has something of a soapy element (Gandhi wrote for two big soaps in India at the start of his writing career), it too is shot through with moral questions but never in an overbearing or intense manner.

A young stockbroker takes it upon himself to fight for justice after a poor man’s kidney is ‘stolen’.

The outcome is far from predictable or expected, as the young Indian memorably goes to confront the Swedish donor recipient.

“It’s the morality and the ethics that interest me a lot, more than the human distress (itself). A lot (of filmmakers) would do a much better job of documenting the event than I have,” confessed Gandhi.

“I find my role is relevant in bringing this perspective to the table.

“The Swedish guy who has received the kidney is lying on his deathbed and has no alternative really – he really is going to die – if he does not accept the kidney…what does he do…what do you do…what would I do?

Gandhi dropped out of higher education in Mumbai, making up his own courses and following subjects he was interested in: philosophy, art, psychology, writing, filmmaking and that mischievous, independent streak has stayed with him.

The joker and the philosopher – they are not so wildly different and Gandhi appears to have understood this at an early age.

“I was talking to my mum (about how I became a filmmaker) and I’ve always been interested in film.

“When I was about six years old, I saw Mera Naam Joker. That’s when I decided to I wanted to grow up to become a joker,” revealed Gandhi, half-seriously.

The 1970 film in which Raj Kapoor put his life, soul, art, fame and fortune, proved to be a big flop, but more latterly critics have come to see it as artful and insightful with its lovelorn circus clown learning about life as though it were one continuous lesson.

That may well be part of the Anand Gandhi message too and articulated in a particular cinematic and humorous vernacular.

More seriously, Gandhi said: “I wanted to engage and stimulate the world I was living in and entertain it, while in that space of entertainment engage the world in a philosophical dialogue.”

He certainly manages to do that, but it is important to stress how light and humorous his touch is, bringing such themes to the big screen.

Don’t take our word for it, see it for yourself and judge! Sadly there’s no UK distributor at present, but with the impact it’s making in India, someone either has to see sense… or take a gamble.

Privacy & Cookies: This site uses cookies. By continuing to use this website, you agree to their use.
To find out more, including how to control cookies, see here: Cookie Policy
← London Design Biennale: ‘Emotional States’ – Around the world in an afternoon of sensory delight…
Toronto International Film Festival (tiff2018) reviews: The Wedding Guest; Non Fiction; Teen Spirit; If Beale Street could talk; Widows, The Wind and Splinters →