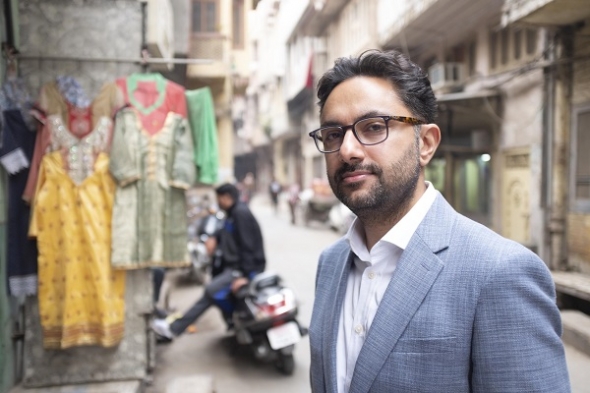 BRITAIN has never really confronted its Imperial past and must do so, if it is to redefine its role in a post-Brexit world, a leading writer has asserted.

Sathnam Sanghera, writer and Times columnist, told www.asianculturevutlure.com this week: “We are trying to redefine our relationship with India because of Brexit and we need to confront it, before we can do that.”

Sanghera’s comment comes as he explores the British Empire and one of the most notorious incidents of its history in a Channel 4 TV programme to be broadcast tomorrow (9pm, Saturday, April 13).

Titled ‘The Massacre that shook the Empire’, it sees Sanghera examine what happened at Jallianwala Bagh in Amritsar, on April 13 1919, when British Indian Army troops under the direction of General Reginald Dyer opened fire on the crowd, killing 379 (according to official estimates). Indian records put the figure at around 1,000 with around 1,500 injured. The killings are also referred to as the ‘Amritsar Massacre’.

Sanghera told acv: “This is a prism through which India sees its relationship with Britain.

“It is still incredibly raw in India, people were in tears talking about what happened. It’s quite well taught in India. It feels like a visceral event.”

Many believe Jallianwala Bagh represented a significant turning point in history and signalled the eventual curtain coming down on the Empire (it did, but only in 1947).

Sanghera’s programme sees him go to Punjab and interview descendants of the families who lost loved ones.

Back in Britain, he also interviews Caroline Dyer, the great-granddaughter of General Dyer.

“I defy anyone to really defend Dyer. It’s a war crime almost.

“But several people did defend him – including Caroline Dyer at quite some length.

“She said he was a good man and has been misunderstood and the historical facts are fake news.”

The Indian media have been examining the incident again as we approach the 100th Centenary on Saturday and many still feel a formal Apology is long overdue.

Prime Minister Theresa May addressed these calls in Parliament this week and while expressing ‘regret’ stopped short of issuing an Apology.

“We have never put any emotional energy into looking into what happened,” commented Sanghera to acv.

“We spent £200 million of the Inquiry into Bloody Sunday (when British troops killed 28 marchers in Northern Ireland in 1972) – forget the money, it’s a travesty.

“That’s why I think an Apology is a good thing.”

He said he had been contacted by MPs who thought an Apology was a good idea – but some remain cautious because of the consequences of a formal Apology. Critics think it will just open Britain to compensation claims.

“It’s messy but I think things are already messy.

“Empire is something that has been making headlines suddenly – you had the argument about Winston Churchill being a White Supremacist and the country has never really confronted Empire.”

For him, teaching children at school about the Empire would represent a significant step forward.

“The most shocking thing for me (making the programme) was that I was never taught any of this either by my family or at school.

“It was never mentioned that thousands of Indians fought in the World Wars (with the British) and the resources of the Empire were used, it’s like we were erased from history.”

Sanghera will appear on a panel along with authors Amandeep Singh Madra and Parmjit Singh and Kim A Wagner, discussing Jallianwala Bagh this Saturday at the National Army Musuem in London. Madra and Singh are authors of Kashi House’s ‘Eyewitness at Amritsar’ and Wagner, ‘Amritsar 1919’.

Manchester Museum’s ‘Jallianwala Bagh 1919: Punjab under siege’ opened yesterday (April 11) and goes on until October 2. More on this soon!

Tonight’s Asian Awards in London will also mark the Centenary of the Jallianwala Bagh massacre.

9pm, Saturday, April 13 – The Massacre that shook the Empire, Channel 4 (UK only)