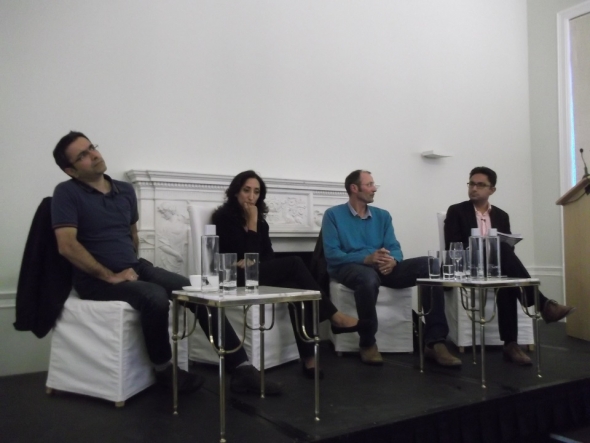 On a panel discussing British Asian humour and responding to the question about the lack of Asian faces in comedy on television, he suggested there remained a complete lack of will to change.

Gupta said: “The idea that talent will out is boll***ks. It’s the establishment protecting itself. It has to be dragged kicking and screaming and (it must be told) you will do this whether you like it or not.

“Do you think the 650 or so MPS we have got are really the best there is?”

The desire to have a proportional number of producers (who have the power to make programmes) from Britain’s different communities has always been resisted. Gupta’s comments come in the wake of star Lenny Henry’s campaign to get more diverse programming and threatening a payment boycott of the licence fee if there is no improvement.

Gupta revealed that before “Goodness Gracious Me” the BBC was considering an Asian sitcom and had asked an experienced non-Asian producer and writer to explore the concept.

Outraged, he and another Asian colleague demanded to know more and put forward a live show and sketches, which eventually became the TV smash hit, “Goodness Gracious Me”.

Saurabh Kakkar, a producer with BBC Comedy and fellow panellist at the discussion, said it was still more typical of producers to chose to work with people who looked like them and to whom they could relate easily.

The two TV execs were panellists alongside stand-up comedian Shazia Mirza on  “Cracking Up –The Evolution of British Asian Humour” at the Asia House Bagri Foundation Literature Festival on Friday (May 9). The debate was moderated by journalist and author Sathnam Sanghera, whose debut comic novel, “Marriage Material” has been much praised and was nominated for the Costa Award this year.

Gupta pointed out that even someone such as Kakkar wasn’t in a position to make comedy programmes simply because he personally believed in them. Kakkar did not challenge Gupta’s assertion.

Gupta felt there were still some ‘establishment’ taboos – especially around Christianity and the majority ‘faith’.

He said it was revealing that when the joke was on the majority community the BBC got upset, despite numerous sketches mildly mocking Hinduism or Buddhism in “Goodness Gracious Me”.

The sketch involved the couple who don’t want to be seen as Asian in any way and want to be treated by everyone as though they are white.

But it went too far for the BBC when the couple were shown going to church, and not sure quite what to do there.

Gupta said: “It was a bit like you can make jokes about your own communities among yourselves but you can’t make a joke about us.”

In a wide ranging discussion, the panel also touched on whether there was such a thing as British Asian comedy or even genres within that.

Mirza, who no longer does what some people would describe as ‘Asian comedy’ – preferring to do more social observational type humour – said: “There is no such thing as British Muslim comedy.”

She said audiences around the world had different expectations and that she liked audiences in India, and had toured there five times. She said Pakistan was a lot harder in comparison and that Indians were generally more receptive to her comedy.

She also felt there was no Asian comedy scene in Britain, in contrast to a gay and a black one and that both supported the work of Asian comics like herself.