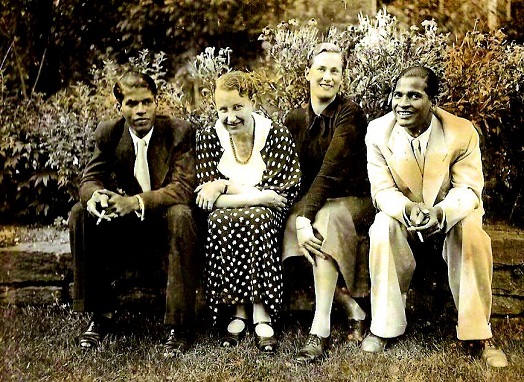 IT READS like an amazing novel or a highly imaginative and improbable screenplay.

Young Indian student goes to Germany in the 1930s, falls in love with filmmaker Thea von Harbou, who is much older and divorced from the legendary German director Fritz Lang (of  ‘Metropolis’ and ‘Dial M for Murder’ fame).

As Hitler to comes to power, the couple’s very relationship is threatened, and the young Indian who has become a journalist, is forced to return to India just before the outbreak of World War II.

Back in India, he joins the independence movement and falls in love again, this time with a young Indian woman, Indumati Gunaji. The pair are actually married by Mahatma Gandhi, who has to break his own vow of marrying only Dalits (untoucheables) and tells them that they can only have children when the country is free from the British.

Yes, all this is true and is narrated by Laxmi Tendulkar Dhaul, whose father was the young journalist in question. It’s all in a book called ‘In the Shadown of Freedom’.

Through letters, documents and newspaper cuttings, Dhaul paints a picture of a man (her father, Ayi) buffeted by the winds of history and the love he felt for two very different women who approved of each other and found common cause in fighting colonialism, fascism and oppression.

Dhaul was in London in June to promote the book and was supported by well-known Indian journalist and business consultant, Suhel Seth, who said of  ‘In the Shadow of Freedom’, “very few books capture romance through the corridors of history, very few books are able to conjoin contemporary history with relevant issues at that time and still weave an effective story”.

‘In The Shadow of Freedom’, is published by Zubaan, a feminist imprint based in India.