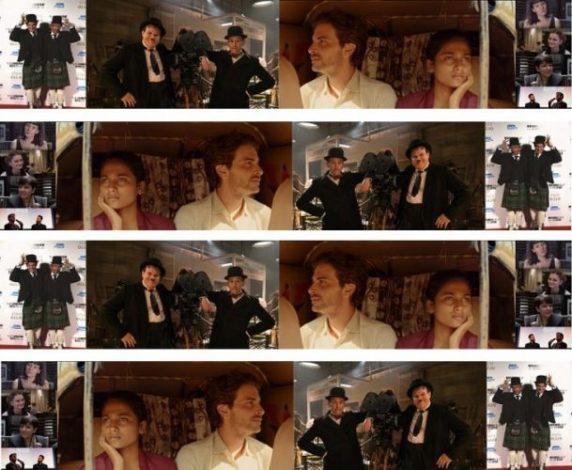 How was it for you?
Films seen/covered by acv in bold

This year there were 225 features, 77 countries represented and the films spread across 14 venues and 12 days (October 10-21). Almost 40 per cent of films shown were directed by women, and the programmers on that score should be commended.

News last night too of Tricia Tuttle’s elevation to artistic director BFI Festivals, taking over from Clare Stewart, who was on sabbatical. Tuttle led the festival as interim artistic director for this year’s featival and will work closely with and report to Heather Stewart, BFI creative director.

Tuttle is a champion of diversity (and early Twitter follower of acv) and has promoted underrepresented groups – long may it continue and we wish her all the very best in her new permanent role!

The official competition winner was ‘Joy‘ a film about African women being trafficked to Europe. Director Sudabeh Mortezai’s award is not the first. You can catch up on the other LFF winners here.

While stars Steve Coogan and John C Reilly did the honours last night, as Stan Laurel and Oliver Hardy, respectively, the film itself may not have lit too many fires.

Screened to the press earlier yesterday, Coogan and Reilly do a decent enough job, but the film rarely sparks and little is gleaned (that already wasn’t) from a film about one of the most successful double acts ever seen.

The film may connect with an older generation but passes very little comment or analysis on why the two were as successful as they were and why even today they continue to be held in high regard the world over.

As for acv’s highlights – they have to go to our director interviews (see our Youtube channel – and subscribe!).

Lola Arias talked to us about her remarkable ‘Theatre of War’; transposing her play ‘Minefield’, about The Falklands War to a feature film and casting real soldiers who were on different sides (including a Gurkha) and reflecting on the nature of war many years later. It is a documentary, but lends itself to no easy classification.

Dar Gai’s ‘Namdev Bhau – In Search of Silence’ is a wonderful ode to escaping the cacophony that somewhere like Mumbai presents on a daily basis. Her use of non-professional Namdev, a chauffeur in real life, is a triumph.

Leena Yadav’s latest film, ‘Rajma Chawal’ is something of a departure from her ‘Parched’ which wowed audiences when it opened the London Indian Film Festival two years back. Our interview with her then is here.

A world premiere at LFF no less, it is at heart, an entertaining, warming picture which starts strongly and ends up in a good place – though goes very ‘Bollywoodish’ in the middle.

A rich social comedy about communication – or the lack of it – Rishi Kapoor is good value as the father trying to connect with his on-screen son through Facebook.

There’s a revealing line in Yadav’s acv interview, when she says that Kapoor senior probably saw something of his own relationship with contemporary Bollywood superstar son Ranbir in the script when he agreed to play the part. Intriguing…

‘Soni’ by first time director Ivan Ayr had no stars (but an impressive film debut by Geetika Vidya) and much less of the hoopla – but showed that gritty social realism is powerful and affecting.

His tale of female cop Soni has an almost documentary feel about it and deserves your attention and highlights many issues women in India are grappling with in the workplace.

The current explosion of #MeToo stories from the entertainment industry in India shows there is a long way to go.

As with Rajma Chawal, ‘Soni’ is heading for Netflix and we’re rather hoping Ayr will continue to furrow this fertile ground – his observations on gender and class can only become more acute and telling – especially as there is so much rapid change in the workplace in India.

The conflict in Sri Lanka is much better documented and another first-time feature filmmaker, Suba Sivakumaran made an impact with her ‘House of My Fathers’ – imaginatively using myth and fable to concoct a tale of simple terror and reflect the horrors of war often visited on ordinary people.

Staying with the South Asian theme, other films that made an impression – (and not previewed by us) – ‘Maya’, ‘Woman at War’ and ‘Been So Long’.

The hate u give

A musical, it drew rave reviews and Krishnan, who is of Tamil heritage, via Thailand and Malaysia, talked to acv about her next project which has a strong Asian woman character at the centre of it. We hope to disclose more about that when ‘Been so long’ hits Netflix later this month.

‘Maya’ is an unusual tale. Set in Goa, a traumatised French war reporter goes in search of R&R and finds himself falling for a local, 18-year-old by the name…

Beautiful to look at as a film, it also asks questions about relationships where there is a considerable age gap and what are the cultural dynamics at play in what is presented to us as a ‘holiday’ romance – and then, there is continuing exchange between East and West – in tangled sheets as well. Director Mia Hansen-Love has more than a good eye, and goes somewhere where few Indian filmmakers would dare.

‘Woman at War’ is something of an assault but is inspired by Gandhian ideals and deploys that sensibility to a world literally crumbling before our very eyes.

Of the gala films we saw, ‘A Private War’ – a film about celebrated war journalist Marie Colvin is mostly well done and a decent effort at showing both the interior and exterior life of a reporter on the global frontline.

‘Colette’ too is a tribute to a woman who defied convention and broke new ground in opening up literature up.

‘The Front Runner’ was fast-paced, smart and engaging and showed how far or how little US politics has come since the late 1990s.

We saw some of the other LFF gala films in Toronto.

ACV also enjoyed the ‘The Hate U Give’ – not just about a white cop shooting a young black man on a routine traffic stop, but a real study of what it means to grow up in America as a black teenager buffeted on many sides and skilled at code switching – as our protagonist negotiates her monied white friends and boyfriend at her posh school, while growing up in a tough neighbourhood with a father trying to do the right thing.

For a change on screen – the black family she belongs to, is warm, loving and supportive. It’s powerful.

At a slightly different end of things, ‘Assassination Nation’ covered the same US teen demographic, but from another perspective – the gender ‘war’ intensified and drawn to its logical, brutal, violent conclusions – and surely a warning about where identity politics will drag us all, if we don’t care to resist.

Over and out, till next year (LFF) and next month (and another film festival 😉), adios dear friends.

* On social media search under #lffacv18

Previously this year other festivals (final wrap stories only)

Privacy & Cookies: This site uses cookies. By continuing to use this website, you agree to their use.
To find out more, including how to control cookies, see here: Cookie Policy
← Riz Ahmed in ‘Sound of Metal’ has depth and power – Toronto International Film Festival 2019 premiere
‘The Personal History of David Copperfield’ (review) – An ode to the good life, not in material riches, but in spirit →