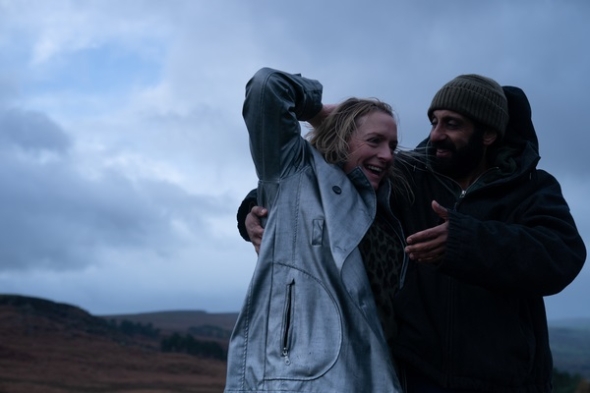 We have an interview with director Prasun Chatterjee whose film, ‘Two Friends’, enjoyed its world premiere at LLF yesterday…

TONIGHT: Historic Bafta-winning actor Adeel Akhtar will be on the red carpet at the Mayor of London’s Gala screening of the film, ‘Ali & Ava’. Writer-director Clio Barnard’s film is something of a meditation on love and romance and intense emotions that traverse cultural and racial boundaries that often keep people apart. Inspired by Rainer Werner Fassbinder’s ‘All Fear Eats the Soul’, this is a film of undulating emotions and tempered by a stimulating and surprising score.
Set in Braford, it’s also a beautiful ode to humans finding hope and joy in unlikely circumstances…
Tickets still available: Tonight 9.20pm Southbank Centre; tomorrow 3pm Southbank Centre (Royal Festival Hall)
https://whatson.bfi.org.uk/lff/Online/default.asp

YESTERDAY/TOMORROW: There was the world premiere of the Bengali film, ‘Two Friends’ (‘Dostojee’) – acv interviewed writer-director and debut filmmaker Prasun Chatterjee – look out for that interview soon…
The film tells the story of two boys – Palash, a Hindu, and Sakiful, a Muslim, whose sweet friendship starts to fray as the adults worry about the influences that come from sharing and caring across a religious divide in a rural border area close to Bangladesh and riven by tensions in the rest of India in 1993 following the Mumbai multiple bomb blasts and the demolition of the Babri Masjid in Ayodhya in north India and the site of a bitter dispute about its historical significance.
Tickets: One more screening tomorrow at the ICA 2.45pm

ALSO TOMORROW: Deadpool star Karan Soni and-writer- director Roshan Sethi are expected to appear for the international premiere of his covid romantic comedy film ‘7 Days’ co-written. If you want to read a review, put into the title into 🔎 and you will find it with other Tribeca Festival reviews (and where it had its world premiere).
Tickets: Only available for Friday 6pm Curzon Soho
https://whatson.bfi.org.uk/lff/Online/default.asp

‘Pedro’ about a local drunk who lives in rural Karnataka, inadvertently kills a cow and has to suffer the wrath of his village.
Tickets: Thursday 9pm Curzon Soho; Friday 3.10pm BFI Southbank NFT2
https://whatson.bfi.org.uk/lff/Online/default.asp

See our reviews also – you will find reviews of other LFF films, put title or LFF (2021) 🔎

The Harder they fall (http://asianculturevulture.com/portfolios/london-film-festival-2021-opening-gala-film-review-the-harder-they-fall-stylish-western-with-brilliant-black-characters-re-writes-history-as-it-must/)