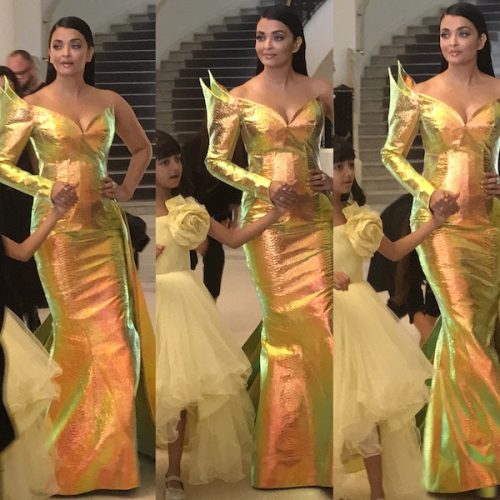 But now two other videos – Deepika Padukone and Kangana Ranaut leaving The Martinez Hotel on May 17 to walk the Cannes Film Festival red carpet – were also not attributed by Filmfare.

Their combined views for these three videos amounts to more than a million. Our latest video of Ash today (May 20) has garnered nearly 15,000 views on Instagram (so far!) Also see British model and actor Neelam Gill emerge from The Martinez to walk the Red Carpet this evening.

Filmfare recognises the Ash video from yesterday was ours, and not their original work…

But what about these from May 17, Filmfare? This is THEIR post on Instagram of Deepika Padukone from The Martinez

OUR EXCLUSIVE video footage of Bollywood superstar Aishwarya Rai Bachchan and daughter Aaradhya appears to have been taken by Indian magazine, Filmfare and passed off as their own work.

www.asianculturevulture.com’s Momtaz Begum-Hossain was at the Martinez Hotel in Cannes yesterday afternoon and captured Ash as she left the hotel to walk the red carpet for US director Terrance Mallick’s ‘A Hidden Life’

Ashanti Omkar who has been following ACV’s Momtaz Begum Hossain’s (@TheCraftCafe) Cannes videos was the first to identify the issue – she commented on Instagram.

Now compare our videos and theirs…

A frame by frame analysis by acv shows that the actual film is identical…see the screen freezes side by side – ours on the left, theirs on the right from Instagram…

We would kindly request Filmfare to publicly acknowledge that the video was originally and exclusively captured by us.

As a consequence of their actions, we have lost hundreds, possibly, thousands of views, and a corresponding uptick in engagement and followers.

Do you think it’s ok for a media with millions of followers to take work from other smaller outlets and pass off it off as their own?

We’re on the ground here in Cannes (it isn’t cheap) and we are investing in coverage that we hope you enjoy, share and comment on.

It’s not fair that larger media should benefit from our hard work and assets – without even an attribution.

Please tell us what you think – and more importantly tell large publications that when they do this, it isn’t on and they are shrinking your options, not widening them…

Please comment on our social media and tag others who can help raise this issue.

All we want is recognition and respect for our work – matter closed! Now let’s get back to reporting what’s happening here…Thanks.