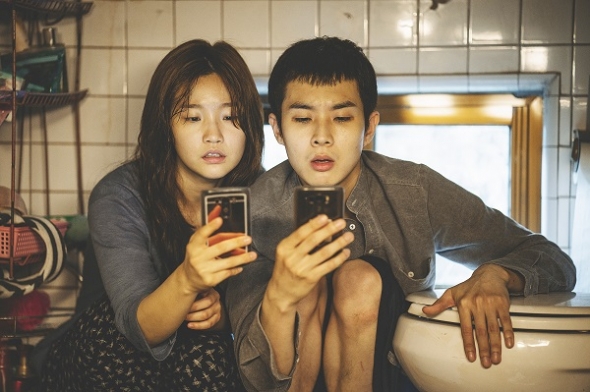 It’s been a very strong Cannes this year and while the favourites may have fallen a bit by the wayside, the diverse filmmakers appearing in the Competition section have done well…

JUST a few hours ago, the Cannes Film Festival announced its award winners for 2019.

Ho is a veteran of Cannes having screened five films there in all. His most recent was ‘Okja’ in 2017 (see our review here).

He created history by becoming the first Korean in film history to win the top prize.

The Grand Prix was taken by the first black woman to have a film competition as director.

Surprisingly, the Dardenne Brothers picked up the director award for ‘Young Ahmed’. While www.asianculturevulture.com enjoyed the film and rate it, others were less impressed, saying it lacked sophistication and had a limp end.

Two jury prizes were shared by ‘Les Miserables’ by French Ladj Ly and the Brazilian ‘Bacurau’ by Mendonca Filho and Juliano Dornelles. Acv saw ‘Bacurau’ and thought it a tremendous revenge-type drama, if a little violent.

There was a British triumph in the female acting category with Emily Beecham for her leading role in the English title, ‘Little Joe’ (a co-BBC film) by Austrian Jessica Hausner. ACV saw ‘Little Joe’ and can heartily endorse Beecham’s prize – she plays opposite the better-known, Ben Whishaw. ‘Little Joe’ is certainly different but a rather large hole at the centre of it stops it from being completely likeable.

Many people’s hopes of Céline Sciamma winning a prize were met when she took the best screenplay for ‘Portrait de la jeune fille feu’ (‘Portrait of a lady on fire’).

*We will have more later today, including reviews of Cannes films acv saw and a special acv #Cannesacv2019 #Cannesacv19 report…