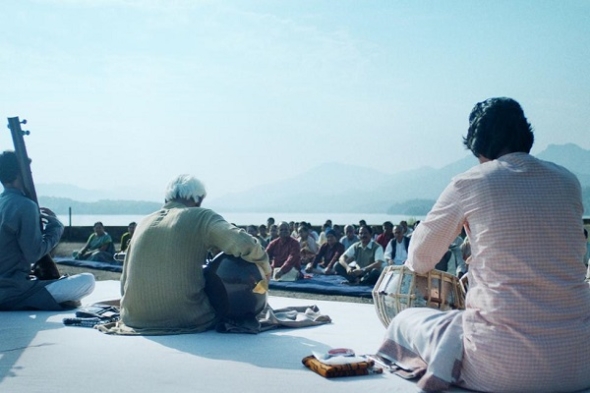 One film appears in the main competition section and for both directors Chaitanya Tamhane and Ivan Ayr, it’s a return to La Biennale di Venezia Cinema…

IT’S something of a first for India and the director of ‘The Disciple’, Chaitanya Tamhane.

An Indian filmmaker has made it to the main competition of the 77th International Venice Film Festival – which will be the first international film festival this year to be held from tomorrow (September 2) to 12 as a physical event, since the outbreak of the Covid-19 global pandemic.

Many directors have travelled to Venice but social distancing and face coverings will be a feature of this festival which began in 1932. Red carpets will take place but are restricted and there are not so many foreign travellers this year – as tests (before travel and once at the location) are mandatory for those officially participating from outside the EU.

It has been some years since an Indian film has appeared in the main competition section of a major European film festival.

The fact that a 33-year-old independent filmmaker is selected to compete with 17 other participants from all over the world speaks volumes about the recognition of Indian independent cinema on the international stage.

Of course in recent years, we have seen the rise of Anurag Kashyap mostly in Cannes, with his breakthrough international film, ‘The Gangs of Wasseypur’ (2012), but a new generation is emerging now – and both Tamhane and Ivan Ayr with ‘Meel Patthar’ (‘Milestone’) represent a new vanguard.

Tamhane has an impeccable pedigree – having been taken under Oscar-winning director Alfonso Cuarón’s wings.

The two were paired together by watchmakers Rolex, which sponsors an artistic mentoring programme – Cuarón had seen ‘Court’, Tamhane’s first feature which also premiered in Venice in 2014.

Tamhane worked with Cuarón on his much garlanded film, ‘Roma’ as a result of the mentoring programme – and Tamhane has acknowledged Cuarón’s influence on his new film.

The new 127-minutes long feature ‘The Disciple’ is about an artistic journey of an Indian classical vocalist who despite his commitment to music, is forced to negotiate between his dreams and life’s reality in contemporary Mumbai.

Being himself “in love with the Indian classical music” and fascinated by tales of the centuries-old master-disciple tradition and the richness of Indian music itself, Tamhane considers the plot of his film to be universal, as “we all have the right to live and have no choice but to adapt and survive”.

The actors are non-professionals who can sing and know the Indian classical milieu. Popular depictions of Indian classical music are rare, but the recent Amazon Prime Series, ‘Bandish Bandits’ has revived interest in the genre from a younger section of Indians and the diaspora, intrigued by centuries-old traditions and sometimes very austere and uncompromising concepts of art and beauty.

Another director to represent India in Venice this year is Ivan Ayr with ‘Meel Patthar’ (‘Milestone’) in the Horizons section: a 98-minute long film starring Suvinder Vicky and Lakshvir Saran. Vicky has appeared in Indian films before and both featured in the recent Amazon Prime Series crime drama, ‘Paatal Lok’.

‘Meel Patthar’ is about a Punjabi truck driver working in New Delhi, who after losing his wife, tries to come to terms with reality.

Although the idea of Meel Patthar is different from ‘The Disciple’, the overall message is somewhat similar : “An individual’s struggle for relevance in contemporary Indian society, burdened by its own chasms and complexities”.

Ayr’s previous work, crime drama ‘Soni’, which premiered in the same section of the Venice film festival two years ago and later released on Netflix, was a hit with viewers and critics and Ayr spoke to us about its inspirations at Film Bazaar in 2018.

This year’s competition section in Venice is mostly about art house projects. Only two studio productions are heading to the Lido this year- both directed by women.

The other feature ‘Nomadland’ is a road movie by the director of ‘The Eternals’ Chloé Zhao, starring Oscar-winner Frances McDormand (‘Three Billboards outside Ebbing, Missouri’).

This film follows a journey of a woman in her 60s through the American West, as she chooses to live as a modern-day nomad.

The decision to hold the festival is already being celebrated as “a sign of hope” for the film industry after months of closed cinemas, film sets and cancelled premieres.

For the first time in 10 years, the festival will open with an Italian film – ‘Lacci’ (‘The Ties’), directed by Daniele Luchetti and close with another – ‘Lasciami Andare’ (‘You came back’) – a film by Stefano Mordini. In all 63 films will screen at Venice this year, with 18 competing for the top prize The Golden Lion – it was won by Todd Phillips’ ‘The Joker’ last year.

*Both Toronto International Film Festival (TIFF – September 10-20) and London Film Festival (LFF – October 7-18) have announced reduced programmes this year – though some physical screenings will take place in addition to a predominantly virtual schedule.

‘The Disciple’ has its world premiere on September 4

‘Meel Patthar’ has its world premiere on September 3