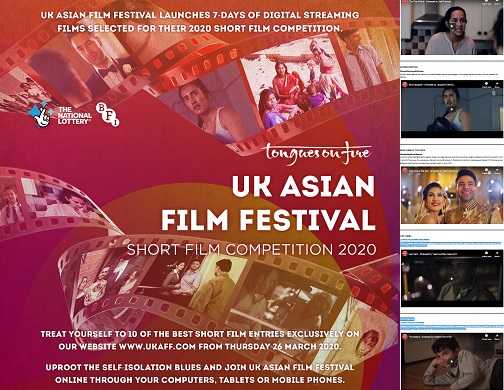 See the next exciting generation of filmmakers work…

WANT TO watch some of the best emerging young film talent, thrill, excite shock and stimulate you – head over the to UK Asian Film Festival website now…

For the next 7 days, beginning from today (March 26) you can watch 10 short films which were submitted for this year’s festival.

The five-city UK Asian Film Festival was to run March 25-April 5 but because the Coronavirus, it had to cancel its film extravaganza.

See here for more on the Opening and Closing films planned.

Listing
See the short videos here (click and scroll down)