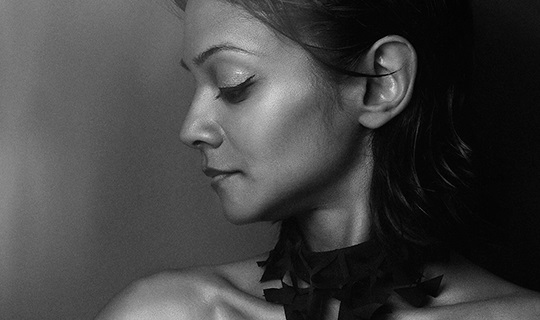 A CLASSICALLY-TRAINED Indian dancer Vena Ramphal is an internationally renowned performer whose credits include performing for the BBC and Channel 4. Her performances are known for embodying an ethereal and spiritual quality, leaving audiences feeling uplifted.

Ramphal also teaches yoga and meditation practices and in recent years has established herself as a sex relationship guru who has made countless television appearances on programmes such as Channel 5’s ‘Sex Pod’ as well as being co-host of the Channel 4 series ‘7 Year Switch’. Wellbeing lies at the heart of her work and this is a theme that appears in everything Ramphal does whether she’s writing columns, guesting on the radio, teaching a workshop, or performing.

But last year after a break of several years, Vena decided to revisit dance, the creative discipline that informed much of her early career, and following a hauntingly beautiful return performance at The Wallace Collection Museum as part of its Diwali celebrations in last November, she re-emerged as one of the UK’s most exciting Indian dance soloists.

In January she began devising new work, ‘The Shape of Stillness’, which premiered at Tara Arts, I’ll Say It Again, season in May, and this month she shares the performance again at the October Gallery in London on July 24.

More than a dance show, ‘The Shape of Stillness’ is billed as ‘an evening of dance and conversation’.

The show comprises a 30-minute dance performance accompanied by a delicate soundtrack of Sanskrit vocals followed by a discussion, allowing Vena to share a deeper insight into her relationship with dance and giving the audience a chance to ask her questions.

She explained how she came up with the concept of her unique one woman dance: ‘In some ways I’d been creating it long before I was aware I was creating it and I think as a dancer my impulse to connect and to share the spirituality that’s at the core of Indian art forms has been in my body for as long as I can remember.

“But in terms of specially creating ‘The Shape of Stillness’, in the last few years I’ve been aware that there’s a cry for wellbeing right across the world. It’s quite painful and I noticed I almost started crying in the piece when I performed it. The word ‘shanti’ is repeated throughout the dance, shanti means peace but peace feels like a question mark right now so the desire to create ‘The Shape of Stillness’ came as a response to the sense that there is a great longing in the world for wellbeing.’

The show is effortlessly fluid as Ramphal moves gracefully between the stages of the story she’s telling which includes the extension and closing of her arms, the curling over of her body with an almost snake like charm that resembles the ripples of water and the soft looks she offers in her facial expressions, while wearing an elegant silk dress that looks like a second skin.

As well as the word ‘shanti’ being repeated the singer she commissioned to work with her on the dance Gabriella Burnel, also recites the Sanskrit alphabet throughout the piece.

Vena told acv: “The Sanskrit alphabet is arranged according to the structure of creation, not just random letters. It begins with ‘ah’ (‘a’) the first sound and the most primal sound we can make, and it ends with ‘aah’ (‘ah’) – an out breath, which is the final sound we make when we leave the body, so it’s the final sound of creation.

The beauty of the piece lies very much in the energy that Ramphal creates on stage with the most gentle of movements, which clearly take a lot of discipline to master – there’s a definite sense of less is more.

However, when Ramphal does move her body, each and every moment has been carefully devised.

She explained: “The gestures of my hands are very specific gestures in classical Indian dance, but I’ve limited the number I use and chosen the ones that were in me and that wanted to come out and play.

“In meditation doing one of those movements can have an incredible effect, releasing that serpent like shape. The serpent is very much associated in yogic mythology with creation and movement. ”

Ramphal’s next show will be only the second chance to see this innovative and spiritual work, however it won’t stop there as she enthused: ‘There is a vision to take ‘The Shape of Stillness’ around the world to create unforgettable experiences of wellbeing that will have an impact on people’s lives well beyond the moment of the evening.”

The Shape of Stillness

Privacy & Cookies: This site uses cookies. By continuing to use this website, you agree to their use.
To find out more, including how to control cookies, see here: Cookie Policy
← Mumbai Film Fest ( Jio Mami with Star 2017): Dreams start here…(reviews: ‘The Forsaken’, ‘Ashwathamma’, ‘Walking with the Wind’ and ‘One Thousand Ropes’)
‘The Boy With The Topknot’ – Best BBC commission of the year? →