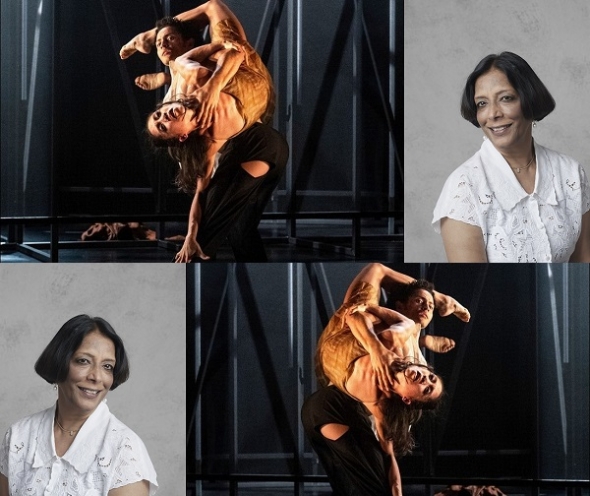 ONE OF BRITAIN’S most innovative and radical choreographers has been recognised in the New Year’s Honours list as she celebrates 30 years in dance.

Shobana Jeyasingh has been honoured with a CBE in the New Year’s Honours list, released earlier today (December 28).

On the Twitter feed of the company she created 30 years ago, Shobana Jeyasingh Dance Company (SJDC) – her colleagues reacted: “We’re all so proud of Shobana Jeyasingh who has been awarded a CBE today, in recognition of her incredible work in the world of contemporary dance. Couldn’t think of a better way to celebrate 30 years of outstanding choreography. Bravo!”

Jeyasingh’s most recent new work ‘Staging Schiele’ (which toured in Autumn of this year) was a creative meditation on the life and work of Austrian artist/painter Egon Schiele, whose work explores gender, desire and the play of male and female, against the classical backdrop of the male artist and the female model (or muse).

“Four dancers inhabit Schiele’s highly-charged world of colour, masterful lines and unusual perspectives, a world that puts the human body on visceral display. Shobana’s award-winning choreography matches the intensity of Schiele, engaging with his anxieties as well as his supreme self-confidence,” states SJDC about this work.

Jeyasingh is a classically trained bharatanatyam dancer but her work as a choreographer has increasingly been influenced by more European and contemporary dance preoccupations – making her one of the most unusual and exciting British choreographers working today.

In February, her 2017 work ‘Material Men redux’ goes to The Curve Theatre in Leicester for the first time. It is a duet and devised for two virtuoso dancers in different fields of dance – Sooraj Subramaniam, a bharatanatyam specialist, and Shailesh Bahoran, a hop-hop master perform ‘Material Men redux’. The work explores migration and indentured labour and includes a new opening where a Victorian Liverpool trader and a Kolkata merchant (in a voiceover) discuss a lack of plantation workers and an easy solution.

Jeyasingh spoke to acv after marking 25 years in dance.

Among the other prominent Asian arts and media figures on this year’s honours list are broadcaster and former ‘Great British Bake-Off’ champion, Nadiya Hussain. She gets an OBE for her services both to broadcasting and the culinary arts.

Nishma Gosrani, who is on the board at Tamasha theatre company, and is also a corporate diversity champion and a director at Deloitte Consulting, is also the recipient of an OBE She has been recognised for her voluntary work in the field of Diversity and Inclusion.

Jasvir Kaur Rababan, a classical musician who is Sikh and works with the community has been awarded an MBE Well-known for her music therapy, she has worked extensively across Europe and North America and is a prominent member of the Raj Academy. She is estimated to have helped 13,000 people through her musical therapy work.

Steve McQueen the Oscar-winning director for ‘12 Years a Slave’ is among the knighthoods announced – along with fellow director and Oscar winner (‘American Beauty’) Sam Mendes. Broadcaster Gok Wan receives an MBE.

A number of Asians involved in community and voluntary work have also been recognised – of the 1,097 on this year’s list 9.1 per cent are from an ethnic minority.

More on Shobana Jeyasingh – Look out for an extensive interview about Jeyasingh’s 30 years in dance coming to www.asianculturevulture.com soon!