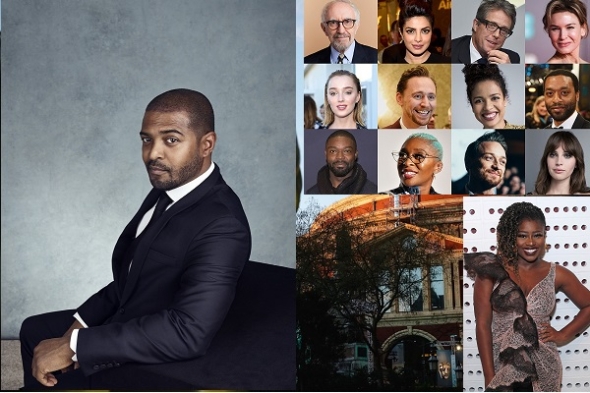 IN WHAT is a first – the British Academy Film and Television (Bafta) Film Awards will be a two-part affair.

Billed as a Bafta weekend, the first part takes place tonight (Saturday, April 10) and the main awards ceremony will take place tomorrow on Sunday. Both shows will be broadcast on the BBC.

The EE Bafta Film Awards Opening Night, tonight, is an hour-long show that can be viewed on BBC 2 (in the UK) from 8pm. Clara Amfo will host and will be joined by a panel of guests including film critic Rhianna Dhillon and actor Joanna Scanlan (‘After Love’).

“The programme will give audiences a rare, in-depth look at the filmmaking process using behind the scenes footage from the nominated films to highlight the craft categories. Eight category winners will be revealed on the night,” stated a Bafta release.

British star Noel Clarke will also be presented with his Outstanding Contribution to Cinema Award this evening.

“From his very first TV appearance over two decades ago in the ground-breaking Channel 4 series, ‘Metrosexuality’, Noel Clarke has played a pivotal role in bringing diversity to British screens in front and behind the camera and pushing under-represented talent and stories to the forefront of cinema and television,” stated Bafta announcing the award on March 29.

His most recent success has been with the Sky One’s ‘Bulletproof’ in which he stars alongside Ashley Walters. He co-created this series and it will go into production for its fourth instalment later this year.

He can also be seen on Sky Cinema presently in ‘SAS: Red Notice’. And is due to star in ITV’s forthcoming drama, ‘Viewpoint’.

It was the Hood film trilogy that really helped to establish him in the film and TV industry. ‘Kidulthood’ (2006), directed by Menhaj Huda, ‘Adulthood’ (2008) and ‘Brotherhood’ (2016) and were among the earliest films to recognise a changing and diverse London.

In 2007, he co-founded a production company, Unstoppable with fellow actor/producer Jason Maza. It has produced 10 feature films including ‘The Fight’ and aims to champion new voices. He received a Bafta Rising Star Award in 2009 and also holds A Most Promising Newcomer Olivier Award for his performance in the play, ‘Where do we live’ at the Royal Court.

Marc Samuleson, chair of Bafta’s film committee, said: “He is now building a hugely successful production company, giving opportunities to a wide range of talented people from many different under-represented groups. I cannot think of a more deserving recipient for this year’s award.”

Clarke responded: “Thank you Bafta for this acknowledgment and recognition of my work over the past two decades. I will endeavour to continue to make ground-breaking work and open doors for underrepresented people that may not often get a chance.”

There is also set to be a musical performance by Leslie Odom Jr – who plays Soul icon Sam Cooke in ‘One Night in Miami’ and is nominated in the Supporting Actor category.

Stars Priyanka Chopra Jonas and Asim Chaudhry (Chabuddy G) are among the presenters for the Baftas tomorrow (April 11). Also presenting are Andra Day, Chiwetel Ejifor, Cynthia Erivo, High Grant, om Hiddleston, Anna Kendrick, James McAvoy, David Oyelowo & Renée Zellweger, will be joining from both London and Los Angeles. Tomorrow’s show will be compered by Dermot O’Leary and Edith Bowman. Both shows take place at the Royal Albert Hall but without an audience.

*Among the short film nominations is ‘The Present’ made by writer-director Farah Nabulsi – a British Palestinian. Her film is about the daily humiliations and impositions inflicted on the Palestinians by the Israeli Army. Last night (April 9) the film and Nablusi discussed its themes with a meeting of The Concordia Forum, an initiative which sees high profile global figures from a Muslim cultural background discuss world issues. The film is essentially humanistic and about a wedding anniversary gift and would remind many of the work of Satyajit Ray. Nablusi is currently working on a feature. Among those talking about their reaction to her film last night was Maryum Ali, daughter of boxing legend, Muhammad Ali. You can watch the debate here.
Acv has also seen ‘The Lizard’ which screened at the virtual Sundance Film Festival earlier this year. A BBC Film made by writer-director Akinola Davies, it is set in Lagos, Nigeria and is centred around an eight-year-old girl with mysterious powers. It is hugely imaginative and powerful in a similar way to Nabulsi’s ‘The Present’.
Both filmmakers have extremely bright futures ahead of them and their work suggests British filmmaking is in rude health and has an increasingly global outlook. The other nominated shorts are: ‘Eyelash’ (Jesse Lewis Reece); ‘Lucky Break’ (John Addis), ‘Miss Curvy’ ( a documentary by Ghada Eldemellawy).

*Late amendment – HRH The Duke of Cambridge will no longer appear in tonight’s EE Bafta Opening Night programme following the death of the Duke of Edinburgh, Prince Philip yesterday (April 9).

Privacy & Cookies: This site uses cookies. By continuing to use this website, you agree to their use.
To find out more, including how to control cookies, see here: Cookie Policy
← Bollywood asianculturevulturevibes: Cinemas are back! Diwali releases coming…
Soumik Datta – ‘Songs of the Earth’ new album and first ever video animation highlighting Climate Emergency and Nitin Sawhney Royal Albert Hall Journeys Festival →