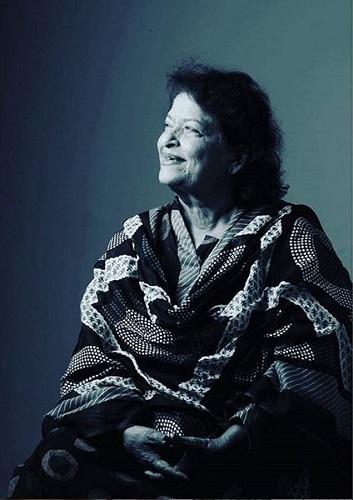 ICONIC choreographer Saroj Khan has died – drawing handsome tributes from many in Bollywood. She was 71 and died from heart failure, according to the Indian media.

Affectionately dubbed ‘Masterji’ in the industry, she is best known as the choreographer who helped to put Sridevi and Madhuri Dixit on the path to superstardom and heralded a time when dance helped to elevate the songs in popular films in India.

Many will recall the ‘Hawa Hawai’ song from the film, ‘Mr India’ (1987) performed by the late Sridevi – as one of the defining moments in a long career that began in the 1950s first as a child artist, and then a back-up dancer and then appearing more prominently in well-known director Bimal Roy’s ‘Madhumati’ (1958).

It was Sridevi’s dance in ‘Mr India’ (1987) that helped to put her on the top of the Bollywood choreography list – many credit her also with popularising Bollywood dancing in the west too – making many moves simple and accessible.

She won many National Awards and later became a judge on TV reality dance shows in India.

Dixit, also known as Dixit-Nene since her marriage, said she was saddened by the loss of her “friend and guru”.

Masterji also had a huge hand in shaping the careers of other superstars – Aishwarya Rai Bachchan and Kajol.

Touchingly, he told them too a story that Masterji herself recounted to him some time after the release of Bachchan’s film ‘Don’ (1978) was released. Masterji said an usher would let her go into the cinema every day just to see him dance to the song, ‘Khaike paan…’ – “that is how much I enjoyed your dance moves,” she told the star.

Another leading man Shah Rukh Khan also paid tribute, saying the choreographer was one of the most inspiring people he had ever met.

Shekhar Kapur who directed ‘Mr India’ said the film’s success owed a lot to her and her choreography skills.

Actor Taapsee Pannu who worked with Masterji more recently, put into words what many were expressing and feeling on hearing the news today.

“Your songs will make every girl remember you for ever and ever,” she tweeted.

Abishek Bachchan revealed his first dance was under the direction of Saroj Khan.

Bollywood icon Akshay Kumar was among the first to inform the world of the tragic development.

Saroj Khan was admitted to hospital on June 20, complaining of breathlessness but tested negative for Covid-19 and her family said she was getting better and expected her to be released from hospital. Her funeral was held today in Malad, Mumbai.

She is survived by her son Raju Khan and daughter Sukaina Khan.