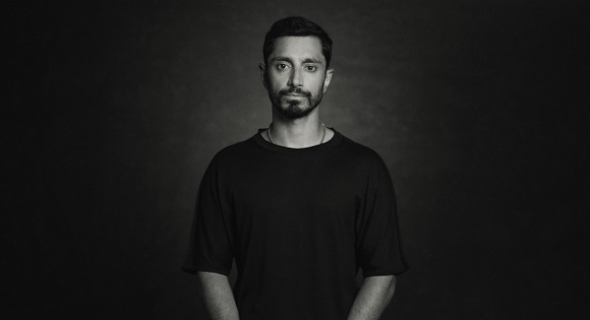 🎤 New song and video, ‘Once Kings’ out yesterday

🎤 Spoken word track ‘I Miss You’

🎤 BFI season with director Bassam Tariq ‘Near the Jugular’ continues…

RIZ AHMED is to perform a livestream version show of his album, ‘The Long Goodbye’, it’s been announced today.

It will be broadcast as a one-off on December 19 by the Manchester International Festival (MIF). Tickets will go on sale on December 1.

‘The Long Goodbye’ Live is a theatrical/musical work that was originally written to premiere in Manchester in March this year, as a curtain raiser to MIF itself next year (2021), but the national lockdown meant it had to be cancelled. It was co-commissioned by MIF and The Brooklyn Academy of Music (BAM).

This same work has now been adapted for a digital audience and is described by MIF as “storytelling, music, archive footage and immersive sound to guide audiences through an emotional landscape”. It will be performed live and include binaural sound – which creates a 3D audio immersive effect and is best accessed through headphones.

Mark Ball, MIF creative director, said: “This online companion performance will be a very different experience to The Long Goodbye’ live stage show which we are planning to bring to Manchester next year, but the energy, emotions and themes of Riz Ahmed’s words are ever resonant with these times, and we’re delighted to be able to continue our journey with this extraordinary performer.”

No dates have been announced for MIF next year, but ‘The Long Goodbye’ stage version will feature.

Ahmed released a new track and accompanying video, ‘Once Kings’ yesterday on his own Youtube channel (see link below).

Called ‘Once Kings’ he described the video and tune, “as one from the heart”. It contains powerful lyrics and has already garnered huge praise.

“This is the most personal track I have ever made, drawn from the same experiences that inspired the film ‘Mogul Mowgli’. It’s about events forcing you to face what really matters; fame or family, success or spirituality, the pressure and desire to represent your people or the need to preserve your own health and well being. I think a lot of people can relate to this feeling of re-thinking their priorities, during this pandemic.”

In interviews ahead of ‘Mogul Mowgli’ releasing today in the UK and Ireland, he has also spoken about the album and what inspired it.

He has described ‘The Long Goodbye’ as a break-up work – and how he views the dislocation of his self and the place he understands as home.

The livestream MIF performance will lead off from the idea, ‘How did we get here?’. In putting this digital version together, Ahmed has been assisted by writer, director and dramaturg Kirsty Housley with creative direction from Andrea Gerlardin and sound design by Gareth Fry.

It will be performed by Ahmed and if the reaction to the video of ‘Once Kings’ is anything to go by – tickets will be snapped up.

Ahmed and Tariq met in the US shortly after the American had released his debut feature work and documentary ‘These Birds Walk’ (2013) and Ahmed was making ‘The Night of’ for which he won an Emmy.

‘Mogul Mowgli’ is a searing, emotional and at times lyrical, tale about a young rap artist ‘Zed’, played by Ahmed himself – who on the verge of a major career breakthrough and mainstream success has to return from the US to London and his parental home because of illness.

There, the welcome is both loving and slightly diffident – his father ‘Bashir’ (played brilliantly by Alyy Khan) has little idea what his son does for a living and is haunted by memories of Partition and surviving a perilous train journey out of India and to his new home of Pakistan. An imaginary figure, ‘Toba Tek Singh’ haunts the main lead’s thoughts and is itself an echo of a famous short story by Sadaat Hasan Manto who wrote about a mental ayslum at the time of Partition, and a place called Toba Tek Singh.

The fact that Ahmed’s character ‘Zed’ suffers from an auto-immune condition is in itself a metaphor and plays with the idea that the body is turning oin n itself in an act Ahmed has described as “molecular level self-hate”.

Exploring similar cultural spaces to one depicted in the film, ‘Once Kings’ has already wracked up thousands of views and hundreds of comments within a day of its release.

Ahmed said it was his most personal to date and hoped it connected with people. He retweeted this reaction from British actor Hamza Jeetoa and many say it is his best track to date.

In addition to the film, the MIF announcement and track release, Ahmed dropped a spoken word track on his Youtube channel, ‘I miss you’ last week. It is a near four-minute work about longing, belonging and the impact of Covid on some communities.

In addition, and along with Tariq, the pair have chosen a list of films which have influenced their film storytelling. Called ‘Near the Jugular’, it runs until November 30, both at the BFI Southbank and on BFI i-player in the UK.

There are comments from both on their selections – among those that inspired their own film are ‘A Man Escaped’ (Robert Bresson 1956), Paul Schrader’s ‘First Reformed’ (2017) and ‘Post Tenebras Lux’ (Carlos Reygadas 2012).

See our interviews with Alyy Khan and Sudha Bhuchar (‘Nasra’) who play the parents of Zed in ‘Mogul Mowgli’ and director Tariq and two of the young actors, Anjana Vasan is Zed’s business manager, ‘Vaseem’ and Nabhaan Rizwan plays ‘RPG’, a rival rapper.

Mogul Mowgli at the BFI Southbank

Privacy & Cookies: This site uses cookies. By continuing to use this website, you agree to their use.
To find out more, including how to control cookies, see here: Cookie Policy
← ‘Mai Ghat – Crime no.103/2005’: A mother’s 13-year fight for justice for her murdered son powerfully and beautifully rendered… (review) IFFI 50
IFFI 50: Final day closing ceremony and film (November 28) – Stars talk films, fans and what they have learnt…Vijay Deverakondara, Rakul Preet Singh, Ilaiyaraaja, Farah Khan…(yesterday) →