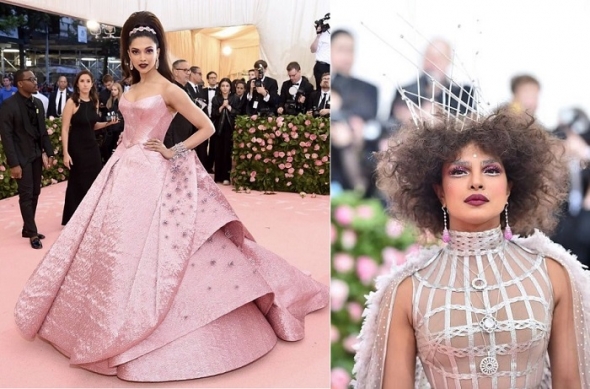 A night of fashion and the world is watching… who made an impression? (Best viewed on desktop browsers other than Firefox)

IT IS ONE OF THE UNDOUBTED events on the global fashion calendar and now sees stars flying in from the around just to be snapped on the red carpet – or Pink Carpet as it was last night (May 6).
The Metropolitan Museum of Art Gala Ball in New York is a major fashion event and yesterday’s theme was Camp: Notes on Fashion, inspired by the late US writer Susan Sontag’s essay, ‘Notes on Camp’ (1964).
It’s a big coup just to be invited by the legendary editor-in-chief of Vogue, Anna Wintour.
Which of our brown girls did well? Who do you think wins the Brown Girls Fashion Prize from the Met Gala Ball? Comment on ACV Facebook…. 🙏🏾

Youtube sensation Lilly Singh, who is about to hit NBC in the US with her own show in September, made her Met Gala debut. The star whom acv interviewed in 2014 has been on a meteoric journey to global stardom. Read more here.

Privacy & Cookies: This site uses cookies. By continuing to use this website, you agree to their use.
To find out more, including how to control cookies, see here: Cookie Policy
← ‘Distance’ – Is the darkest journey with your self, asks play about men and suicide… (review)
Matangi/Maya/MIA – The case for the world citizen seeking justice as made by MIA (review) →