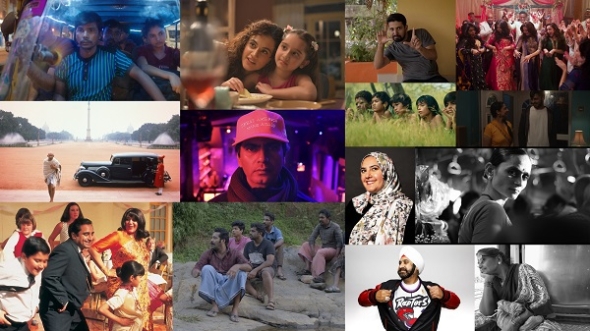 CALLING all you film buffs…the London Indian Film Festival starts on Thursday (June 23) –
decided which films you are going to see… ?
The Blue Orchid Hotels London Indian Film Festival (LIFF), as it is more formally known, runs from Thursday, June 23 to Sunday, July 3.
There are slightly different dates for the festival in other parts of Britain where the festival also takes place: Birmingham June 24-July 5; Manchester June 25 – July 6.
What films are you keen to see?
Here’s our potted guide to the festival when it comes to what films you might want to watch on the big screen – and one at home online!
We have covered some of these films at previous international film festivals and we’ve picked those films we think you shouldn’t really miss – there are other films you should see, but these are the ones that most caught our eye… and if you had to see just one – for us that has to be ‘Chello Show’ – or ‘Last Picture Show’ (see the acv link below) to read more – it’s very family friendly too. We have got some individual film previews to come and make sure you’re connected to our socials (see at the bottom) to learn when they drop both here and on Youtube…

THIS is a world premiere and both director Anurag Kashyap and top Bollywood actor Taapsee Pannu are set to be present for the gala opening film at the BFI Southbank in London.
Kashyap is often referred to as India’s answer to Quentin Tarantino and has a long and illustrious career as one of India’s leading independent filmmakers – responsible for such classics as ‘Gangs of Wasseypur’ (which went to Cannes in 2012) and more recently ‘The Brawler’/’Mukkabaaz’ – which came to London Film Festival in 2018 and ‘Manmarziyaan’ which premiered at the Toronto International Film Festival in 2018 and Netflix sensation, ‘Sacred Games’.
This film, ‘Dobaaraa’ sees the Taapsee Pannu character, a nurse, find a camcorder in the house into which her husband and daughter move into. Playing the camera during an electrical storm, she sees a young boy from 25 years ago – who will die and sets out to save him with terrible consequences to her own life. Kashyap and Pannu and others are set to be quizzed by Anna Smith of The Girls on Film podcast after the screening.
Kashyap is a friend of the festival and appeared at a LIFF talk in 2019 – it remains one of the most candid and frank conversations www.asianculturevulture.com has ever attended.

THAT rare gem – a British Asian home-made feature. Delivered on a micro-budget, well-established theatre director Pravesh Kumar (who founded Watford-based Rifco Theatre and is artistic director) produces a very British and South Asian inspired romantic comedy. Dysfunctional – as all families are – this Punjabi origin one is no different. Simmy arrives in West London to marry Raj, the oldest son. Horrified he flees…what happens then is at the heart of this feel-good comedy. Bursting with British Asian talent established (Goldy Notay, and Yasmeen Khan) and new (Ranmeet Rauli and Viraj Juneja are making their way), and for anyone who thinks South Asian stories don’t get the attention they deserve, this is a must. Kumar and others will be present for a post screening Q&A. Look out for our special preview of this film coming to acv soon…

JUST as the title suggests this is a charming, heart-warming tale of family, love and ambition (and achieving the American dream). First- time feature director Egyptian origin Iman Zawahry (pictured right) and co-writer/lead actor Aizzah Fatima show a deft ability to chart the yearnings of the (South Asian Muslim) heart against the balances that sometimes might need to be made to follow American and western career-orientated goals. Lillete Dubey – a familiar face here (‘Indian Summers’ and ‘Best Marigold Hotel’) plays the matriarch. Feminist – and that’s a positive in our world – it will be hard not to like this movie. Laden with many film festival awards in the US, this is its first screening abroad and director Zawahry will attend.
Look out for interview with Zawahry and Fatima (of ‘Dirty P**I Lingerie’ one-woman show fame) coming to acv shortly.

CLEVERLY titled and about a subject few of us can ever escape even if we wanted to – leading Bangladeshi director Mostafa Sarwar Farooki takes a deep dive into South Asian identity in the West.
Naveen – played by the ever mercurial Nawazuddin Siddiqui – is not what he seems. The film starts relatively innocuously in Sydney, Australia – as a couple Naveen and Cathy (newcomer Megan Mitchell) walk a famous beauty spot. All seems fine until Naveen goes missing and the film starts to unspool their lives from the time they first met in the US as co-workers. Thought-provoking, well-acted and grandly shot, with music from AR Rahman, this is film that will stay with you. It first screened at the Busan International Film Festival in Korea and won an award there. Farooki’s international stature continues to rise…
Siddiqui – you should know all about already – (https://youtu.be/eBASRNgljmc)
Farooki is set to be in London for this screening, we understand.

THIS is one for all the family, if your young person can sit through 100 minutes and simply marvel at the greenery and the young boy Samay (Bhavin Rabari) who dominates the screen.
In Gujarati, it premiered at Tribeca Festival in the US last year and we were lucky enough to see it remotely – it’s stunning and joyous and about a young boy who falls in love with movies. Writer-director Pan Nalin made ‘Angry Indian Goddesses’ and ‘Samsara’ and this is just utterly entrancing. See it while you can and on the big screen!

FROM Kerala and part of the state’s rich independent offerings, this Malayalam language film is likely to leave an impression. Somewhat Shakespearian, this love story aka ‘Romeo and Juliet’ opens into a searing story about revenge, new beginnings and tribalism. An enigmatic cast and the lush wildness of the low Kerala ghats (to the north east), this is a film with a lot to say and in a time when violence at a state level has magnified (in Europe with the war in Ukraine) and suggests humans must not let slights fester – jaw jaw in any context is preferable – even if that is unpleasant and uncomfortable. First premiered a Toronto International Film Festival (TIFF) where artistic director Cameron Bailey called it, “riveting” and “captivating” – it is.
We spoke to writer-director Nithin Lukose and actors Basil Paulose and Vinitha Koshy last year – https://youtu.be/YowT9RZRYWs

FOR THE NOSTALGICS among you and of course calling Meera Syal fans! Celebrating 20 years, this creative powerhouse is going strong and first broke through into the literary world with her novel, ‘Anita and Me’ – of course it was loosely based on the young Syal’s upbringing in the Black Country. Tender, poignant and innocent, this is an important story and one that is likely to gather more plaudits as we get further away from it. Syal is expected to attend.

Once Upon a time in Calcutta (Extra-ordinary Lives); A city alive with meaning and possibilities…

WRITER-DIRECTOR Vikram Aditya Sengupta is one of the most exciting voices to have emerged from India in recent times. This particular film premiered in Venice last year and our correspondent Tatiana Rosenstein talked to Sengupta (in Calcutta/Kolkata) and lead Sreelekha Mitra in Venice. A sort of ‘Sunset Boulevard‘ for Calcutta and the spirit its artists invoke.
Aditya Vikram Sengupta https://youtu.be/t7NVLThdDKo
Sreelekha Mitra – https://youtu.be/u9ogw8LDNLo

Ladies Only (Women Make Movies): What the women of Mumbai want…

ANYONE familiar with travelling on suburban commuter trains in Mumbai will recognise the phrase – some compartments are reserved for women only. Filmmaker Rebana Liz John takes her camera into these and asks the women there, “What makes you angry?” Fascinating and revealing. We will have a special preview with John talking to acv about her film which premiered at the Berlinale (Berlin International) Film Festival this year.

IN A COUNTRY where disability can still have a distinct stigma, this is a clarion call and a work of inspiration – as people with disabilities take to the camera, both in front and behind. Activist and UK academic Dr Shweta Ghosh directs and talks about her film post the screening.
80 minutes – Online UK only from 6pm Friday, June 24 for 48 hours, you will need to register for www.loveliffathome.com

CELEBRATING 40 years, this seminal film which won eight Oscars and was very much a UK-Indian production with the late Richard ‘Dickie’ Attenborough at the helm and unknown Ben Kingsley (as he was then) mesmerising as Mohandas K Gandhi, it would be hard to say no to this on the big screen at the main BFI Southbank theatre. Noted Indian scientist and academic Professor Talat Ahmad introduces and special guests are promised. Will Sir Ben appear?

A ROMP a film from all accounts – we haven’t seen it – this documentary charts the journey of Nav Bhatia from low income migrant worker to someone whose zest for life and the Toronto Raptors basketball team becomes infectious and inspires. Bhatia himself looks set to attend. Our special preview to follow…

There are many, many more films and something for everyone – so do check out strands such as the Queer one and two and three. There are also a bunch of shorts -navigate to that section from the general link right at the bottom of this piece.

Privacy & Cookies: This site uses cookies. By continuing to use this website, you agree to their use.
To find out more, including how to control cookies, see here: Cookie Policy
← ‘The Hungry’ – First clip screening at London Indian Film Festival (LIFF), product of UK-India collaboration
Ashutosh Gowariker – Bollywood and Hollywood star Priyanka Chopra helped me get back to acting, reveals ‘Lagaan’ director (LIFF 2017) →