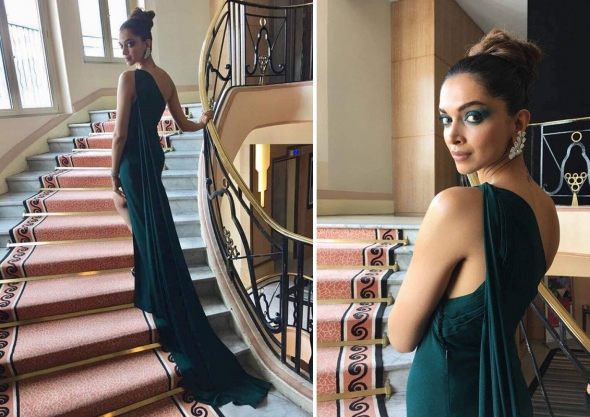 DEEPIKA PADUKONE’S second day is every bit as striking as her first – possibly looking even more the international film star (she hopes to become?)

Time will tell but it certainly looks like she has made an impression in Cannes.

Here are the latest pictures from her Red Carpet appearance this evening for the film, ‘Nelyubulov’ by Andrei Zvyagintsev.

Focus will now switch to Aishwarya Rai Bachchan as Deepika departs tomorrow and another star takes up the L’Oreal Paris cause. L’Oreal Paris is a festival sponsor and marks 20 years of its association with the Cannes Film Festival.

Privacy & Cookies: This site uses cookies. By continuing to use this website, you agree to their use.
To find out more, including how to control cookies, see here: Cookie Policy
← ‘Pataakha’ (‘Firecracker’): Radhika Madan and Sanya Malhotra – two to watch out for – talk cow milking, dung prep and working with Vishal Bhardwaj…
Turner Prize 2018: Naeem Mohaiemen – exhibition screening all four nominees’ work – open to public from today… →