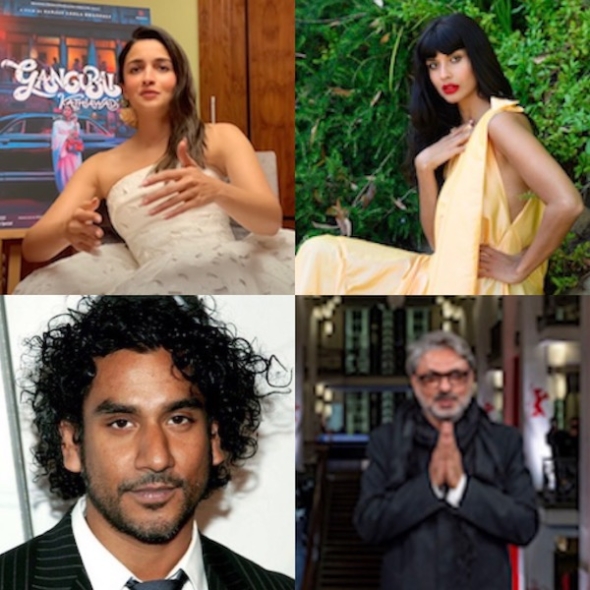 BOLLYWOOD superstar Alia Bhatt is set to make her English language debut in Netflix’s Hollywood spy thriller ‘Heart of Stone’, directed by Tom Harper and starring opposite Gal Gadot and Jamie Dornan.
Netflix India posted on Instagram earlier today (March 8), “Starting our day by announcing (and screaming) that Alia Bhatt is going to be in Heart Of Stone.” Wonder Woman star Gal Gadot also announced her role in the film “Rachel Stone. Nice to meet you. Heart of Stone”.
Bhatt, the lead of Sanjay Leela Bhansali’s ‘Gangubai Kathiawadi’, and who spoke to acv at its world premiere at the Berlinale 72 (Berlin Film Festival 2022) last month, is also known for her roles in ‘Gully Boy’ (2019) and ‘Highway’ (2014). Her next project as co-producer on Jasmeet K Reen’s ‘Darlings’ is to be released later this year, whilst Karan Johar’s ‘Rocky Aur Rani Ki Prem Kahani’, starring Bhatt and Ranveer Singh is to be released in 2023.
Harper was nominated for a BAFTA for his short film ‘Cubs’ in 2006 about urban fox hunting, and is best known for ‘The Aeronauts’ (2019), ‘Wild Rose’ (2018), ‘Peaky Blinders’ (2013) and BBC mini-series ‘War & Peace’ (2016).

Silicon Valley drama – guilty or not?

NAVEEN ANDREWS stars in Elizabeth Meriwether’s new drama series ‘The Dropout’, with the first three episodes released to Disney+ Star on Friday (March 4). The series documents the true story of Elizbeth Holmes (Amanda Seyfried) as the corporate fraudster of Theranos, a company that made millions by faking a radical blood test to diagnose diseases. She was found guilty in January of defrauding investors.
Andrews plays Holmes’ former business partner and ex-boyfriend Ramesh ‘Sunny’ Balwani, and, like Holmes, is going on trial for multiple counts of fraud this month. Best known for his role as Sayid Jarrah in ‘Lost’ (2004-2010), Andrews also starred in ‘The English Patient’ (1996), ‘Mighty Joe Young’ (1998) and ‘Diana’ (2013).
Meriwether is best known for ‘New Girl’ (2011), ‘No Strings Attached’ (2011) and ‘The Squid and the Whale’ (2005), whilst Seyfried has starred in a number of successful films including ‘Mamma Mia’ (2008), ‘Jennifer’s Body’ (2009) and ‘A Million Ways to Die in the West’ (2014).
www.asianculturevulture.com saw the documentary about Holmes, ‘Inventor: Out for Blood’ at the Sundance Film Festival in 2019. You can read that review and others from that festival here – http://asianculturevulture.com/portfolios/sundance-film-festival-2019-reviews-hala-after-the-wedding-queen-of-hearts-knock-down-the-house-native-son-the-inventor-out-for-blood-in-silicon-valley/

JAMEELA JAMIL has been cast in Peacock’s (NBCUniversal’s streaming service) new spin off TV series ‘Pitch Perfect’, following on from the movie franchise of the same name.
The series stars Adam Devine and Flula Borg in reprising roles as Bumper Allen and Pieter Kramer, with the ‘Isn’t It Romantic’ (2019) director Tod Strauss-Schulson taking the helm for the first two episodes of the series.
Jamil will play Gisela, a flashy, German pop star who is Pieter’s ex-girlfriend and Bumper’s main competitor in the German Unity Day Concert, who is willing to stop at nothing to beat him.
The actress, presenter and activist is best known for her role as Tahani Al-Jamil in ‘The Good Place’ (2016), as well as co-hosting radio show ‘The Official Chart Update’ alongside Scot Mills on Radio 1, and is also set to play Marvel villain Titania in upcoming Disney+ film ‘She-Hulk’, to be released later this year. Also joining the cast is actor Sarah Hyland, best known for her role as Hayley Dunphy in ‘Modern Family’ (2009). Jamil started out her career in the UK as a TV presenter and radio DJ before moving stateside in Los Angeles.

A 14-year vision coming to life…

FILMMAKER Sanjay Leela Bhansali is partnering with Netflix for his very first digital/OTT series, ‘Heeramandi’.
It will be another period piece and set during the time of courtesans and pre-independence. He looks set to recreate the ambiance of Lahore as it was before the creation of Pakistan.
Bhansali will explore themes of love, betrayal, succession and politics through three generations of courtesans, with Sonakshi Sinha, Manisha Koirala, and Aditi Rao Hydari as lead actors.
In a statement, Bhansali said: “Heeramandi’ is an important milestone in my journey as a filmmaker. This is an epic, first of its kind series based on the courtesans of Lahore. It is a huge saga…it is something I was living with for 14 years. It’s very vast and ambitious.”
Bhansali is enjoying both critical and commercial success with his most recent film, ‘Gangubai Kathiawadi’. The film which charts Alia Bhatt’s journey from Ganga to Gangu initially in pre-independent India to post and a leadership role among the women who work in the red light district of Kamthipura in Mumbai.
The series is set to release on Netflix on December 27, 2022.