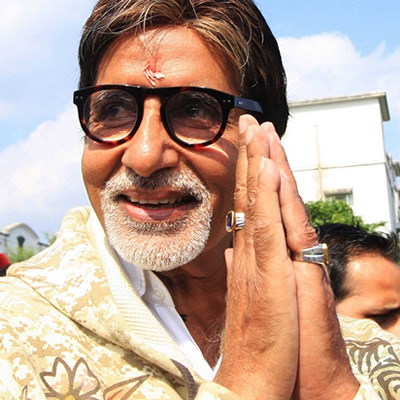 Cinematic hero to millions will appear for The Great Gastby premiere

INDIA’S biggest movie star, Amitabh Bachchan, will be gracing the most famous red carpet when he hits the 66th Cannes Film Festival, which opens on May 15.

The 70-year-old icon features in the film which will open this year’s festival – The Great Gatsby and is likely to be a major draw for events celebrating 100 years of Indian cinema in Cannes this year.

There will be four days of screenings, talks and events marking the auspicious date in the Indian film calendar and it is the first time India has been given  special guest country status at the festival.

The Great Gatsby, directed by Aussie Baz Luhrmann, includes an all star cast, many of whom will attend the premiere in Cannes. Among them will be Leonardo DiCaprio, Tobey Maguire, and Carey Mulligan and American rap artist Jay-Z, who has scored the music.

Bachchan has played down his part in the film, claiming he is only in it for about “five minutes” but the trailers feature him prominently and speaking in a rich baritone American accent.

The Great Gatsby is set to enjoy a premiere in New York on May 1st and the film features in the out of competition section in Cannes this year.

Bachchan made his name in 1970s with films such as Sholay, and Deewar and has gone on to carve a special niche for himself in the Indian film industry.  He is widely seen as the grand old man of Indian cinema and it is fitting that he is making his first ‘official’ appearance in Cannes as the world’s most famous festival marks a 100 years of Indian cinema.

*Look out for more on the Cannes Film Festival celebrating a 100 years of Indian cinema, here on asianculturevulture.com soon.