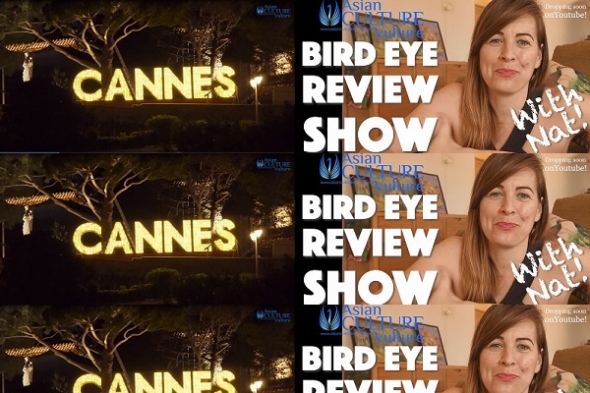 WE ARE LAUNCHING a new show tomorrow (Sunday, May 17) – the Asian Culture Bird Eye Review Show.

It’s a look at what is out online and the first show reviews ‘Extraction’ starring Chris Hemsworth with Bollywood star Randeep Hooda and Pankaj Tripathi in supporting roles. It’s an all-out action thriller.

The other show reviewed in ‘The Bird Eye Review Show’ is US star Mindy Kaling’s ‘Never Have I Ever’. Both are reviewed by Nat Barrass – who was part of the acv team covering the International Film Festival of India (IFFI50) in Goa last year. You can see www.asianculturevulture.com editor Sailesh Ram and Nat discussing their experiences at that festival here.

This weekend and next we will also be dropping some Cannes Film Festival related videos. We would have been covering the festival as we have done since 2014 as the fest was originally scheduled to take place May 12-23.