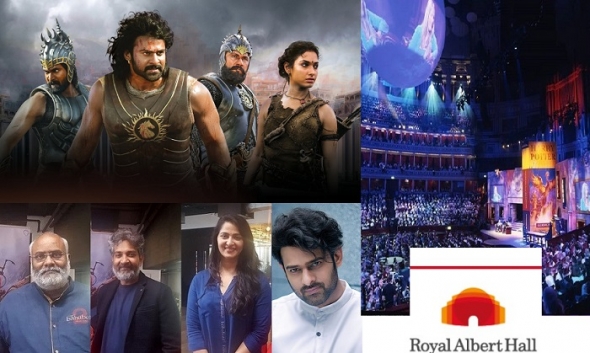 POSTSCRIPT 15.10.19: Chandrika Patel from Croydon, London and Malti Patel from Thorton Heath, Surrey are the two winners of Baahubali competition.

HERE’S your chance to win ONE PAIR of tickets to what promises to be one of the great cinematic events of the year!

We have teamed up with the good folks at the Royal Albert Hall to make this competition possible.

The Indian film ‘Baahubali – The Beginning’ caused a sensation when it was released in 2015 – literally millions flocked see to it and it smashed both domestic and foreign box office records.

A second instalment ‘Baahubali – The Conclusion’ in 2017 consolidated its stars and makers, and turned the film into a super franchise – with computer games spinoffs, a potential TV series and merchandise, including books, posters and graphic art work.

Now as a tribute and recognition of their international impact – the talent behind ‘Baahubali’ will reunite for a one-off screening, live musical score played the Royal Philharmonic Concert Orchestra and Q&A.

In attendance will be director SS Rajamouli, music score composer, MM Keeravaani and the undoubted trio of stars from the incomparable Prabhas, the luminous Anushka Shetty and the style and presence of Rana Daggubati.

You can join them all on Saturday, October 19 – and here’s your chance to do it for free.

Answer this question – who composed the music for ‘Baahubali’ ?

Send your answer and your name and a contact telephone number to this email address, editor@asianculturevulture.com by Monday, September 30 (Midnight) and have your winning entry go into the prize draw*. Please do put Baahubali Competition in the subject line, so we do not miss**.

We have TWO PAIRS of tickets to give away. And if you do not hear from us by October 5 – you can assume you have been unsuccessful – but good luck!

You can ensure your place at the Royal Albert Hall by clicking on the banner below and booking tickets!
See you there!
*To qualify for the winning tickets you must be 18 or over and be resident in the UK. Good Luck!

Privacy & Cookies: This site uses cookies. By continuing to use this website, you agree to their use.
To find out more, including how to control cookies, see here: Cookie Policy
← ‘Delhi Crime’ Netflix hit – director Richie Mehta on what drove him and the cop in Delhi rape case investigation (BAFTA/LIFF talk 2019)
Girish Karnad – tribute event in London and his strong British connections… →