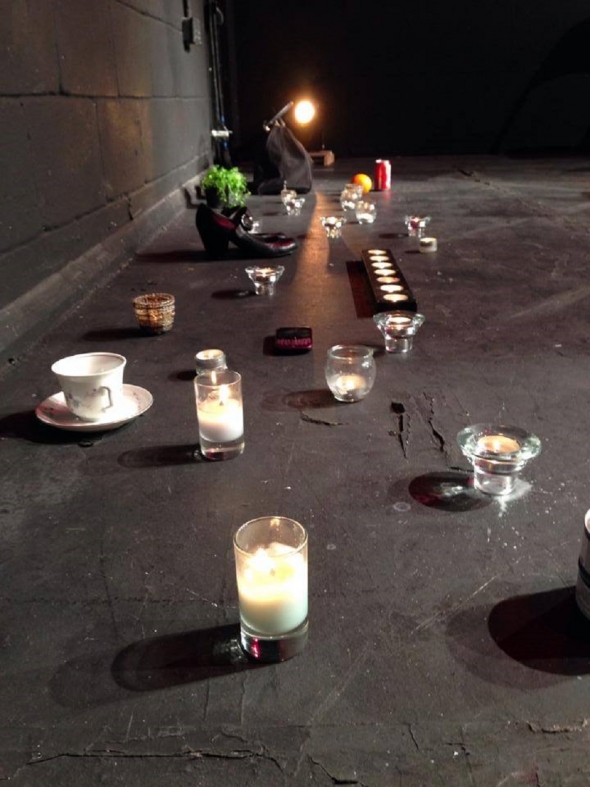 Penetrating and intense, but also with dashes of poignant humour, 12 women writers give voice to the victims of ‘honour’ crime in a moving new play called 12…

THE FIRST of its kind, ’12’, was a unique theatre production, by the Kali theatre company, where twelve writers wove together a series of monologues to tell the true stories of young women killed in the UK in the name of family ‘honour’.

According to the Metropolitan Police, on average twelve women die each year in the UK as victims of so called ‘honour based violence’.

After discovering this information and seeing the moving and Emmy award-winning documentary “Banaz-A Love Story” by Deeyah Khan, Kali’s creative team wanted to find a way for them as theatre makers to tackle this politically burning but socially and culturally sensitive issue in a way that would celebrate and give voice to these lost lives.

The play was for the benefit of the non-profit organisation Southall Black Sisters, which is committed to challenging domestic and gender-based violence across the UK for ethnic minority women; and also for Asha, a charity that provides services for South Asian women escaping domestic violence and campaigns for their rights on issues such as racism and immigration.

With not a single spare seat in the small, intimate theatre, the audience braced themselves for what was going to be a touching journey. The stage production was simple – merely dimmed candle lights (pictured), very few props, such as a handbag and a teacup, the actors wore plain clothing and there were definitely no gimmicks. These twelve women used the power of voice and emotion to tell the stories of victims of honour killings.

The play raised a range of significant issues, from forced marriages to young women wanting an education. These topics underlay a wider theme of the difficulties many young migrants face when coming to the West, such as keeping one’s identity, respecting their culture, whilst trying to avoid being a social outcast in school and college.

Yet this was just one half of the story; monologues from a school teacher and police officer highlighted the failure of the justice system in acting quickly and prioritising the issue of honour crimes. This paved the question of, “What’s a young Asian woman’s life worth in this country?” when different agents in society are letting the issue pass them by.

The point was to question the idea of ‘izaat’, the infamous word for ‘honour’ that perpetrators felt legitimised their actions and ultimately, the murder of these women.

The extremeness of their actions they took to protect a name at the expense of their daughter’s life was horrific and unjustifiable. And this was for what? “Honour, respect and reputation”, three words that meant nothing when blood was on their hands.

The sad ambience in the theatre hall was occasionally balanced out by humorous one-liners the victims said when they were alive.

A personal favourite was when one speaker joked, “who needs the Twitter network when you got the auntiji network?” highlighting, on a more serious note, how some young women have no freedom in this country, and are constantly being watched and judged.

While the scope of intensity and emotion cannot be questioned, I could not help but notice how the production was centred on the plight of Muslim women only.

Honour killings are also unfortunately a part of African culture, Punjabi culture and to some extent, a part of Hinduism too. It would have been interesting to hear a few monologues from women said backgrounds too.

Nevertheless, the play was a real eye-opener in exploring a rather taboo subject in this country, by sharing the plight of twelve victims of honour killings.

A play like this is exactly what is needed to help people understand the difference between culture and crime and to hopefully eradicate the horrible atrocities of honour killings.

*12 finished a two-night run at the Tristan Bates Theatre, central London on December 14.