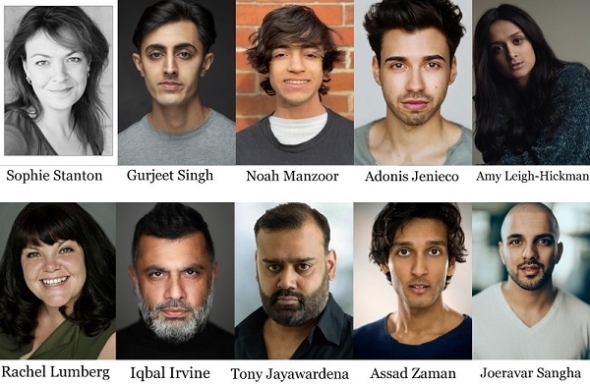 Popular play is back from the autumn…

‘EAST IS EAST’ – the original play celebrates 25 years this year with a new production.
The full list of cast and creatives were announced yesterday (July 27).
Tony Jayawardena will play George, while Sophie Stanton will reprise the role of his long-suffering wife, Ella.
The play will run from Birmingham Rep from September 3-25 and then transfer to the National Theatre in London, for October 7-30, and will finish up at the Chichester Festival Theatre for November 1-6.
Iqbal Khan directs with Natasha Kathi-Chandra as associate director.
The promotional blurb states: “George Khan wants to raise his family the proper Pakistani way but hasn’t counted on the distractions of 1970s Salford.
“Abdul (Assad Zaman) and Tariq (Gurjeet Singh) aren’t ready to be married off, Saleem (Adonis Jenieco) is pushing artistic boundaries, Meenah’s (Amy Leigh-Hickson) skirt is too short and Sajit (Noah Manzoor) just wants to hide in his parka. Can mum Ella keep the family together?”
Tickets have gone on sale for the first show.
We will be covering this production and previously talked to ‘East is East’ writer Ayub Khan Din about what inspired him to write the play in 1982, when it returned more recently to the theatre in 2014. He also penned the hugely successful film version which starred the late and great Om Puri in the titular role, as George ‘Genghis’ Khan. See below to read.

Privacy & Cookies: This site uses cookies. By continuing to use this website, you agree to their use.
To find out more, including how to control cookies, see here: Cookie Policy
← BritAsiaTV Music Awards 2018 – End of show special performance and grand celebration of the best in Asian Music (picture gallery too)
‘Taj Express’ – Live Bollywood extravaganza in the heart of London, acv talks to Shruti Merchant, director and producer →