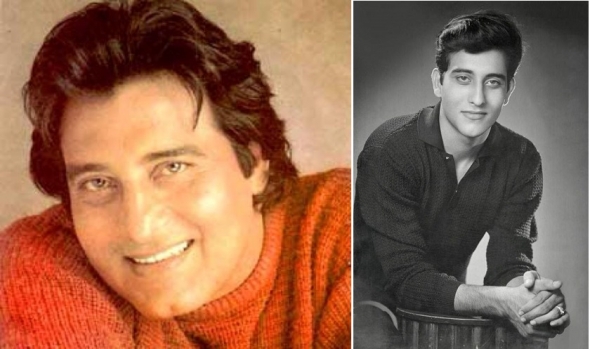 ONE OF THE GREAT icons of Bollywood passed away on Thursday (April 27), leading to an outpouring of grief and sadness from many quarters of India and further beyond, at the untimely demise of Vinod Khanna.

There were many, many tributes from Bollywood and even India’s Prime Minister Narendra Modi was among those who took to social media to express their deepest condolences.

Khanna was 70 and had been suffering from bladder cancer, though it was not widely known.

He said: “His screen presence is unparalleled even today…his super star swag is what we grew up on…”

Khanna was one of the earliest superstars, establishing himself in such films as ‘Amar Akbar and Anthony’ alongside Rishi Kapoor and Amitabh Bachchan, arguably Bollywood’s most iconic figure whose own trajectory began in the 1970s as well.

Many say that Khanna would have been at least as prominent as Bachchan is now – had he not taken a spiritual detour via controversial holy man, Rajneesh (also known as Osho). For a while he dropped out of acting in films altogether and is thought to have spent time in Rajneesh’s ashram in the US.

Bachchan was among the mourners at his funeral on Thursday evening in Mumbai. He was joined by his son, famous actor Abhishek.

The older Bachchan like Rishi Kapoor appeared most upset by the star’s demise. Bachchan said he had lost a 48-year-old friendship, while Kapoor remarked he was a friend and thanked him for the good times.

Remembering the good times with you,Vinod. Thank you for being my friend. pic.twitter.com/hvZoYeQMEF

A little closer to home, www.asianculturevulture.com’s Suman Bhuchar who had met Khanna on his visits to the UK recalled a star genuinely interested in the British Asian community.

Bhuchar told acv : “In early 1994/5 he came to the UK to search for a Brit Asian girl to play alongside his son, Akshaye who he wanted to launch into movies, this was ‘Himalaya Putra’ ( a modest success) and Anjala Zaveri (from Portsmouth) was found after a nationwide talent search.”

Lalit Mohan Joshi, Indian film historian and director of the South Asian Cinema Foundation, who also lives in London, knew Khanna from a similar period in the 1990s, remarking that he felt he knew there was a star in the making right from his first film, ‘Man Ka Meet’ in 1968.

Khanna had actually started out in negative roles, before being cast in more traditional hero parts.

“While working on (a profile of) him, I realised he was a gentleman too,” wrote Joshi.

It was a sentiment frequently expressed in the many personal condolence messages.

There were a string of film hits in the 1970s and Khanna seemed destined for a new type of superstardom, but his personal engagement with faith and spirituality took him in a different direction.

Joshi reflected: “Had he not left films in 1982 to join Rajneesh (Osho) for five years, the graph of his career would have been close to his contemporary Amitabh Bachchan, if not above him.

“But Vinod Khanna had no regrets. He felt all his decisions were correct at the particular points of time they were made. He was into meditation much before he met Osho. There was a streak in him to explore the higher realms. That’s what he did. You always pay the price of your search, he said.”

In Joshi’s closing remarks, he said the star always held the poet, lyricist and filmmaker Gulzar in the highest of esteem and told Joshi that it was Gulzar who had taught him how to internalise a character.

Joshi also recollected that Khanna told him that whenever he was faced with a choice, he preferred to follow his heart rather than his mind.

“This was Vinod Khanna and he deserves to be remembered with love, dignity and respect,” Joshi ended his tribute.

The star had last appeared in a film alongside Shah Rukh Khan and Kajol in ‘Dilwale’ (2015).

Khanna also had a career in politics and served in the BJP government under Atal Behari Vajpayee and was re-elected in 2015 after losing in the 2009 elections.

He was married twice and had four children his from two marriages – both Rahul and Akshaye from his first to Gitanjali, went onto become Bollywood actors. He also had a son, Sakshi and a daughter, Shraddha later with Kavita Daftary.