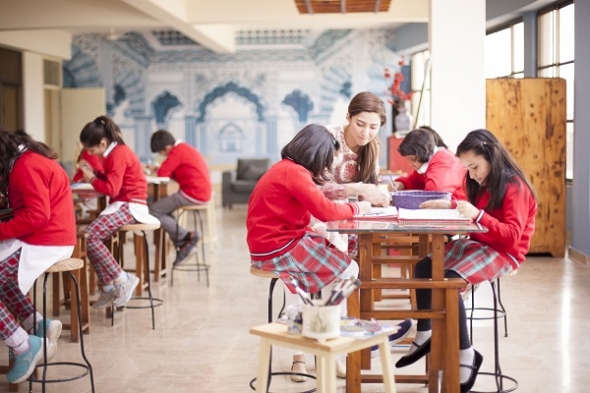 ACCORDING to the Human Rights Commission of Pakistan, one woman is raped in the country every two hours.

This shocking statistic is what finds Pakistan ranked third from bottom as a country most dangerous for women.

This shows that much needs to be done yet many are still reluctant to discuss even rape as a topic.

Bravely, filmmaker Shoaib Mansoor isn’t one of these people and is no stranger to tackling important social issues in past films such as Islamist extremism (‘Khuda Kay Liye’).
His latest film, ‘Verna’, aims at highlighting the disturbingly prevalent problem of sexual violence against women.

However, Mansoor goes one step further with an in-depth exploration of the consequences of rape and how it affects the victim.

And while most cases involve poorer women in small villages, Mansoor goes even deeper by shining the spotlight on rape within the middle class – which is often even less talked about (but is still very much happening) due to the powerful positions of those involved.

However, their honeymoon period comes to an abrupt end when Sara is kidnapped and raped.

What’s most harrowing is how Sara is treated after her ordeal – with her parents convincing her to not to report it to the police and forget it ever happened in order to avoid dishonouring the family.

One aunt even goes as far as ‘victim blaming’ Sara for wearing jeans and bringing it upon herself – an outrageous yet unfortunately common accusation made by many people in such cases.
Despite this, Sara bravely fights against the stigma of rape and risks isolation in order to bring the perpetrators to justice.

She constantly challenges her husband (who now can’t help but treat her differently) as she asks him, ‘Does a woman’s honour just rest on one part of her body? Is there nothing else to her?’

There’s a firm message of female empowerment and solidarity when Sara recognises the power she holds as a middle-class woman fighting back – poorer victims’ families accept money from their attackers in order to silence them.

Sara finds herself rebelling against an entire socio-political system run by extremely powerful men – and yet refuses to be oppressed.

What’s perhaps most shocking is the reaction to the movie in Pakistan after the Lahore premiere was swiftly cancelled at the last-minute due to the censor board disagreeing with the nature of a movie surrounding rape.

The social media world was quick to protest and the ban has fortunately now been lifted after a second viewing by the authorities.

However, it’s worth wondering how the rape crisis can be tackled when movies which highlight the issue are often blocked?

Mansoor must be commended for the courageous decision to release such a ground-breaking film on a highly taboo subject in an industry that is still relatively new.

Mahira Khan (the first Pakistani woman to become a L’Oreal ambassador, see our interview with the star, link below) was a true delight to watch, making the audience feel as if they were all fighting with her.

While the story could have been executed better, the criticism of how rape is dealt with and the need for women to stand up and fight, couldn’t have been clearer.

We hope ‘Verna’ plays an integral role in opening up the debate on how women are treated in Pakistan.

Privacy & Cookies: This site uses cookies. By continuing to use this website, you agree to their use.
To find out more, including how to control cookies, see here: Cookie Policy
← South Asian Heritage Month starts (July 18-August 17)… Anita Rani and Nadiya Hussain talk about its importance and early programme released…
Bird Bites: ‘A suitable boy’ stirrings; ‘Stephen’ – new ITV drama on Stephen Lawrence; and Bachchans Coronavirus vigil… →