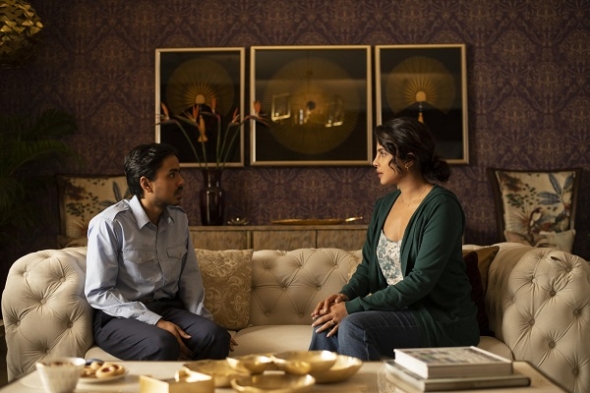 🎥 Executively produced film by Hollywood and Bollywood star Priyanka Chopra and she has significant role, though not a lot of screen time in 131 minute film
🎥 Q&A with Chopra, director Ramin Bahrani, and Bollywood star actor Rajkummar Rao and Indian newcomer Adarsh Gourav and moderated by Indian American comic and show host and actor, Hasan Minhaj
🎥 He describes movie as “powerful, thrilling and exhilarating”
🎥 Chopra hopes world will think a bit more about the have-nots, film charts rise of young man from village to wealthy entrepreneur who meets Chinese Premiere
🎥 Film and main character, ‘Balram’ (Gourav) asserts: ‘It will be the age of the Brown and Yellow Man’ and white people are ‘finished’ (sort of…)
🎥Uncomfortable viewing as Rajkummar Rao says film focuses on the millions in India nobody pays attention to and who are “invisible”
🎥 Bahrani, who is of Iranian origin, and went to same college in US as Adiga, and says he has been waiting 15 years to make and read the novel in draft form pre-publication…