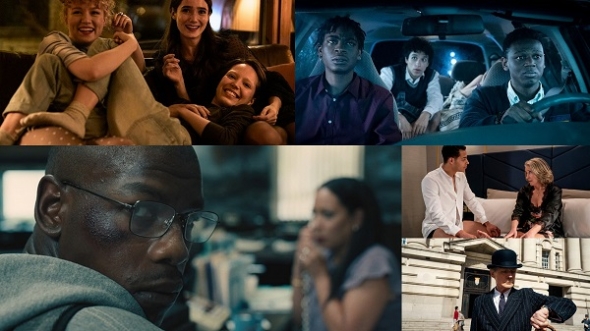 Shining a light into the darkness – ‘Living’

Directed by Oliver Hermanus
Cast: Bill Nighy, Aimee Lou Wood, Alex Sharp
BASED on great Japanese director Akira Kurosawa’s ‘Ikuru’ this is a faithful adaptation transposed to post-war Britain with a superb Bill Nighy playing the civil servant who finds himself in something of a terrible bind. Scripted by Nobel Laureate Kashiro Ishiguro, this is a beautiful, if slightly sombre film tonally. Profound and insightful, and owing much to its illustrious forbearer, this is a highly relatable and very watchable film.
The set design and acting are all quite marvellous and take us back to a time when life was on the face of it, simpler. And yet our failing is not to see what really matters about life.
In the post-screening Q&A, Nighy, the only actor who has any sort of memory of the 1950s as a very young boy, alluded to the idea that we don’t produce men like Williams, the character he plays and that our political leadership is much diminished by an absence of decency and doing the right thing, even if personally, it is uncomfortable or undesirable. It does induce a certain nostalgia for a Britain we have truly lost. Acv rating **** (out of five)

Director: Abi Damaris Corbin
Cast: John Boyega, Nicole Beharie, Selenis Leyva
WITH John Boyega in the lead and based on a real story that is simple and has a message which ‘Living’ also possesses – about the impersonal and dehumanising nature of some bureaucracy, this has the feel of a big 1970s US studio film. Co-scripted by British theatre impersario Kwame Kwei-Armah (artistic director of The Young Vic in London) with Corbin, it does have the feel of a play and might well become one…
Brian (John Boyega) is an Iraq war ex-veteran, demobbed and clearly with a form of PTSD, he is struggling with everything except the love he has for his young infant daughter. That he decides to take matters into his own hands over some money owed to him by the Department of Veteran Affairs is a bad sign.
There are strong performances and it is absorbing but for some it could be a little bland and formulaic and doesn’t take enough risks to be as memorable as it might be. Nevertheless, it has a powerful story to tell and the racial dynamics behind the tragedy deserve exploring. It is also the last big role for Michael Kenneth Williams who plays an under pressure, and marginalised black cop negotiator. The star died in September 2021 from a drug overdose. You can’t help feeling there was more to come from Williams who broke into acting via ‘The Wire’.
ACV rating: *** and ¾ for what Boyega & Williams bring individually…

What do women want in middle age? – ‘Good Luck to You, Leo Grande’

LEO GRANDE (Daryl McCormack) is the name of the gigolo, dowdy widow, Nancy Stokes, played by Emma Thompson, hires to have an afternoon of fun with. And why shouldn’t she…except she wants to talk. The matter of her conscience intrudes and interrupts what should be a simple – okay, simplish exercise in hedonism. Except it isn’t. A bit like a play, this is dialogue driven and smartly funny in places. The racial dynamics are not explored much, if at all – Nancy is white and Grande black or mixed race. It has a lot to say about lonely middle aged middle class women – and worth pondering in debates about whether there is a female gaze and what is it exactly. Written by comic and actor Katy Brand there is humour and a lightness of touch in approaching big personal issues, especially for anyone who has reached the middle part of their lives and feels unfulfilled. It will get headlines for a final scene which while understandably transgressive on its own terms, does nothing to address the gross mass media imbalance there is between male and female nudity, though you do see McCormack’s pert derriere. Thompson didn’t need to go the whole hog…
ACV rating ***

Director: Carey Williams
Cast: RJ Cyler, Donald Elise Watkins, Sebastian Chacon
A COMIC caper involving three young men of colour and a white woman, this is the college comedy put through the ringer of Black Lives Matter and high party jinks and a passed out young white woman on your living room floor. Umm.
Perhaps a little stereotyped in its character depictions, it still packs a punch and has some notable insights into little explored (in cinema) intra-black relations, especially between young black men.
Aimed at a young audience possibly, this is very watchable and isn’t all ha ha hee hee, no sir, this is American race politics blown up and pulled apart but in such a way that you hardly notice – and probably better for it, if you think what some white Americans outside the big cities (and some in it) feel generally about young black men. Quietly brilliant if you can get past those slightly stereotyped, if charming, main characters: very smart black middle class dude, cool black street party guy, Latino nerd and young white party chick – and those on the other side who don’t like any of them. Screenwriter KD Davila won a Sundance writing award – the film has a thriller element to it on top.
ACV rating: ****

Director: Alli Haapsalo
Cast: Aamu Milonoff, Eleonoora Kauhenen, Liennea Leino
GROWING up is hard – wherever you are and whatever your status is. This is a film about three girl friends in Finland on the cusp of womanhood – two become lovers and one has to navigate the difficulties of love with dumb boys. It’s clear that director Alli Haapasalo has possibly an innate sympathy for the two girls who fall in love, but Mimmi (Aamu Milonoff) makes this far from simple or happy ever after and it does leave you both smiling and thinking.
As for Ronkkö (Elenoora Kauhanen), the smart cookie who wants more from her heterosexual relationships and isn’t afraid to ask – finds herself shunned for her honesty and directness. Those boys just can’t handle it.
This is a lovely film, beautifully paced and acted and deserves a wide audience and all three have big careers in front of them if they desire – with Milonoff and Kauhanen possibly moving into international cinema quite quickly, if they want it. No surprise, it won an audience award at Sundance.
ACV rating:****