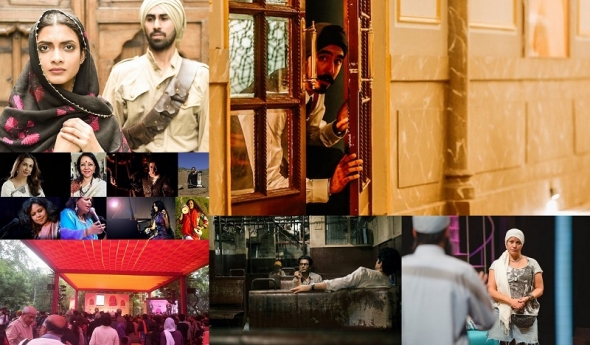 AS WE APPROACH the end of 2018 and turn down the lights on a turbulent and a year of change, acv is seeing whether you’ve kept up – most of the answers are in our stories on the site; there are some seasonal ones to get started, some are more general knowledge and there are a few trickier ones…

There are nine categories (you would not expect anything too easy from us, haha) and there are bonus points available – which can elevate you to a whole different level! (Bragging rights allowed!) – Good Luck!

Q: Which actor/director premiered her biopic of the writer ‘Manto’ at the Cannes Film Festival this year?
A: Shabana Azmi
B: Nandita Das
C: Priyanka Chopra
D: Aparna Sen
E: Zoya Akhtar
For an extra point who played the lead in the film?

Q: Vicky Kaushal is a rising star in Bollywood, which ONE of these two films released in the Autumn, did he appear in…
A: Daddy
B: Manmarziyaan
C: October
D: Andhadhun
E: Sanju

Q: Which film opened the International Film Festival of India (IFFI) this year in late November?
A: The Favourite
B: Roma
C: Robot 2.0
D: The Aspern Papers
E: Zero

Q: Who is the youngest female to have ever got press accreditation to the Cannes Film Festival and was part of the acv team in May this year?
A: Attika Choudhary
B: Suman Bhuchar
C: Shay Grewal
D: Momtaz Begum-Hossain
E: Tyra Grewal
An extra point if you can say just how old she was at the time.

Q: Who plays the lead role of Tartuffe in the RSC production currently running at Stratford until February 2019?
A: Sacha Dhawan
B: Simon Nagra
C: Asif Khan
D: Peter Singh
E: Shubam Saraf
For a bonus point name the director of this production

Q: Which Bollywood extravaganza was performed at the Peacock Theatre, London this year?
A: White Teeth
B: Taj Express
C: Bollywood or Bust
D: Bring on the Bollywood
E: Dishoom

Q: Which play dealt with the fake Islamist plot to take over Birmingham schools?
A: Sundowning
B: Sweat
C: Trojan Horse
D: Cry God for Harry, England and Saint George
E: Voices in the Dark

Q: Which dance theatre show contained both a romance and a tragedy about the First World War and is inspired by a famous Indian short story?
A: The Troth by Akademi
B: Young Men by Ballet Boyz
C: Xenos by Akram Khan Company
D: Remember: 1914-1918 by Candoco Dance Company
E: Contagion by Shobana Jeyasingh Dance Company

Q: Which rapper and recording artist was the subject of a candid documentary that hit the big screen this year?
A: Mathangi Arulpragasam
B: Riz MC
C: Hard Kaur
D: Jay Sean
E: Raja Kumari

Q: Which Asian pop singer who took part in the Women in the Arts conference by Sama arts, was ‘ever so lonely’?
A: Najma Akhtar
B: Sheila Chandra
C: Abi Sampa
D: Alka Yagnik
E: Shreya Ghosal

Q: What genre of music was celebrated at this year’s Zee London Mela?
A: Jazz
B: Rap
C: Khayal
D: Bhangra
E: Fado

Q: Which sarod artist collaborated with a Carnatic violinist for an event which was specially commissioned by the Bagri Foundation?
A: Amjad Ali Khan
B: Arnab Chakraborty
C: Wajahat Khan
D: Debasmita Bhattacharya
E: Soumik Datta

Q: Who wrote a novel about a Gujarati family from Kenya settling down in Bradford?
A: Nikesh Shukla
B: Salman Rushdie
C: Vinay Patel
D: Nadeem Aslam
E: Vaseem Khan
For an extra point name the title of the novel

Q: Libraries and graveyards were the subject of two photo exhibitions by artists who are part of the #NewNorthSouth initiative. Where did the exhibition take place?
A: Whitworth Art Gallery, Manchester
B: Ikon Gallery, Birmingham
C: The Tetley, Leeds
D: The Hepworth, Wakefield
E: Tate Modern, London

Q: Which comedian was nominated for the ‘Best Newcomer’ award at the 38th Edinburgh comedy awards 2018?
A: Shazia Mirza
B: Ayesha Hazarika
C: Sindhu Vee
D: Sajeela Kershi
E: Shappi Khorsandi
For an extra point give us the title of her show

Q: Which BBC series features the travails of a radio station and is set in Brentford, West London?
A: Still Open All Hours
B: The League of Gentlemen
C: Citizen Khan
D: People Just do Nothing
E: Only Fools and Horses

Q: In which Television series, did the phrase ‘Kiss my Chuddies’ originate?
A: The Real McCoy
B: Goodness Gracious Me
C: The Comic Strip Presents
D: The Lenny Henry Show
E: Are You Being Served?

Q: In the Season 11 of the ‘Doctor Who’ series, what is the name of the doctor’s travelling companion played by Mandip Gill?
A: Yasmin Khan
B: Ayla Nazir
C: Afia Masood
D: Priya Kotecha
E: Alia Khan

Q: What role does actor, Anupam Kher play in the BBC drama, ‘Mrs. Wilson’?
A: A former husband
B: A spy handler
C: A footman
D: A doctor
E: A civil servant

Big thanks to Suman Bhuchar for all the research!