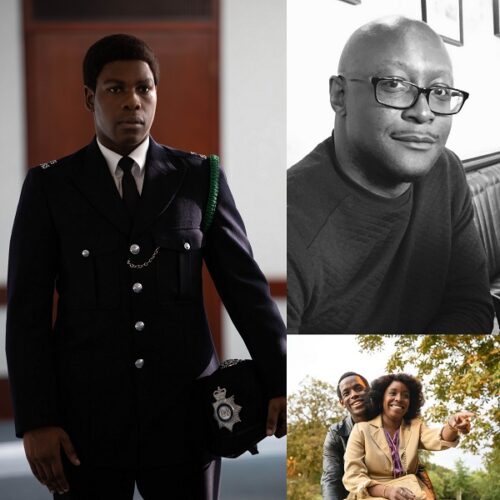 SOMETHING brilliant is happening within British culture – right now.

On Sunday (November 15) ‘Mangrove’, the first of five of director Sir Steve McQueen’s films for the BBC, under the Small Axe banner, screened at prime time – and the nation saw what many critics and festivalgoers had already enjoyed.

Brilliantly acted, superbly staged by McQueen, the tale about a man just trying to make his way in the world in the 1970s with a Caribbean restaurant in Notting Hill, London – but thwarted and persecuted at every turn by racism and biased authorities – it also had a powerful message.

That good people were beaten and scarred and denied their potential because their skin colour was different.

Finally, it seemed as though the crimes against such men as Frank Crichlow (Shaun Parkes) were being laid bare before the nation, chapter, line and verse – through entertainment, and all the better for it.

McQueen, who grew up in Ealing, had wanted to make a series of films about West London and the community he knew, as far back as 11 years ago, but the wheels only really started to turn in 2015, with an assembling of writers who would help him construct these stories.

McQueen’s team had sought Newland out – a production member had seen his play ‘Look to the Sky’ and were aware of his prominent voice within the creative community; and they were aware that he might share a kindred West London spirit – McQueen had asked Newland on their first meeting how you get from White City to Ladbroke Gove.

“It was that level of detail, and I had no trouble answering that but by the time the meeting had finished, I thought I had messed it up, I thought my story ideas weren’t that impressive,” Newland told www.asianculturevulture.com. “However, it turns out that I had said the right thing, we talked about growing up in West London.”

Newland’s debut novel, ‘The Scholar: A West Side Story’ was published in 1997 and it helped to establish him as a writer. It’s a tough read in places and about growing up, aspiration, ambition and life’s harder edges in and around a council estate in West London.

Newland himself grew up on a council estate of houses in White City, just a stone’s throw away from the old BBC Centre in Wood Lane and was part of a West London writing group.

He was recruited by McQueen in 2015 to be part of a Small Axe writing group, known in the trade, as a writers’ room, with Alex Wheatle (an award-winning Young Adult novelist who grew up in Brixton) and Alistair Siddons, a white TV writer-director-producer. Siddons has written the other dramas with McQueen (see below for details).

The writers room discussed ideas, heard testimonies, researched stories and developed scripts in the final phase, with McQueen assigning particular projects to Newland and Siddons. Wheatle was a writing consultant to the whole series.

‘Lovers Rock’ is one of the most amazing pieces of television you will ever see – long, slow-motion shots of the dance and movements, brilliant music (by Ed Bailie, Abi Leland and Lewis Morrison) and a great seductive atmosphere (Read our review).

‘Red, White and Blue’ starring John Boyega (‘Star Wars: Episode VII – The Force Awakens’ in 2015) is about the first black man, Leroy Logan, to join the Metropolitan Police force. It is profoundly about racism in Britain, and ‘Lovers Rock’ is not.

Newland got to write ‘Lovers Rock’ because he knew the social scene it depicts and it is the only purely fictional drama in the series.

The story is essentially about how Martha (Amarah-Jae St Aubyn) and Franklyn (Michael Ward) fall in love at a 1980s Blues music house party in West London.

There is a joyous atmosphere mostly underpinned by the blues music – and it’s infectious.

“Steve had the idea, and it was partly based on his aunt’s story – how she would sneak out of the house.

“I was born into these Blues Parties, in the sense that in 1973 when I was born, it was everywhere and it was a normal Saturday night for Caribbean people.”

Newland has weaved some of his Mum and Dad’s own courtship into the storyline.

‘Red, White and Blue’ is a completely different kind of drama altogether.

It’s set in earlier period in the 1970s – everything seems a lot grimmer.

It’s the story of Logan and his experiences as the first black officer in the Metropolitan Police Force.

Logan turned his back on a career in cancer research to become a police officer and the drama explores the complex contours that went into that decision.

His father was virtually framed by the police and is charged with attacking them and faces prison – his only crime to them is being black.

The retired Leroy Logan talked to the writers and when Newland came to write the script, he could call on the police officer any time.

“To think this story almost never got told,” Newland said. “He (Logan) had total belief that he could change the system and he was so confident about that.”

Logan believed change could come from within – through personal example and set out to do it – he appeared in many campaigns and finds kinship with an Asian officer who eventually finds the racism inescapable.

“His (Logan’s) reasons for joining the police are pure and there are parallels I saw in my own relationship with my father.”

“My father and me had been close. I knew how to do that. I knew the importance of showing a close (black) father and son relationship. You don’t see that much on TV.”

Earlier this year before anyone beyond an editing suite had seen either ‘Mangrove’ or ‘Lovers Rock’ they had been selected to have their world premieres at the Cannes Film Festival.

Two films made for TV with a 100 per cent main black cast and set in a particular area of West London. A small patch of London and one particular community placed on probably the most important pedestal for films anywhere on this planet.

Imagine then, a wholly talented black British cast and their director and those pictures from the Palais’ press terrace being beamed around the world.

Sadly, the pandemic put paid to the festival this year, but the films did triumphantly travel the global festival circuit and ‘Mangrove’ opened London Film Festival (October 7-18), and ‘Lovers Rock’ screened on its last day.

“We are edging towards a renaissance in black British cultural production, “It’s not just about music, it’s about Michaela Coel (and her genre-defying BBC One drama, ‘I May Destroy You’ screened earlier this year), novels, visual art, Lewis Hamilton killing it and making history (as the most successful Formula One car racing driver ever), or Kano’s seminal work in music and video, everything’s firing right now.”

“I don’t know what or why this is, but I am very grateful, and take huge inspiration from it.”

The Small Axe films represent a history – both culturally and specifically, and they are part of the fabric of Britain – now – as indivisible as a pattern on a bedspread.

This is the best of British cultural production – not just black British.

“It speaks of omission and silence. It’s what I’ve been doing for 20 years now, telling these stories” Newland said. “I don’t feel I have changed in my outlook or the subjects I want to talk about. This is what I do.”

He has a number of TV and Film projects on the go and he will have a novel, ‘A River called Time’ and a collection of short stories published next year. It will be his sixth novel and third short story collection.

This part of British life is no longer hidden or seen in terms of simply problematic narratives. That, surely thanks to the Small Axe series, is change. These stories must continue…

All on BBC One 9pm
BBC i-player: https://www.bbc.co.uk/iplayer/episodes/p08vxt33/small-axe

Small Axe will also go out on Amazon Prime

Privacy & Cookies: This site uses cookies. By continuing to use this website, you agree to their use.
To find out more, including how to control cookies, see here: Cookie Policy
← Darbar – Mavin Khoo talks Indian Art, bharatanatyam and being inspired himself by other artists… (interview)
Darbar Festival – Akram Khan on reconnecting the body, excellence and this year’s focus on duets and collaboration… →