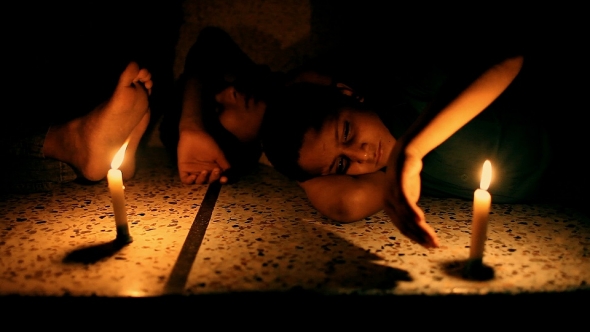 Khakan Qureshi assesses a new film that has been screened in Britain for the first time to show another side of Pakistan, highlighting several unsung heroes…

I MANAGED to speak to one of the directors, of the film, “These Birds Walk,” Omar Mullick, just before the audience was requested to take its seats in the auditorium in Birmingham, where I saw the film on Saturday (April 26).

Mullick came across as a genteel, very focussed, yet unassuming character. He had an air and a presence about him that appeared to be natural, unpretentious and very grounded or down to earth.

You wouldn’t think that he was a New York film maker and his documentary has won several awards, including the Sundance Film Award and an excellent review in the “New York Times“.

He explained that his co-director, Bassam Tariq was unable to attend this screening due to other commitments, but provided a simple explanation as to how this documentary came about.

Mullick had been a war reporter and photographer and was searching for ways to portray Pakistan and its citizens in a less stereotypical way.

He wanted to move away from images that reinforced the idea of Pakistan being full of Islamic fundamentalism and the constant bombardments of the images of terrorism, oppression and women in burkhas.

What Mullick sought was a more human interest story, with compassion, empathy understanding and the power to educate.

He told me that it was a story that wasn’t manipulated or pushed to make the viewer feel a certain way.

It was meant to be a snapshot of life for people in the cities and slums of Pakistan with universal issues. It was up to the viewers as to how they felt before, during or after seeing the documentary that was the important “objective”.

So, during his research, he had asked around and his mum told him about Abdul Sattar Edhi, a 90-year-old humanitarian who lived amongst the poor and had founded the Bilqis Edhi Foundation, dedicated to serving Pakistan’s abandoned and abused women and children.

This intrigued Mullick and time and time again, Edhi’s name was mentioned by the majority of people he spoke to and originally, he thought he had found his subject matter. But this changed when during filming, he met a young runaway. Then, it became a question of “what does home mean?”

Does it hold any resemblance or resonance to “Slumdog Millionaire”?

“No,” said Mullick. “As much as I love that film, I can see where some people would make those comparisons but These Birds Walk is just about life for certain individuals. It’s not a love story or a Bollywood drama. This is real life.”

And the title itself “These Birds Walk”? Is it a reference to how some people feel they are in a cage and want to be free or something more ambiguous?

Again, Mullick said he had heard many inferences to the title but left it open to individual interpretation.

However, he did admit that he thought he would be very lucky if he just got his mum to watch the documentary, never mind that it was being released for general viewing!

“These Birds Walk” is a highly emotional, engrossing and engaging documentary. The film is shot beautifully, without any contrived imagery, the close ups portrays the innocence of the children and matches it well with the resilience of these same children living their lives on the streets or at the Edhi Foundation. Each frame was like looking at a deeply personal snapshot and it makes you almost want to reach out and help each child, wipe away the tears and share the laughter and smiles.

The relationship and dynamics of each “character” from the young runaways or orphans to the ambulance driver discussing his days and asking what is his priority – to deliver children back to their homes or dead bodies to the mortuary? These little pieces of conversation were very thought-provoking, insightful and at times, deeply upsetting but for all the right reasons.

There were scenes that were quite oppressive – for example, the main boy has his sandals stolen, and it is here which we, as the audience, question: where is the supervision, the guidance, stimulation, structure or support?

It was almost likened to the dying rooms of China but Omar assured us that there was adequate supervision and the film crew did make a judgement call to intervene as necessary. After all, the focus was on the children.

“These Birds Walk” had vibrancy, sadness, depicting the mindset of small children as if they were mature beyond their years, and there were mellow images frayed with time, music that was emotive, mixed with humanitarian issues, melancholy moments of madness and mayhem which did bring a titter or two…

It was just an incredibly lovely, moving tale of life in a city. It could easily have been life in a council estate, of “Broken Britain”, a tale of two boys in borstal, a journey of courage, hope and education in any given place.

But, as Edhi himself said at the end, “If I don’t wash and clean these children, who will?”

I could see some parallels between the story of “Slumdog Millionaire” (obviously as the focus would shift from Edhi to the young runaways) and there was a question raised that Edhi was almost the male Muslim equivalent of Mother Teresa.

Both were very altruistic and were attempting to help, support and aid the majority of the poor, vulnerable and helpless in whatever way possible.

Whether it was as a Christian missionary – or simply living amongst the poor and helping them – albeit without any state or government funding, but using private sponsorship, there is here a tale of hope and courage.

At the beginning of the film, Edhi is shown bathing young children. In the UK, with child protection and the safe guarding of children being a major issue, would you see that being a problem?

Mullick said that in three years of filming, no-one had raised that concern or issue before because as far as Edhi and the other professionals/volunteers involved in the care of the children, it was a matter of doing the best that they could to provide for the children. For those involved, it was a matter of being honest, honourable and acting with integrity. Who else could wash, dress and feed these children?

During the fight scenes, how did the film crew respond?

“Sometimes, we could see it was child’s play as they were laughing and joking, but other times, when we could see tears and it was getting out of hand, we had to stop filming and intervene,” said Mullick.

Sometimes, it appeared that the families didn’t want the children back or seemed to use and abuse the Edhi Foundation. How is that managed?

“The Foundation is there to help, support and educate. Children and families are given choices. Some children do decide to stay on as it can provide them with opportunities they wouldn’t have otherwise.

“But some do choose to go home and stay there. When they go home and the doors close, we can’t say what happens to them afterwards. But we have kept in touch with some of them and followed their progress,” explained Mullick.

At such a young age, the issue of marriage raises its head. What can be done to change that?

“Unfortunately, we are all too aware that it is a cultural thing but hopefully, with education and funding we can change that,” commented Mullick.

Finally, why did you choose the Edhi Foundation for the documentary?

“Most government or professional agencies are mistrusted and the Edhi Foundation works as a Humanitarian Aid to support the health, welfare and wellbeing of others. Seventy per cent of the population are more trusting of his services than any of the others,” explained Mullick.

“These Birds Walk” now on @itunesmovies VOD & Digital and DVD in April.
For details see: www.marapictures.com

The British Pakistan Foundation sponsored the film screening of “These Birds Walk,” in association with Mara Pictures in Birmingham on April 26. This screening was sponsored by United Bank (UK)
www.britishpakistanfoundation.com
Email:info@bpfuk.org