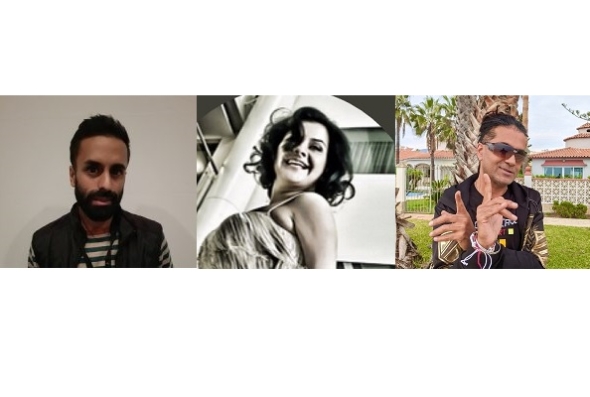 AMONG those announced in this year’s New Year’s Honours List is actor Nina Wadia (OBE) of ‘Goodness Gracious Me’ fame, singer Apache Indian (British Empire Medal/BEM, whose name is Steven Kapur) and dancer and choreographer Aakash Odedra was awarded an BEM.

Humza Arshad (BEM), who first shot to fame with the Bad Man Youtube comedy channel, was also among those in the list released late last night.

In the arts sector – Wasifi Kani received a CBE for her services to music. She runs the Grange Park Opera in Sussex.

Also recognised with a CBE was Professor Bashabi Faser for her services to education, culture and integration in Scotland. Professor Fraser is a children’s writer, editor, translator and academic. She is the co-founder and director of the Scottish Centre of Tagore Studies and chief editor of the academic and creative digital journal, Gitanjali and Beyond.

Chitra Sundaram was awarded an MBE for services to the South Asian Dance sector; Anand Bhatt, the co-founder of Aakash Odedra Company, who also has done community work in Leicester received a BEM.

Catherine Sinnadurai, is also a BEM recipient for her services to dance education, training and performance work.

ACV contributor Khakan Qureshi is also a recipient of a BEM for his services to LGBT Equality. He is activist and writes and speaks up and down the country, championing equality for all.

Philanthropist Anita Goyal was named an MBE for services to Diversity and female empowerment. The ex-teacher reached more than 10,000 women with campaigns on female genital mutilation, menustrual discrimination and human trafficking.

Note: The space gap at the top is deliberate and an attribute of the lead picture

Privacy & Cookies: This site uses cookies. By continuing to use this website, you agree to their use.
To find out more, including how to control cookies, see here: Cookie Policy
← London Indian Film Festival 2019 red carpet (see gallery)
‘Article 15’ – Why I had to make this film about caste violence, director Anubhav Sinha tells acv on day of world premiere at LIFF →