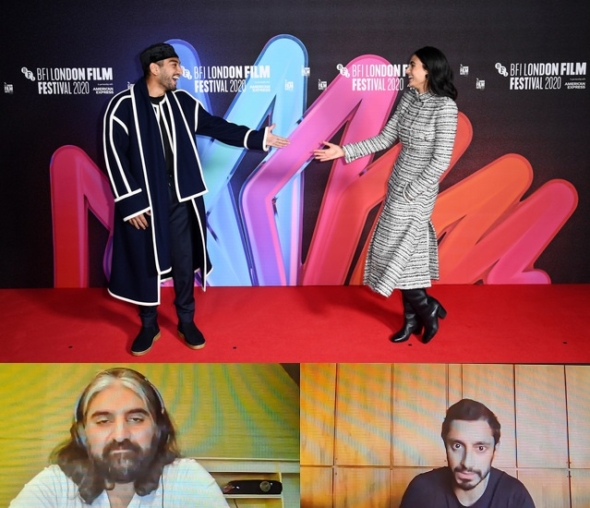 Speaking to critic Kaleem Aftab yesterday (October 11), Ahmed said that his early career was dominated by films that he was personally committed towards and he enjoyed the collaborative and creative process behind them.

As he became more successful, and worked in the US, he played characters who did not have any discernible ethnic identity (within the film) – citing, ‘Nightcrawler’ (2014) as a breakthrough role in this regard. And while he got the lead part in ‘The Night of’ (2016) playing a Pakistani American and won an Emmy for it, he said it came at a time when he hadn’t worked for a while and was worried about the progress of his career.

Success and visibility in the US opened doors – he appeared in ‘Rogue One: A Star Wars Story’ (2016) – and said it also made a return to more independent and more personal films possible too.

His latest film, ‘Mogul Mowgli’, which he co-wrote with director Bassam Tariq is a deeply personal affair and had its first screening at the festival on Saturday (October 10).

He also discussed his part in the film, ‘Sound of Metal‘ – which acv saw in Toronto last year and talked to him about it. It is earmarked for a November cinema release and will screen on Amazon Prime later.

In ‘Mogul Mowlgi’, Ahmed plays a successful British rapper, ‘Zed’ (‘Zaheer’) who is on the cusp of a global breakthrough, when he becomes ill is forced to return to his London parental home, having been on tour in New York.

The film film has physical screenings at LFF tomorrow as well (October 13). It is not available on i-player.

Ahmed told Aftab that he wanted to explore the many strands of modern British identity and “the richness of the mongrel experience of London” in the film.

You can watch the talk yourself – click on the link below or on the Ahmed picture above.

Several actors and creatives from ‘Mogul Mowgli’ walked the red carpet on Saturday – see below.

Acv also interviewed director Bassam in a LFF zoom and has also spoken to other leading actors involved in the film. Anjana Vasan plays ‘Vaseem’ – Zed’s long-suffering business manager and Nabhaan Rizwan is ‘RPG’ – and Zed’s biggest rival. Our interviews will be out ahead of the UK release of the film.

The film goes out on general release in the UK and Ireland on October 30.

Earlier yesterday (October 11), Aftab discussed how Asian directors are changing the narrative and widening the scope of British filmmaking and its subjects in a talk entitled, ‘British Doosra Movement – New Images of the British Asian Experience’.

He was in conversation with three directors whose films all screen at the festival this year.

Aleem Khan’s first feature, ‘After Love’ would have been in Cannes, but gets its first screening on Thursday (October 16) – check link below. Dawinder Bansal’s ‘Jambo Cinema’ and Hardeep Pandhal’s ‘Happy Thuggish P**i’ are both available to view in different sections – Bansal’s in the shorts and Pandhal’s in Experimenta. The short film festival strand is available until October 30. Click on the picture to watch the Doosra debate.

You can watch the film from Bangaldesh tomorrow, ‘The Salt in Our Waters‘ screens online on BFI-player from 6.30pm tomorrow – see link below…

*’The Salt in Our Waters’ screens online on BFI-player from 6.30pm tomorrow
https://www.bfi.org.uk/london-film-festival/screenings/salt-our-waters-nonajoler-kabbo

All pictures below, except where indicated ©BFI/Getty Images by photographer Gareth Cattermole

Privacy & Cookies: This site uses cookies. By continuing to use this website, you agree to their use.
To find out more, including how to control cookies, see here: Cookie Policy
← ‘The Sky is Pink’ – Director Shonali Bose’s powerful message with talent Priyanka Chopra, Farhan Akhtar and other talent talking about roles in film…(video)
‘Hustlers’ – Who was exploited? Jennifer Lopez and Constance Wu are terrific in this American crash tale… →