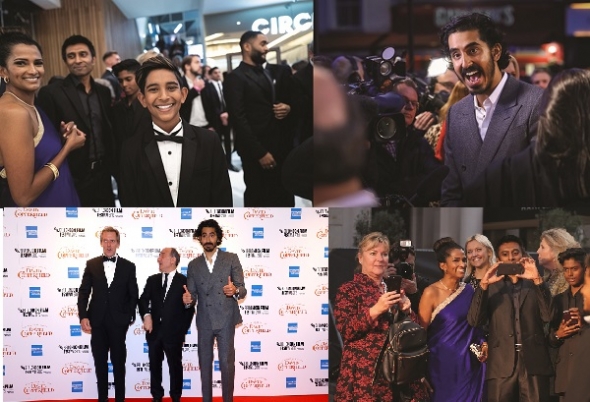 DEV PATEL was right in the spotlight and so were two others who play him as the young David Copperfield as their film, ‘The Personal History of David Copperfield’ , opened the London Film Festival (October 2-13) last night.

See the pictures below.

The film is expected to be released in the UK in early January 2020.

A trailer dropped for the first time yesterday…

More from us here

The trailer was released yesterday (October 1)…

All images: Courtesy of GettyImagesforBFI

Privacy & Cookies: This site uses cookies. By continuing to use this website, you agree to their use.
To find out more, including how to control cookies, see here: Cookie Policy
← Bally Gill as Royal Shakespeare Company’s leading man in imaginative and contemporary staging of ‘Romeo and Juliet’…
Beyond the clouds (review): Stirring human drama has much to recommend it – not least a charasmatic lead and support… →