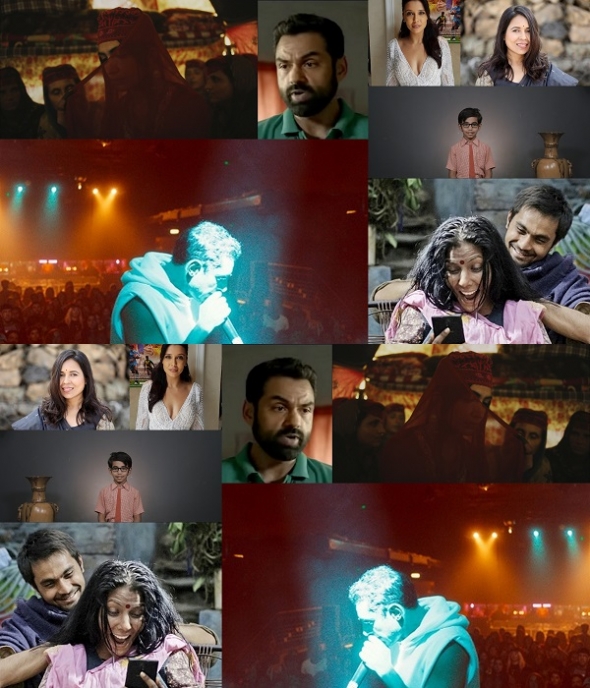 RIZ AHMED’S latest and explosive film is set to enjoy its world premiere at the Berlinale (the Berlin International Film Festival) which opens tomorrow (February 20-March 1).

www.asianculturevulture.com will be in Berlin to cover the premiere on Friday (February 21).

Ahmed plays ‘Zed’ a British Pakistani rapper who’s on the brink of international success, only to be felled by illness and a forced return to the family home.

Back in Britain, there are haunting memories – a difficult time growing up, his father’s traumatic fleeing of India during Partition and continuing questions about his own cultural legacy and place in it.

Co-written by Ahmed himself and made by debut narrative (fictional) feature director US-based Bassam Tariq, this film has a trio of producers behind it – Pulse Films, Silvertown Films and Ahmed’s own production outfit, Left Handed Films. The BBC are among are those who have also contributed finance. Film sales are being handled by French-based Charades.

Ahmed has not commented publicly about the film recently – which is the second made by Tariq.

In 2014, acv correspondent Khakan Qureshi saw Tariq’s first feature – a documentary film ‘These Birds Can Walk‘ and was impressed, describing it as “emotional, engrossing and engaging”. This film premiered at South by Southwest Festival (SXSW) in 2017 and can now be seen on Netflix.

Ahmed’s most recent tweet (at the time of going to press this evening) was about ‘The Long Goodbye’ – his live musical stage show which will have its world premiere on March 26 in Manchester as part of the Manchester International Festival’s launch of new venue The Factory ahead of the festival proper itself next year.

‘The Long Goodbye’ is described as ‘as a close-up look at the break-up of a toxic relationship with the country you call home’.

The star has added two dates to three he is playing in Manchester and will take the show to New York and to a “secret location” for April 3 and 4.

The film is about a young man whose job it is to keep away rhesus monkeys from Government buildings in New Delhi. But the situation is complicated by the fact that many people indulge the monkeys because of the association the creatures have with the Hindu, part monkey-part human deity, Lord Hanuman.

Debutant narrative feature filmmaker Prateek Vats is a graduate of the Film and Television Institute of India (FTII) in Pune and his first feature length film was the documentary ‘A Very Old man with Enormous Wings’.

Enjoying its world premiere and in the Berlinale Encounters section is ‘Laila aur satt geet’ (‘The Shepherdess and the Seven Songs’) by Pushpendra Singh. Inspired by the 14th century Kashmiri mystic Lalleshwari, also known as Laila or Lal Ded, it is a tale that mixes, myth, romance and powerful emotions. A temptress, she weaves a spell some find irresistible – despite being married and set in a region and contemporary times (it appears) where the police and military are on their guard for every wrong move.

Director Singh is a graduate of the FTII Pune as well, and has made three previous features, ‘Lajwanti’ (2014) and ‘Ashwatthama’ 2017 and the hybrid docufiction ‘Maru ro moti‘ (‘Pearl of the desert’ (2019). The film screens for the first time next week (Friday, February 29).

Screening in the Generation Kplus section is ‘Sthalpuran’. This part of the Berlinale is for films that may appeal to children – above eight with regards to this film by Akshay Indikar. Set on the Konkan coast, it chronicles the date of eight-year-old ‘Dighu’ who with his mother and sister have moved to join their grandparents – following the mysterious disappearance of the father.

It is described as a tender tale about coping with change and loss. A graduate of FTII Pune and emanating from a family of nomads, his second feature ‘Trijya’ premiered at the Shanghai International Film Festival and was shortlisted for a clutch of awards and has featured in several other international film festivals. ‘Sthalpuran‘ has its first screening next Wednesday (February 26).

Both ‘Mogul Mowgli’ and ‘Eeb Allay Ooo’ feature in the Panorama section of the 70th Berlinale. The festival is split into nine categories altogether.

Indian filmmaker Rima Das, whose two last films ‘Bulbul Can Sing’ and ‘Village Rockstars’ played to great acclaim around the international film festival circuit, is in Berlin as one of three filmmakers on the 14plus category jury. She is joined by Iranian Abbas Amini and South African Jenna Bass. This section highlights films of special appeal to young people.

Das reacting to her selection to this jury said: “Being on the jury of Berlin International Film Festival is a huge honour and responsibility.

“I feel blessed that I have got this opportunity at an early stage in my journey. It’s only last year that ‘Bulbul Can Sing’ was part of Generation 14 Plus.

Playing in the market section of the festival and set to come to the UK in April is the Kalinga Institute of Social Sciences (KISS)-inspired rugby film, ‘Jungle Cry’, which features Bollywood star Abhay Deol.

Kiss is a school and college for children who might not normally be in formal education – and has boarding facilities for its children from tribal villages. It is in Bhubaneswar, Odisha, eastern India and was set up by Achyuta Samanta, a pioneering teacher and scientist. Thousands attend the school.

‘Jungle Cry’ tells the remarkable story of a group of young tribal boys based at Kiss, who learn to play rugby with a British and Indian coach (played by Deol) and then conquer the world by winning a global tournament at Twickenham, the home of English rugby.

Starring Deol and US actor Emily Shah, and produced by Bollywood Hollywood and LA-based Prashant Shah (‘My Name is Khan’), the film was shot partly in Wales and was the subject of a soft launch in Cannes last year.

TheBerlinale starts with a gala opening tomorrow evening – where all the juries will be presented and many stars and special guests in attendance. The opening film is ‘My Salinger Year‘ directed by Philippe Falardeau and starring Sigourney Weaver, among others.

Privacy & Cookies: This site uses cookies. By continuing to use this website, you agree to their use.
To find out more, including how to control cookies, see here: Cookie Policy
← International Film Festival of India (IFFI): Bollywood glamour and glitz helps to get 49th edition under way as Akshay Kumar attends
Alyque Padamsee: A personal appreciation and the UK connection for a man of theatre, advertising and film (obituary) →